And why is the Chief of Military Intelligence still in office? Two comments on recent events

Egyptian Forces in Sinai: Several reports indicate that Egyptian military forces have entered Sharm el-Sheikh, in Sinai. Rumors also say this is where Mubarak is at the moment.

The entrance of Egyptian military forces into Sinai is prohibited by the Egyptian-Israeli peace treaty, to which the US is a guarantor. Lisa Goldman and myself tried to get a reply from the IDF Spokesman, to no avail. The spokesman of the Foreign Ministry, Yigal Palmor, gave Goldman the following response: “We will have to analyze the situation. We are under clear instructions not to make any comment on the Egyptian situation, no matter what. So it’s not as though we’ll have an answer later on. You’ll just have to wait and see, okay?”

It’s hard to believe the IDF is not aware of Egyptian army movements into Sinai, which is technically an invasion and a breach of the peace accords. If the Egyptians acted without coordinating their movements with Israel, this is very troubling news; such a move, after all, led to the Six Days War. If the act was coordinated, then someone in the government has to explain under what authority he acts. The peace accords were approved by the Knesset, and changing them would conceivably require its approval. Furthermore, the issue raises the question of whether Israel supports the Mubarak regime against is own citizens.

LOL! On January 25th, the Egyptians flooded the streets, a date which granted the uprising its hashtag, #Jan25. On that very day, the cruel Lord opened the mouth of the ass, Chief of Military Intelligence Maj. General Aviv Kochavi, and he told (Hebrew) the Knesset’s Foreign Affairs and Security Committee that “at the moment, the stability of the Egyptian regime is not at risk”.

You know how that turned out. Now, Military Intelligence (AMAN) and Israeli intelligence in general have a long series of screw-up regarding foreseeing the future, which admittedly is not all that simple. In 1967, AMAN estimated there will be no war. Its failures before the Yom Kippur War need no mentioning. When the Iraqi-Iranian war broke out, it estimated it will last three weeks. Eight years later, it estimated the war will end in two or three years; it ended within a few weeks. The Mossad brought us into Lebanon in 1982, woefully overestimating the Phalanges. AMAN failed to foresee the Sabra and Shatila massacre, even though concluding that sending the Phalanges to deal with their mortal enemies two days after their leader was assassinated may not be a good idea is not precisely rocket science. The GSS failed to foresee the First Intifada – or, when you think about it, the Second one as well. Prior to the First Gulf War, AMAN estimated Saddam Hussein won’t lob missiles at Israel; he did. On the eve of the Second Gulf War, AMAN warned Hussein may fire in desperation the rest of his WMD arsenal at Israel, not realizing no such arsenal existed. Faulty intelligence delivered to the American intelligence community by AMAN was one of the factors contributing to the invasion of Iraq in 2003. And of course, we have the yearly prognosis of the Chief of Intelligence, telling us Iran will have the bomb by the next autumn.

The Agranat investigative committee decided, back in 1974 – following the fiasco of the Yom Kippur War – that AMAN must be stripped of its position of national evaluator, and the IDF managed to work its way around that recommendation for 37 years. After the failure of intelligence during the Second Gulf War, the Steinitz committee decreed that Unit 8200, AMAN’s sigint unit, ought to become an independent agency, not reporting to the Chief of Intelligence. Nothing of the sort happened.

Now that we’ve seen AMAN at its best once more, perhaps its time to retire Aviv Kochavi, dismantle AMAN, and create a new national evaluation unit, one which is not under the command of generals and can bring civil society, too, into its estimates. The Intelligence Command, for its part, may keep doing what it’s good at: following enemy unit movements.

Unlikely, though. It didn’t happen after the shock of the Yom Kippur War, so why would it happen now?

BECOME A MEMBER
More About aman 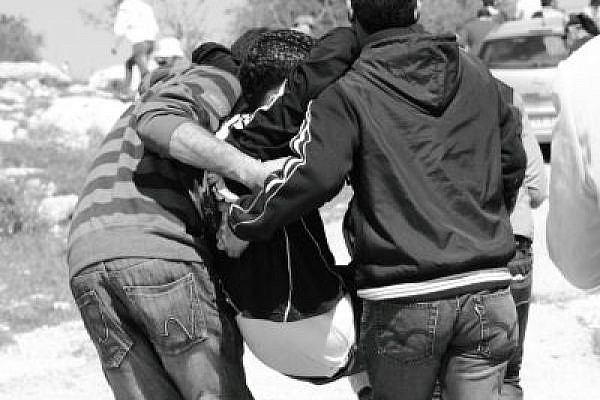 Military Intelligence monitors “de-legitimization”
The army joins the fight against “de-legitimization”, will watch BDS groups Silently, without a shred of public debate, AMAN-Research – the research arm of military intelligence, possibly the most error-prone part of the IDF – created (Hebrew) a new department. Its office would be to proudly represent the army in the new Zionist front, the…
By Yossi Gurvitz March 22, 2011 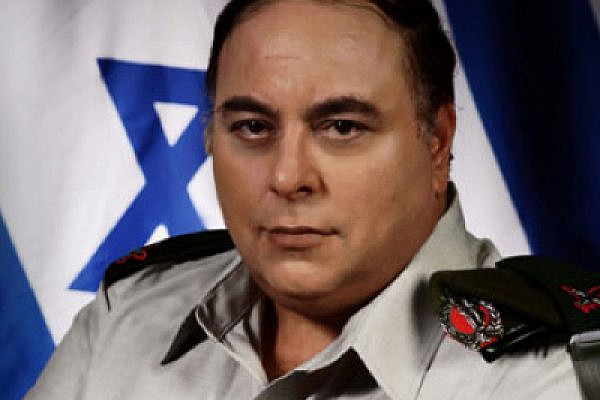 The IDF spokesman’s war on freedom of the press
Following an 1992 IDF military training debacle known as the Zeelim B scandal, an Israeli general named Uri Sagi, then serving as chief of AMAN (military intelligence), was interviewed for the domestic media. During the interview, the journalist noted that the IDF Spokesman gave a version of events that directly contradicted Sagi’s. The general, always…
By Yossi Gurvitz October 2, 2010 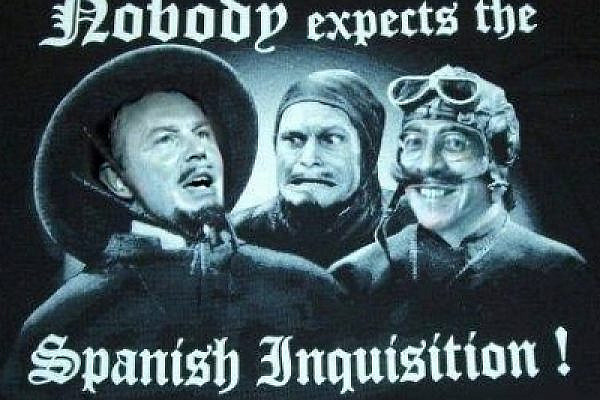 The Jewish problem
Haaretz published on Sunday an article headlined “A third of Spaniards hold a negative opinion of Jews.” In the article, journalist Barak Ravid notes that the survey was commissioned by Casa Sefarad-Israel, an organization created inter alia by the Spanish Foreign Ministry; and that it concluded that the rise in anti-Semitism was mostly due to…
By Yossi Gurvitz September 14, 2010