Avigdor Lieberman’s party, Yisrael Beitenu, owes much of its clout to flying the secularist banner and opposing the growing religious influence over Israeli public life. So why aren’t they standing up against gender segregation? Put simply, they now have much bigger fish to fry. 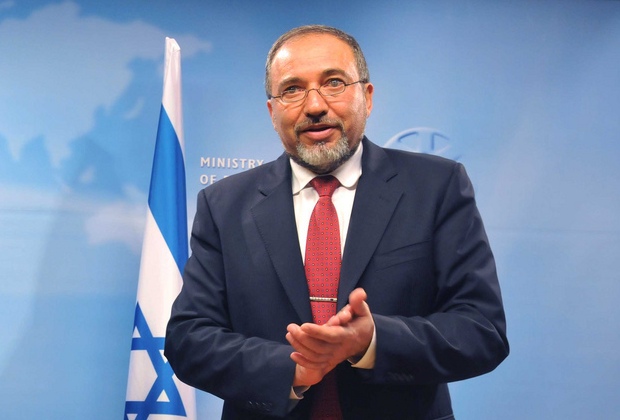 The subject of segregation between men and women in Israeli public spaces continues to dominate the news. Tanya Rosenblit, the student already dubbed the Israeli Rosa Parks for refusing to move to the back of a “kosher” bus, has met yesterday with Transportation Minister Yisrael Katz and became the target of a smear campaign. Utra-Orthodox journalist and commentators accuse her of staging a provocation (well duh: any challenge to a despicable status quo is a provocation, in the best sense of the word), of threatening to strip her clothes and/or to sing (!), and, somehow, of perpetuating negative imagery of ultra-Orthodox in the media and thus being to blame for the brother of one of the commentators not being able to find a job. Meanwhile, scarcely a day passes without a news item about yet another  public space or event going gender-segregated – be it a university gym or a municipality-sponsored lecture. But one voice is conspicuously meek and quiet in that debate: that of Foreign Minister Avigdor Lieberman’s party, Yisrael Beitenu.

At first glance, it is surprising, because Yisrael Beitenu fought all of its election campaigns on a hardcore secularist-nationalist platform, championing the cause of civil marriage – a vital issue for Lieberman’s power-base of over 1 million Russian-speaking Israelis, about 300,000 of whom are barred from wedding in Israel’s ultra-Orthodox controlled rabbinate. Wouldn’t the gross violation of the already skewed “status quo” between church and state form an ideal opportunity for Lieberman to boost his secularist credentials? Well, no: Lieberman only spoke out on the culture war as late as this morning, on the occasion of the pulling of Energy Minister Uzi Landau’s bizarre bill providing for omnipotent Kashrut inspectors at power stations, complete the authority to cut off Israel’s electricity if they deemed it not kosher enough. But Landau is Lieberman’s man and a senior party member; it’s hardly conceivable he’d have launched such an ambitious legislative project without the knowledge of his boss. So what gives?

The simple answer is that Lieberman has long since transcended his original electorate. He is no longer “that Russian politician,” he’s as Israeli as they get. He doesn’t think about the preferences of a minority group – Israel’s second largest cultural minority though it may be. This is partly because he is quite sure most of them will vote for him for lack of alternatives, but it’s mostly Lieberman is aiming for the top and is thinking big. This is why, on the international stage, he could afford to profoundly offend his own electorate by endorsing the results of the parliamentary elections in Russia – an endorsement ultra-right Russian-Israeli Channel 9 describes as “an infuriating, indolent lie”. And this is why, on the home front, he avoids raising a ruckus around women’s rights: Lieberman wants to be prime minister – he has a very good chance if, say, Likud and Kadima sink into the already simmering infighting ahead of the next elections – and it’s quite obvious that the ultra-Orthodox parties will form the backbone of any coalition he is likely to construct. No reason to alienate them so early on. Moreover, it is extremely unlikely voters will punish Yisrael Beitenu on failing to stand up for women – they’ll vote for it as a proponent of stability and/or determined nationalism, where few Israeli politicians can compete with the foreign minister.

Lieberman is paying the advance for his future cabinet. As is often the case in many a party, when the stakes are so high, women’s rights can go hang.