Israel’s revocation of permits and closure of Yatta this week reflect its need to keep the Palestinian issue at bay by controlling and threatening their people for every action of a few. 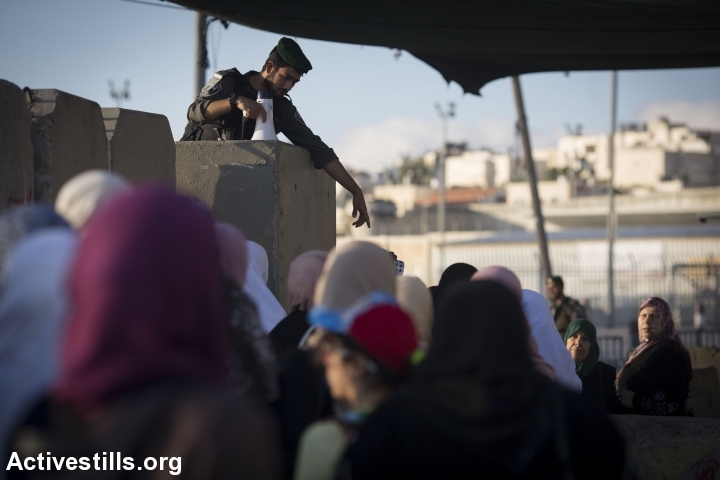 Palestinian women enter an Israeli military checkpoint on their way to Al-Aqsa Mosque for prayers on the first Friday of Ramadan, June 10, 2016. Men and women over the age of 45 were allowed to visit the mosque but Israeli authorities suspended some 83,000 entry permits issued for the Muslim holiday in response to a shooting attack in Tel Aviv. (Oren Ziv/Activestills.org)

A Palestinian family from Nablus was supposed to visit their relatives in an Arab town in Israel for Ramadan later this month. They were especially excited that they would get to see the beach in Jaffa for the first time, which despite being only an hour’s drive away was normally inaccessible to them as residents of the West Bank. But on Thursday morning they were informed that they couldn’t go anymore: their permits to enter Israel had been revoked because of a shooting in Tel Aviv by two Palestinian gunmen on Wednesday evening.

The family had nothing to do with the attack in Tel Aviv. But the Israeli government seemed to think otherwise when, just a few hours after the incident, it suspended the permits of 83,000 Palestinians from the West Bank and Gaza who had hoped to see distant family members, vacation in cities in Israel, and pray in Jerusalem during Ramadan. On the same day, the Israeli army sealed off the shooters’ hometown of Yatta near Hebron, trapping its 64,000 residents while soldiers raided homes in search of the attackers’ accomplices.

For many Israelis, these heavy responses are logical security measures: they can increase the chances of achieving operational goals, and deter others from committing similar attacks by demonstrating the severe consequences for such actions. 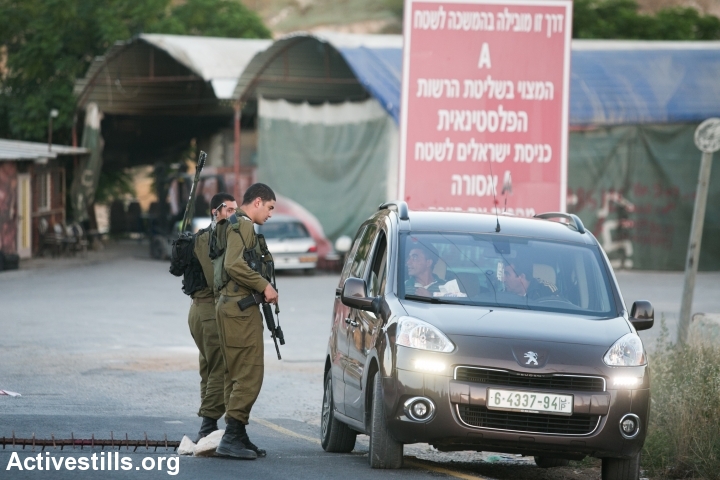 File photo of Israeli soldiers stop Palestinians at a flying check-point at the entrance to the West Bank city of Hebron after a complete closure was put on the city following the kidnapping of three Israeli teens in 2014. (Photo by Yotam Ronen/Activestills.org)

This approach, however, is abhorrently illegal and immoral – and simply doesn’t work. Collective punishment has been Israel’s main response to Palestinian altercations of any kind for decades, from demolishing the homes of Palestinian attackers’ families to imposing a blockade on 1.7 million people in the Gaza Strip. Yet all these policies have failed to dissuade Palestinians from resenting the occupation or from resisting it violently or nonviolently. If anything, they only refuel Palestinians’ antagonism, feed the cycle of violence, and make future attacks all the more likely.

The damaging effects of collective punishment are well known to many Israeli decision-makers. But in their unwillingness to address the conditions that fuel Palestinian violence (the occupation being a principal source of them, as Tel Aviv mayor Ron Huldai stated this week), they have stuck to the same oppressive policies of the past in order to contain the problem rather than solve it. Collective punishment has thus become less of a thought-out strategy and more of an addictive habit to simply alleviate the Israeli public’s and politicians’ insecurities.

Many Israelis refuse to question these methods not only because they believe that the state knows what is best for their security, but because it fits with their view of Palestinians as a hostile population that deliberately breeds anti-Israeli hatred and violence. For them the issue is not with the occupation or a few belligerents, but with Palestinian society, politics, and culture as a whole, making collective punishment the most rational approach to tackling the “real” cause of the problem. Under this view, the family from Nablus isn’t angry because their rights and hopes were taken away from them; they’re angry because that is how they were raised to be. 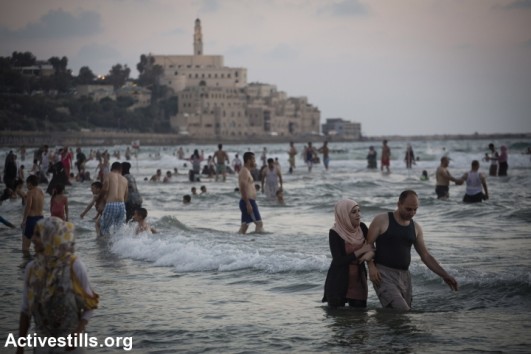 The international community doesn’t buy these arguments. This week the UN High Commissioner for Human Rights stated that the revocation of permits “will only increase the sense of injustice and frustration felt by Palestinians in this very tense time.” France’s Foreign Minister said yesterday that the decision “could lead to a risk of escalation.” The U.S. State Department, while affirming its backing of Israel, warned that the army’s actions should be “designed to also take into consideration the impact on Palestinian citizens that are trying to go about their daily lives.”

These statements are important, but they are not enough to force Israel to kick its addictive use of collective punishment. The revocation of permits and the closure of Yatta merely reflect Israel’s need to keep the Palestinian issue at bay by controlling and threatening their people for every action of a few. In other words, for the state, all Palestinians must be viewed as culprits. Until that changes, hundreds of thousands of families like the one from Nablus will continue to be the victims of Israel’s destructive behavior – and more will believe that violence may be the only thing that brings that behavior back to the world’s attention.