By dreaming up an association between Hamas and Islamic State, Netanyahu hopes Israel will have it easy the next time it goes to war against Gaza.

The head of Israel’s military government in the territories, Maj.-Gen. Yoav “Polly” Mordechai, spearheaded the latest round of Israel’s fantastical, anti-intellectual conflation between Hamas and ISIS this past week. Taking advantage of the horrendous attacks by an ISIS affiliate in Egypt’s Sinai Peninsula, Mordechai told Al Jazeera Arabic that Hamas is aiding the world’s most terrifying terrorist organization—by bringing its wounded fighters into Gaza for medical treatment.

The attempt to make a connection between the two groups is nothing new. In fact, facts be damned, Israel—and the Netanyahu government in particular—has a rich history of conflating Hamas with whichever evildoers it deems most expedient at the time. Making the ISIS, connection, as Larry Derfner reported in great depth last year, has been Netanyahu’s primary strategy for de-legitimizing Hamas since last summer’s war in Gaza.

Maj.-Gen. Mordechai’s accusations are expedient for many reasons. Firstly, Hamas’s relationship with the Egyptian government has gone from bad to worse since the overthrow of former president Muhammad Morsi. In recent weeks, however, a détente of sorts has begun to take shape, most recently evidenced when Cairo reversed an earlier decision that had declared Hamas a terrorist organization. It is no secret that the current Israeli government believes it is in its interest to ensure that Egypt remains adversarial toward Hamas, and what better way to advance that goal than to tie the latter to ISIS.

Secondly, Netanyahu hopes that the more he can concoct an association between Hamas and ISIS, against which there is an international consensus that any force is justified, then Israel will have an easier time the next time it goes to war against Gaza. Never mind the absurdity of actually comparing the ideology, goals, tactics and identity of the two groups. The only thing more absurd would be to compare ISIS to Iran. In addition to the fact that ISIS is a fanatical Sunni group and the Iranian regime is Shia, Ishaan Tharoor wrote in The Washington Post earlier this year, “Iran’s theocratic rulers are hardly champions of religious pluralism and tolerance, but they are not crazed fundamentalist jihadists, bent on smashing idols and butchering religious minorities.” 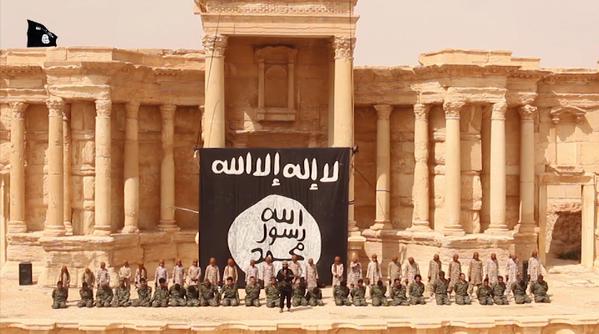 But Mordechai’s “proof” that Hamas is supporting ISIS follows in a long line of hasty Israeli-constructed connections between terrorist groups in Sinai and Hamas and other groups in Gaza. In 2011, after a well-planned cross border attack from Sinai left eight Israelis dead, IDF Spokesperson Lt.-Col. Avital Liebowitz offered almost-comical evidence that the Sinai terrorists came from Gaza. Liebowitz’s claims rested primarily on the fact that the terrorists were found to be “using, for example, Kalashnikov bullets and Kalashnikov rifles, [which] are very common in Gaza.” The AK-47, of course, is the most popular assault rifle in the world. A year later we learned that there was never any real connection between those responsible for the attack and the Gaza-based Popular Resistance Committees, against which Israel launched an air campaign justified by false information. That mistake nearly led to a war.

There is an even more absurd element to the “evidence” Mordechai used to show a connection between Hamas and ISIS. If bringing wounded fighters into one’s territory for medical treatment constitutes a de facto alliance, then that might put Israel and the IDF into a corner it has a hard time explaining its way out of. Israel, you see, is doing the exact same thing with Jabhat al-Nusra, the Al-Qaeda-affiliated fighters along on the Syrian-controlled side of the Golan Heights. Morally outrageous and shortsighted might be accurate words for describing Israel’s decision to provide Syrian rebel fighters with medical treatment. But, based on that support, to suggest that the Israeli government and the Nusra Front are one and the same would be just as ridiculous as the concocted association between Hamas and ISIS.