Students who open up the Education Ministry’s new civics textbook won’t find a word about military rule or discrimination against 20 percent of the population. There’s a reason for that. 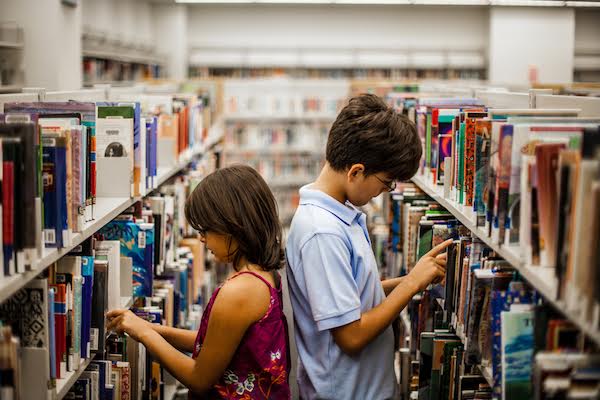 Education Minister Naftali Bennett has managed to make some changes in Israel’s civic education curriculum: it is now more religious and less humanistic. The problem is not with civic education, but rather with the state; civic education reflects reality, not those who mold it. The responsibility for reality does not fall on teachers, but on our elected leadership.

Bennett is pushing education to the right

It is true that Bennett recently fired the chairperson of the Pedagogic Secretariat, appointing Dalia Fenig in his stead. Who is Fenig? She is the one who decided that Israeli students would not be able to read a book about a relationship between a Jewish woman and a Palestinian man, because those idiots might just end up having their own relationships with non-Jews.

It is true that Bennett appointed Assaf Malach to head the professional advisory committee on civics. Malach is a settler from Ofra, a doctor who researched the legitimacy of the Jewish nation-state. He knows how to explain just why Palestinians — even if they are defined as a nation — are not entitled to a state of their own. The Jews, of course, are. Those who are not convinced by his argument are labeled “refugees of the Jewish tradition searching for a way toward global culture.” He also claimed that the Nakba is a “position taken by the enemy” and not a historical event.

It is true that Bennett himself, without the assistance of his two wonderful helpers, hold positions that belong to Ancient Greece: equal rights for those who are like me.

It is true that the Jewish Home party rewrote the civics book. And although the book has yet to be published, it has already been the subject of a hearing in the Knesset Education, Culture, and Sports Committee. The irony? Assaf Malach told the ministers, members of Knesset and others at the hearing that they “cannot interfere in the curriculum.” As if this isn’t what Bennett has been doing. He also promised that changes were not made in he curriculum (so why do we need a new book?). This argument did not confuse Committee Chairman Yaakov Margi, who summarized it nicely: “The committee cannot ignore the criticism of the way in which changes were made in the civics curriculum.” But don’t worry the Education Ministry cares little for the committee. The hearing ended on December 22 at 12 p.m. — that same day the Ministry spokesperson announced that the new book was approved for use. 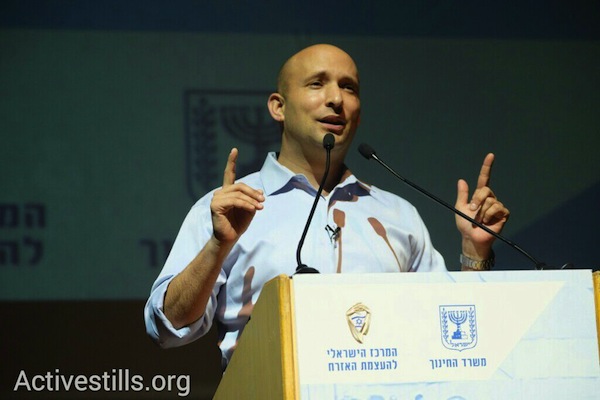 It is true that the Jewish Home party also made changes in civics matriculation exam. A recent summary of what the exam would cover strengthens the view that Israel is Jewish before it is democratic. The Association for Civil Rights in Israel (ACRI) sent a letter in protest to the director-general of the Education Ministry, while the council for civics teachers — a voluntary group — sent a letter to the Yael Goron, who oversees the civics curriculum on behalf of the Education Ministry.

The real issue, however, is with the reduction of civics education to a few simple sentences that students must learn and regurgitate during exams. The national problem is that Israel basks in its “civic democracy,” which cover up social injustices and occupation.

The Education Ministry releases a summary of the civics textbook, which is intended to release teachers from the complexity of our reality, and to feed students short slogans. These summaries were made with one goal in mind: to make the students know and think less, yet come out with a good grade. The Education Ministry publishes the short, simple sentences that students must write as an answer on the exams in order to pass.

It is true that according to the summary, democracy takes a back seat to the state’s Jewish character, and it is true that democracy is presented as the tyranny of the majority more than a protector of the minority. However, the summary also includes many other basic terms, including ministerial responsibility, Basic Law: Human Dignity and Liberty, etc. Many of these terms are listed as part of a complex public discussion, such as “judicial activism” or the “desired character of the state.” This is good and well.

But the educational mistake is the very existence of this summary. It stops teachers and students from dealing with reality and expressing an opinion on it. For instance, the summary includes a question about issues that are discussed in Knesset committees, and students are asked to remember two of four of those issues: bill proposals, approving secondary legislation, hearings with professionals, or any topic that was passed on to the committee by the Knesset plenum. This is nice. But the summary does not include a discussion on the gap between the positions of the education committee — which represents the entire public — and the positions of the education minister, who represents the majority. It is impossible to provide a short, simple answer to this kind of question. That is why it isn’t taught.

This is how generations of Israeli students do not learn how to deal with the complex reality we face. Instead, they learn to ignore it.

The problem is with the state

This kind of ignorance is at its most prominent in everything having to do with the occupation. The summary does not mention the fact that the State of Israel has held nearly three million people under military control for 48 years. This civic issue simply does not exist. And it did not exist even before Naftali Bennett was born in 1972. The summary does not include the fact that in the State of Israel, there is a minority group that is discriminated against. We can hardly blame the teachers for this situation.

On the contrary — let’s put it all out on the table. We will teach our children that this is a Jewish state, and that those who are not Jewish are worth less. We will frighten our children by teaching them that “the Jewish people is threatened by anti-Semitism,” and lie to them that “Israel does more than any other country to realize the rights of Jews to life and security” (the quotes are from the summary). We will shamelessly tell them that positions such as “Israel must be a run according to Jewish law” is as legitimate as any other. And we will not be ashamed of the fact that all Jewish citizens of Israel must marry and divorce according to the “law of the Torah.”