For Israel and settler organizations, creating a Jewish identity and presence on the access road to the Western Wall is crucial. Palestinians, on the other hand, view it as a dangerous provocation. 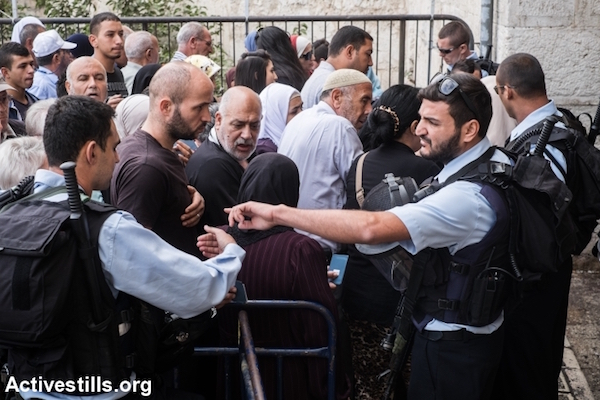 The many stabbings in Jerusalem’s Old City in recent weeks have taken place in one precise location: Ha-Gai Street, or Al-Wad Street in Arabic. While the walled city is relatively small, it is interesting to note why the political and violent struggle over Jerusalem focalizes on its most heavily guarded street.

Damascus Gate is located on the Old City’s northern wall, and is the main entryway used by Palestinians. Shortly after one passes through it, the street splits into two directions: Khan al-Zeit turns slightly to the west and continues toward the Jewish Quarter, while Al-Wad Street continues eastward down to the Western Wall plaza.

Damascus Gate and the two streets leading from it were built by the Romans in the 2nd Century, and have since become the central axes in the city. Khan al-Zeit Street intersects with David Street — which begins at the Jaffa Gate and continues east — at which point the two become Street of the Chain. Both Street of the Chain and David Street are also based on Roman-era urban planning, when the city was named Aelia Capitolina, and today they make up the central alleys of the tourist market.

On the other hand, Al-Wad Street leads to the Western Wall, and is also the central axis for Muslim worshipers who enter from Damascus to reach Al-Aqsa Mosque. Along the street there are a number of alleyways leading to the gates of the Dome of the Rock. The eastern and southern gates of the compound have been blocked for centuries; the seven gates that are open to the public are located on Al-Wad or on Via Dolorosa, which branches off from it. In contrast to the market streets, Al-Wad is the main artery for worshipers of all religions, and many who walk on it are on the way to prayer or are religious.

Al-Wad Street is also where the Ateret Cohanim organization began its plan to Judaize the Muslim Quarter. In the 1980s Ateret Cohanim Yeshiva was established at the crossroads of al-Wad and Via Dolorosa. A few years later, Ariel Sharon purchased a house in the Muslim Quarter, which is located on al-Wad. Ateret Cohanim owns several apartments along the street. A small alley branches off of al-Wad leading to the Iron Gate (Bab al-Hadid) of the Al-Aqsa compound. Next to it is an area known as the “Little Western Wall,” considered to be the closest prayer site to the Holy of Holies, outside the Temple Mount compound. This place is used for prayer by the ultra-Orthodox and by groups organized by Ateret Cohanim. 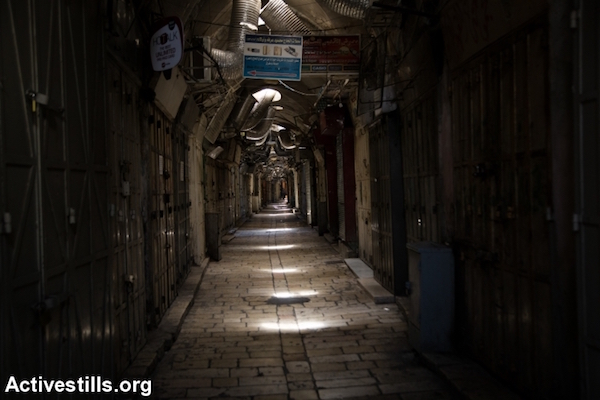 The struggle on al-Wad Street is a political one. For the State of Israel and settler organizations, creating a Jewish identity and presence on the access road to the Western Wall is very important. The street is likewise politically and religiously significant for Palestinians, because it is used by worshipers from outside the Old City and the Muslim Quarter to pray in Al-Aqsa. It seems that as long as there is tension around the Temple Mount/Haram al-Sharif compound, the street will continue to appear in the headlines.

It is unfortunate that the ancient street, which earned its fame due to thousands of years of serving the residents of Jerusalem, is getting exposure only in the context of violence and conflict. On second thought, it appears to be the only fame Jerusalem has these days.

Yonathan Mizrachi is an archaeologist and the executive director of Emek Shaveh.