In the eyes of most Israelis, democracy consists of two Jews arguing over the fate of the Palestinian. 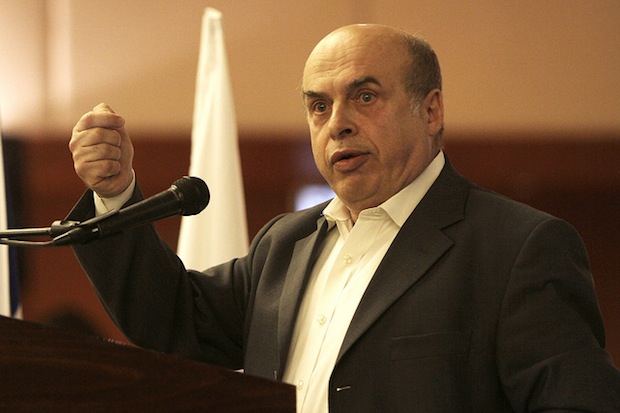 Natan Sharansky, the Chairman of the Jewish Agency, used his experiences as a prisoner of conscience in the Soviet Union in a recent op-ed in order to attack the activists of Israeli anti-occupation organization, Breaking the Silence, who do not shy from criticizing Israel’s policies in the occupied territories outside the country. Let me be clear: there are no similarities between what Jewish political activists in Israel go through and the persecution of dissidents in the USSR, and Sharansky’s contributions to human rights must never be forgotten, regardless of his current views.

But his article, which was published last week in Haaretz, includes one sentence that captures everything that is wrong with the Israeli public discussion on the occupation:

It is of course legitimate to believe that Israel’s military presence in the West Bank should be ended immediately.  But it is equally legitimate to believe that such a withdrawal would be dangerous and even catastrophic for the state. This is a political question that should be decided by Israel’s citizens through their elected representatives, not by a small group of self-appointed prophets and their chorus of foreign supporters. (emphasis mine, N.S.)

Who is missing from the picture? The Palestinians, of course. The entire idea of democracy is that everyone gets to participate in the discussion. But in Sharansky’s eyes, as in the eyes of most Israelis, democracy consists of two Jews arguing over the fate of the Palestinian. If the Jews don’t want Palestinians to have rights, they won’t have them.

Israelis do not have the right to endlessly deny Palestinians their freedom, and it doesn’t matter if that decision is made “democratically” or not. Sharansky is wrong — Breaking the Silence is right: there is nothing wrong with turning to the international community to put pressure on Israel to change its policies, since those policies are illegitimate to begin with.