For seven decades, those on the Zionist Left have been reluctant to grapple with Israel’s history of discrimination against its Palestinian minority. With the Jewish Nation-State Law, they have no choice — and that’s what really hurts. 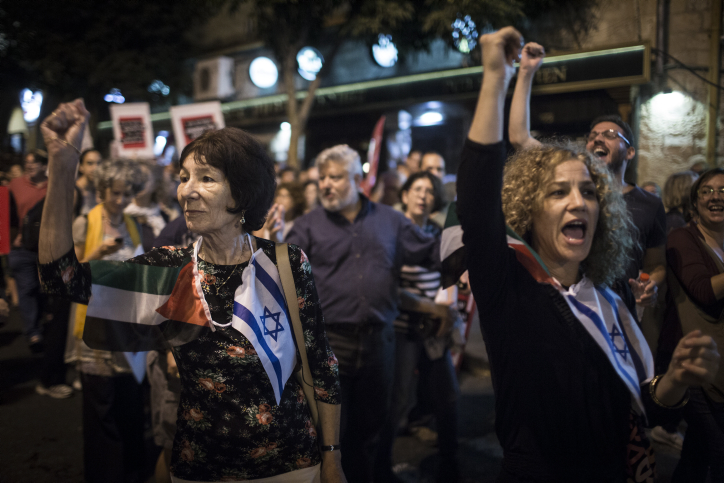 Among Jewish Israelis the response has been, well, different. According to a poll published by Walla! News, a majority of Jewish Israelis support the law. Frankly, it would be surprising if the poll found anything else. After all, the law only repeats what every student in the Israeli education system learns from day one: Israel is a “Jewish state” and Jewish settlement of the land is a near-holy act. Why should anyone think differently?

Perhaps that is why it is surprising that the vast majority of Labor and Meretz voters (left-wing but still Zionist parties) oppose the law, and that opinions are split (with a slight majority in favor of the law) even in centrist parties such as Yesh Atid and Kulanu.

The emotional response of much of the Jewish Left is not self-evident. MK Michal Rozin (Meretz), for example, wrote on her Facebook page that a “black flag” flies above the Jewish Nation-State Law, as it constitutes a “vote of no confidence in the Declaration of Independence upon which the State of Israel was founded and is based.” 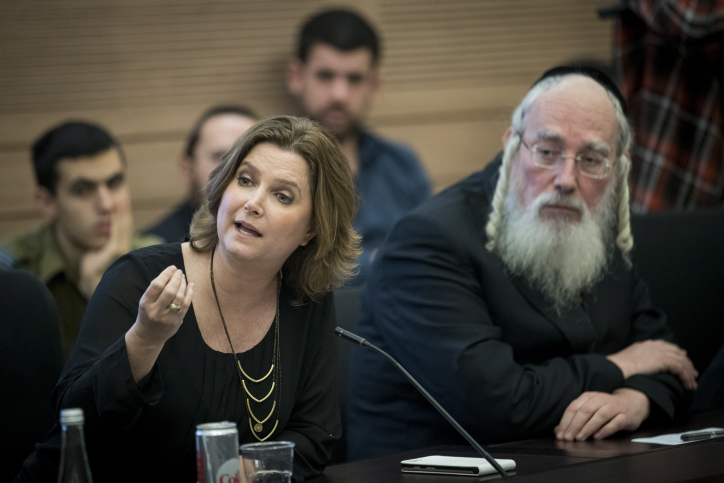 The thousands of Jewish Israelis who crowded Tel Aviv’s Habima Square on Monday for the “world’s largest Arabic lesson” were there to express just how morally reprehensible they found the law — which strips Arabic of its status as one of Israel’s official languages — to be.

Perhaps the clearest expression of the Left’s revulsion, however, came from famed Hebrew University Law Professor Mordechai Kremnitzer, when he spoke to former member of Knesset and journalist Yinon Magal on the latter’s radio show: “This is a humiliating, shocking, and stupid law that every person with a conscience must oppose,” Kremnitzer said as his voice broke, “I am ashamed that this is how they define my country.”

It isn’t difficult to view the responses by Rozin and Kremnitzer with a modicum of cynicism. The same Israel that promised to “be devoted to the development of the land for the benefit of all its inhabitants” was built on the ruins of the Palestinian people, half of whom fled or were expelled in 1948 and were forbidden from returning. After the war, Israel built hundreds of exclusively Jewish communities on land belonging to those Palestinians. And that’s without mentioning the Jewish settlements in the West Bank and Gaza. 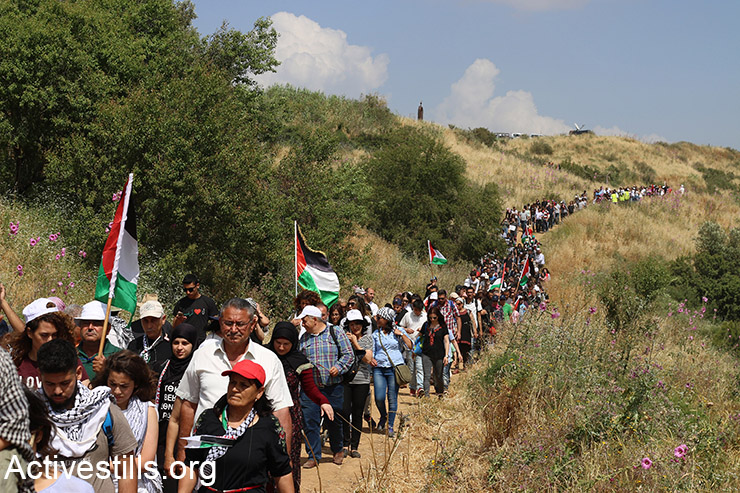 Yet there is a difference between the vagueness of the Declaration of Independence and the discriminatory practices of the last 70 years on the one hand, and on the other, the Jewish Nation-State Law, which codifies that only one nation has the right to self-determination in this land, that one language is supreme above all others, and that Jewish settlement takes precedence over anyone else’s.

But it would be a mistake to say that those left-wing Zionists who now oppose the Jewish Nation-State Law are turning a blind eye to the injustices of the past. Kremnitzer and others are well aware of the problematic sides of Zionism’s past — ideologies, leaders, and groups which never really believed in equal rights for the Palestinians who live in this land.

Benjamin Netanyahu’s claim that David Ben-Gurion, Israel’s first prime minister, would have supported the law ignores the fact that 70 years have come and gone since Ben-Gurion oversaw the establishment of Israel. The Arabs are not the same Arabs, and the Jews are not the same Jews.

“The State of Israel is the realization of the most justified dream,” Kremnitzer said in his radio interview, but he cannot accept that Israel should discriminate against non-Jews in the name of that “Jewish state.” He is not alone. I believe that many in the Jewish center-left, whether or not they actively define themselves as Zionists, are in the same position.

In their view, Israel is actually “the Israeli state,” as opposed to the Jewish state, meaning it belongs to all its citizens — Jews and Arabs alike. They may be reluctant to look back and admit to the various forms of systemic discrimination Israel implemented against the Palestinian minority over seven decades years, but that’s in the past — they want to look to the future.

The moral revulsion of those on the Zionist Left today is a result of moving away from the ideology of their parents and grandparents. Even if they continue to see Israel as a Jewish state, or at the very least the Jewish national home, they first and foremost view Israel as a democratic state. The Jewish Nation-State Law is a direct attack on that view of their country, and in a sense, on the way they view themselves. Some say it is an illusion. But even if it is, it is a very unpleasant illusion to be woken from.