The Israeli military decides to shut down all postal services in the Gaza Strip in response to the attempted ‘smuggling’ of mail-order GoPro cameras, WiFi antennas, and slingshots. 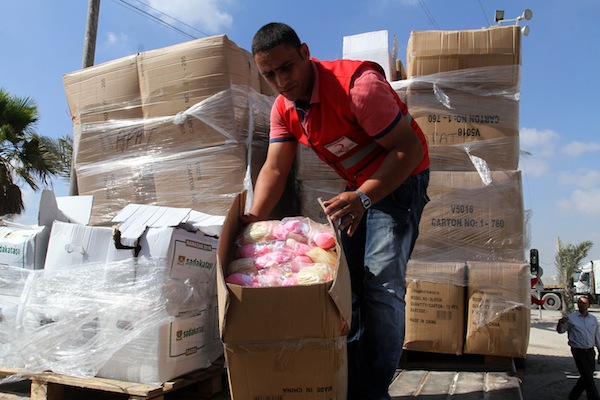 A truck loaded with aid parcels provided by Turkey seen after it entered the southern Gaza Strip from Israel through the Kerem Shalom crossing on July 4, 2016. (Photo by Abed Rahim Khatib/FLASH90)

GoPro cameras, routers, model airplanes, Wi-Fi antennas. If you’re planning on bringing these items into the Gaza Strip any time soon, you may want to reconsider. On three separate occasions in recent weeks, authorities seized goods transported into the Gaza Strip through various Israeli crossings, which they alleged were going to be used by Hamas for military purposes.

Last month, Israeli Defense Ministry inspectors at Kerem Shalom Crossing intercepted dozens of wetsuits, which according to the Defense Ministry, were “destined for terrorist elements in the Gaza Strip, including Hamas’s naval commando unit.”

That same day Ministry of Defense Crossing Authority officials stopped an Israeli pull-trailer transporting a dismantled 4×4 pickup, which the Defense Ministry alleges was “deconstructed in a way to facilitate reassembly, even including packages of screws.”

Toy-sized drones, model airplanes, wetsuits, surveillance cameras, routers, GoPro cameras — the list of dubious goods that are not allowed into the Gaza Strip keeps getting stranger. 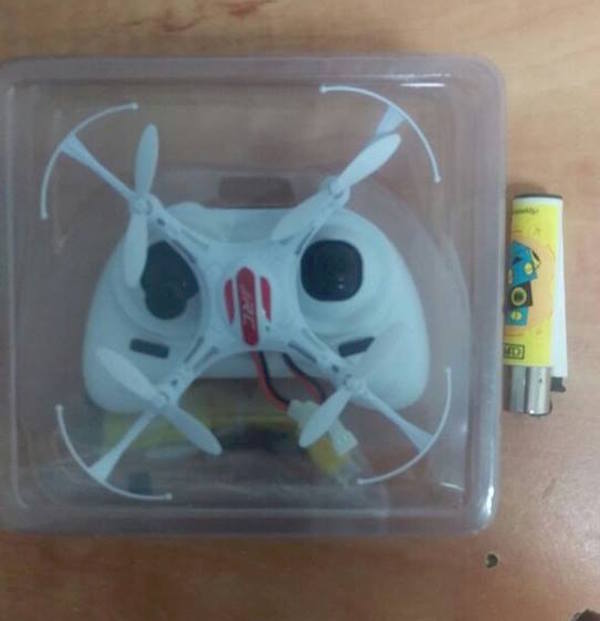 The mail-order ’UAV’ intercepted on its way into Gaza. (Photo from COGAT’s Arabic Facebook page)

Surely one can understand Israel’s vigilance when it comes to dual-use (civilian products that could be repurposed for military use) items entering the Strip. Yet Israel has been known to restrict everything from A4 paper to cardamom to chocolate to potato chips from reaching the besieged enclave.

This is the same Israel military regime that at one point made precise calculations of Gaza’s daily caloric intake to avoid malnutrition (when Israel limited commercial shipments of food into Gaza in 2006, senior government adviser Dov Weisglass explained that “the idea is to put the Palestinians on a diet but not to make them die of hunger.”)

In response to the “smuggling attempts” of mail-order GoPros and slingshots, the Israel military decided to shut down postal service for the entire Gaza Strip. But Gaza’s not occupied anymore.