“Pessimism,” “doomed to fail” and “waste of time” – these words and phrases litter the reporting and blogging on the current talks between Israel and the Palestinians. One can only hope to be pleasantly surprised and hear that by the end of next summer they will be deemed a success. But seeing as how the pessimists seem to be a majority, now may just be the time to think of creative ways to end the stalemate.

One possibility would be for a third party to change the rules of the game. This would fundamentally change the status quo and force the two sides to act accordingly.

Hints about it have been popping up in the media in the past few weeks, but no dares say it out aloud, for various reasons.

Yossi Alpher, a former Mossad executive, points us in the right direction:

“Where the negotiations could conceivably be useful (and safer) for all concerned is if the American sponsors steer them toward reinforcing and facilitating the one success story they can point to: the Palestinian state-building effort in the West Bank… This in turn would ease the political endgame of international recognition for a Palestinian state – which is projected by Prime Minister Salam Fayyad for next August when, coincidentally or not, the administration and the Quartet want the new negotiations to be completed.”

There it is, right under our noses. The talks are to conclude next summer and coincide with the end of Fayyad’s two-year program, begun last August, to ready Palestine for statehood. Will he declare a state then, regardless of whether or not the talks succeed? Fayyad has already denied reports that he will, and surely if a state is to be announced – shouldn’t President Mahmoud Abbas be running the show? Moreover, Abbas himself has clearly stated that a unilateral declaration is not on the agenda. Can they even think of going ahead with such a move before any attempt at reconciliation with Hamas? These and many other questions remain unanswered. 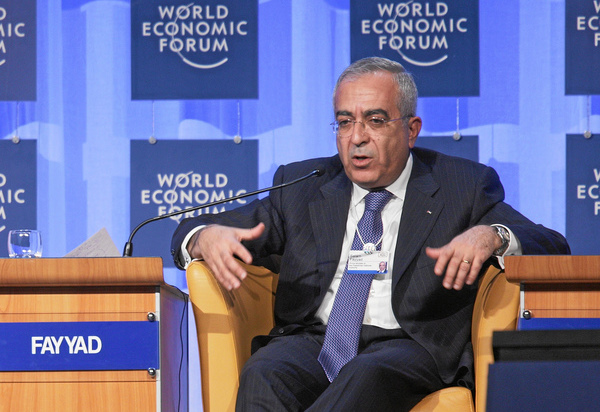 Daoud Kuttab states in The Washington Post that it is simply no longer relevant whether or not the talks produce a state:

“If the talks fail because of Israeli obstructionism, Palestinians will have no choice but to declare their state unilaterally and hope the world will recognize it. Those Americans who witness Palestinian conduct in the negotiating room over the coming year will have to decide whether to recognize the state or keep this conflict festering.”

IF THE talks do fail and there are increasing signs of a future American recognition of a state, the gridlock could begin to unravel.

Just two weeks ago at the UN, President Barack Obama said a Palestinian state could be attained by next year. Also, there have been reports of secret agreements between Obama and Fayyad concerning a future declaration.

Obviously, there is no way Obama can come out today and support such a move; the talks would have to officially fail first. There’s also internal US political issues that must be taken into consideration, predominantly the looming midterm elections.

This is the time for the peace camp in Israel and abroad to jump on the wagon and begin applying pressure on the American administration to publicly approve a unilateral declaration, should the Palestinians choose to go down that route.

Such a declaration would prompt immediate reaction from both sides. These reactions, unfortunately, could also bring bloodshed, including violence between settlers and Palestinians, an Israeli incursion and/or annexation of land that would cut a future Palestinian state into unsustainable cantons, and numerous other unpredictable scenarios. Yet despite the risk of violence, the opportunity to finally break the gridlock is surely a better option than continuing the bloody status quo of more than 40 years.

Whether or not the talks fail, and whether Fayyad and Abbas can work out the differences between them, the next stage for the peace camp must be a global grassroots campaign demanding that the US administration, along with the European Union, recognize Palestinian intentions to declare a state next summer.

The grassroots movement must begin here and now, so that this declaration will not prove to be a damp squib, like past Palestinian declarations. It can start right here – on this piece of paper, through the blogosphere, Facebook, Twitter – all the way to 1600 Pennsylvania Avenue.

Fayyad may claim a unilateral declaration is not on the agenda, but he’s getting things ready on the ground for the summer of 2011.

Now all he needs is you, me and Obama.