Front-runners for leading Kadima, Labor and Meretz in the next elections are all women. Could Israel’s next government be led by a Livni-Yachimovich-Gal-On trio? 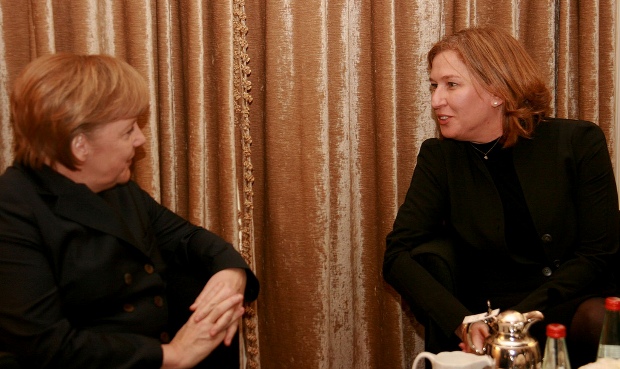 Israel is far from being the model for the advancement of women, and discrimination is evident in any field of society. All major media organizations are controlled and run by men; there are only 23 women in the Knesset (and this is an all-times record); and even in Israel’s high-tech industry there is a salary gap of 24 percent in favor of men [Hebrew].

Last week, however, brought an unexpected sign of hope: For the first time in Israeli history, there is a real chance that all three center-left parties will be led by women.

On Monday, Knesset Member Shelly Yachimovich announced [Hebrew] that she will run for the leadership of the Labor Party. She won’t be alone: In a few weeks, Meretz’s leader Haim Oron will retire from politics, as Zehava Gal-On enters the Knesset as the third MK for her party. Gal-On, a former MK, is also a candidate for Meretz’s front seat in the next elections. And in spite of all challenges to her leadership, Kadima’s Tzipi Livni still heads the largest party in the Knesset.

Of all three, Labor’s Yachimovich might be the most interesting candidate. A former journalist, Yachimovich has tied herself to the social-justice camp of her party. In her two terms at the Knesset, she confronted Israel’s leading business tycoons, while all but avoiding diplomatic issues. This made her popularity rise even with Israelis who won’t normally support Labor (Yesterday, right-wing journalist Hagai Segal, a settler, praised her candidacy in his weekly column at Yedioth Ahronoth).

Yachimovich is a smart politician – she avoided joining the Labor’s “rebels” fraction, thus preventing the party from completely disintegrating, and she always stayed on good terms with her party’s major political powers. She joined forces with Amir Peretz when he led the Labor, and later supported Ehud Barak in his primaries bid. She had a powerful connection to union leader Ofer Eini, and is now said to be forming a new partnership with party strongman Fuad Ben-Eliezer.

It’s true that MK Yitzhak (‘Buzi’) Herzog is still considered the front runner in the coming Labor primaries, but Herzog missed a huge political opportunity by not leaving the government on his own before Barak’s defection. Yachimovich has been gaining momentum ever since. In the internal competition, her ability to draw new voters to the party might prove to be the winning card.

Meretz’s Zehava Gal-On faces a different challenge: She is considered a polarizing figure, too “lefty” to the taste of some voters and activists. Many think that Meretz could do better of with MK Nitzan Horwitz (another ex-journalist) leading it. But Horwitz is not a Meretz man, and other potential leaders in the party don’t enjoy as high a public profile. Furthermore, there is a void in the ideological left right now, and Gal-On could be perceived as the right person to fill it.

Surprisingly enough, the one who might end up losing her party’s leadership could be current opposition leader Tzipi Livni. Livni’s victory over Shaul Mofaz in Kadima’s recent primaries was very narrow (a few hundreds votes separated the two), and Mofaz has been doing the ground work to make up for it ever since. Livni’s position is far from being secured, and yet, she was able to survive all previous challenges, including attempts by PM Netanyahu to split her party. her position always seems fragile, but she has proved herself to be a survivor. Expect the next round in Kadima will be very close as well.

By pure chance, former president Moshe Katzav will be read his sentence for his conviction in rape and sexual harassment charges on international women’s day [correction: the sentence will be given in a later date]. At the time, some saw Katzav’s conviction as a positive sign for women – i.e. proof that women are protected and the rule of law is applied even when the mort senior public figures are concerned. For me, if we have something to be proud of, it’s not the proceedings against Katzav, but rather the rise of Yachimovich, Gal-On and Livni.

emailemail
Before you go…
A lot of work goes into creating articles like the one you just read. +972 Magazine is nonprofit journalism, owned by many of our writers, editors, and journalists. In order to safeguard that independent voice, we are proud to count you, our readers, as our most important supporters. With your support, we can keep +972 Magazine a strong, independent, and sustainable force helping push the global discourse on Israel/Palestine.
DONATE
More About Shelly Yachimovich 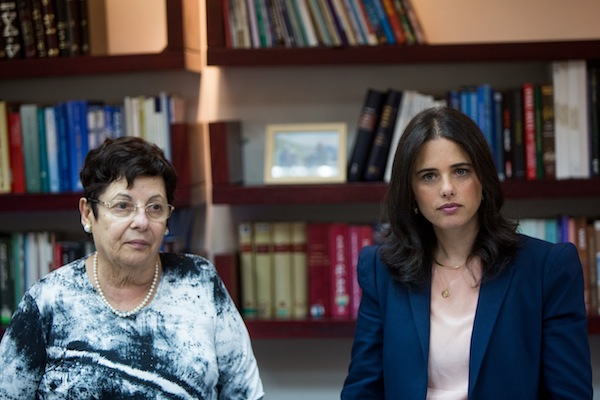 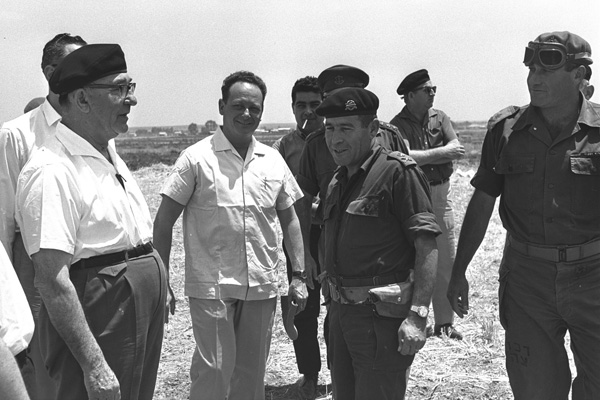 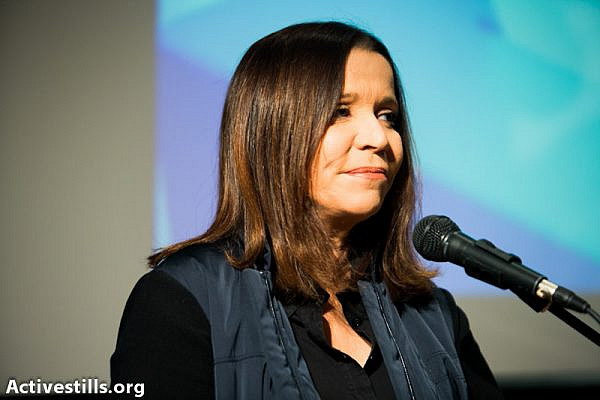 Yachimovich: Ignoring the Palestinian issue cost us four Knesset seats
Israel’s opposition leader and the head of Labor party claimed this weekend that ignoring the Palestinian diplomatic issue in her election campaign cost her party four Knesset seats. Yachimovich ran her campaign mostly on economical issues, in hopes of capitalizing on the social protests. She ended up with a disappointing 15 seats – a couple more than Ehud…
By Noam Sheizaf April 30, 2013