The Israeli army had sentenced Helman to six separate prison sentences for his refusal to be conscripted into the military and, in his words, ‘take part in the occupation and Israel’s policies of oppression vis-a-vis the Palestinians.’ 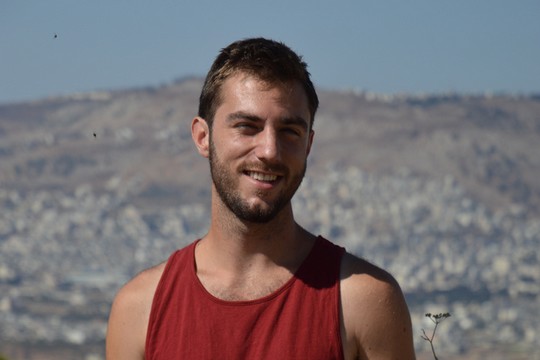 Conscientious objector Matan Helman was discharged from the Israeli army on Thursday after six stints in prison adding up to a total of 110 days behind bars. The official reason for his discharge: Bad, grave behavior.

Helman, 20, from Kibbutz HaOgen, first declared his refusal to be conscripted into the military for reasons of conscientious objection in November of 2017.

“But I believe that I am following my truth and that is what will keep me strong in prison,” he added, “and I have a lot of support from my friends and those around me.”

Military service in Israel is compulsory for non-Orthodox Jews and for young men in the Druze community. A small but growing movement of youngsters has taken a public stand in refusing to be conscripted, almost always resulting in prison sentences.

Helman has served his six prison sentences in “Military Prison 6,” where most male conscientious objectors are held alongside soldiers who have been imprisoned for various other reasons.

Israeli army regulations do permit exemptions from military service for pacifism, but those exemptions are denied to anyone whose refusal is deemed political or tied to the occupation in any way. Only once in the past 14 years has the army recognized a conscientious objector.

About a month ago, ahead of one of his multiple sentencing hearings before an army conscientious objection committee, Helman submitted a statement in which he described why he decided to be a conscientious objector, and how learning about the occupation in his youth movement influenced that decision.

“I remember how surprised I was to hear about the siege [on Gaza], the checkpoints, the home demolitions, Israel’s control over water, electricity, and infrastructure, about the fact that we are ruling over millions of people without the right to vote or citizenship in any state,” he wrote to the committee.

“And I was surprised by the fact that only then was I hearing about these things for the first time” the statement continued. “I was ashamed that I was living my comfortable and safe life, free and independent in the kibbutz where I was born, without even knowing that somebody else was paying the price. After a year of deliberation, I decided to refuse.”

Upon being released from prison Helman lamented that the the bloodshed on the Gaza border in recent weeks should keep anyone with a bit of humanity up at night.

“I walk out of prison with my head held high with the knowledge that many youth of conscience and integrity in Israel will refuse to take part in the occupation and in Israel’s policies of oppression vis-a-vis the Palestinians,” Helman added.

Still being held in an Israeli military prison is conscientious objector Ayelet Brachfeld, an 18 year old from Tel Aviv who has been imprisoned for over 60 days so far. Like Helman, she is a part of the “Mesarvot” refusers network.