Netanyahu believes he can impress Israelis by standing up to the world on his signature political issue. Previous rifts with the White House paid off for him — this time might be different. 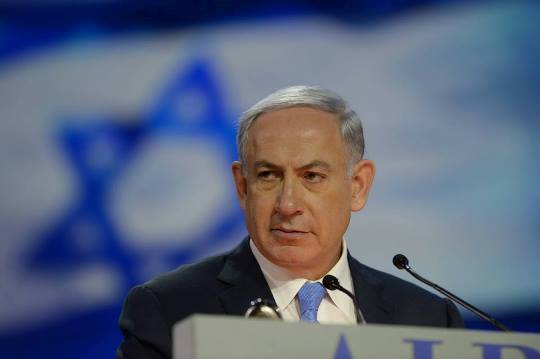 Prime Minister Benjamin Netanyahu will claim to represent the Jewish people in his speech before Congress Tuesday, but the fact of the matter is that he doesn’t even have an Israeli consensus behind him. His journey to Washington was heavily criticized by Israeli opposition leaders, public figures and parts of the media — especially the Haaretz and Yedioth Ahronoth dailies, which are taking a clear anti-Bibi stance ahead of these elections. [UPDATE: Netanyahu also had some bad election polls – the worst one this morning. see at the end of this post].

Last weekend, Yedioth ran a long interview with former Mossad head Meir Dagan, who denounced Netanyahu’s Iran strategy as a complete failure: “Netanyahu has caused Israel the most strategic damage on Iran,” said Dagan. Former head of the IDF’s northern command (and former deputy head of the Mossad) Amiram Levin blamed Netanyahu for “hitting the U.S. president between the eyes” Dagan and Levin are only the tip of the iceberg. In fact, the security establishment was never on board with Netanyahu’s aggressive Iran strategy, and some reports even claim that the IDF and Mossad torpedoed the prime minister’s military option when the moment of decision came.

Yet at the same time, there is a near-consensus view among those in the political establishment that Netanyahu will only come back strengthened from Washington. A strategist for one of the parties told me this week that “most pollsters we talked to believe that Bibi’s Likud will increase by a couple of seats or so by the weekend.” Analysts attribute this to two reasons: first, with his speech, Netanyahu has managed to frame the national conversation around an issue that he dominates, and on which the opposition simple doesn’t have a clear agenda. Second, with Bibi, these kinds of confrontations are a feature, not a bug. They are part of a political strategy that builds on the intense emotions that such moments produce.

Unlike Ariel Sharon, a Likud prime minister who went after the centrist vote in his national election campaign, Netanyahu has always been about rallying the base. Domestically, he highlights the cultural war within Israeli society, constantly pushing messages against “the Left” and the media (Netanyahu has recently been accusing Yedioth Ahronoth’s publisher, Arnon “Noni” Moses, of conspiring to topple him). On foreign policy, Netanyahu is playing on the old “the entire world is against us” theme — focusing specifically on “Old Europe” and the “anti-Israeli” Obama administration, as they are commonly referred to in the pages of the free Israel Hayom daily, published by Netanyahu’s patron, billionaire Sheldon Adelson. There is a strong element of a self-fulfilling prophesy here: the more resentment Netanyahu’s behavior causes, the more it is seen as proof that he is right after all — that the world is indeed hostile to Israel and its prime minister.

This strategy has proven to be effective enough in the past: after his lecture to Obama at the White House on the 1967 borders, Netanyahu actually rose in the polls. But there are some troubling signs for Bibi this time around. Unlike in previous rounds, which ended in quasi-capitulation by the Obama administration (first on the issue of settlements, then on borders), this time there is a strong pushback against the prime minister, both in Washington and back home. This could potentially lead some of Netanyahu’s “softer” supporters to question the wisdom of his ways. It is not not clear what Netanyahu is trying to achieve: if Congress actually moves to kill an agreement with Iran on its nuclear program, he will be blamed of depriving the president of a major foreign policy success, and possibly pushing the region into war. And if the agreement actually goes through, Netanyahu will appear insignificant.

Finally, Iran’s nuclear program is not the dominant issue in these elections. Perhaps Netanyahu’s greatest failure as a prime minister is his inability to truly convince Israelis that Iran is part of his agenda. The public is simply not that interested, and it seems that certain economic issues — including some very mild corruption allegations thrown at Bibi lately — are generating more excitement these days. It remains to be seen whether the prime time appearance in Congress will change that. In Israel, the controversy around the visit may actually score points for Netanyahu, since more Israelis will be tuning in.

Bibi’s speech is the last major political event due to take place before the March 17 elections. According to the current polls, Netanyahu will still have more paths to 61 Knesset seats — the absolute majority needed to build a coalition — than leading opposition candidate, Isaac Herzog. Labor’s leader is failing to generate excitement or to move voters to the left. However, Bibi and his Likud party are usually underperforming in the elections, and the past few days have seen some of the undecided voters moving toward Yair Lapid’s party (just as they did in the previous elections). If Bibi fails to impress Israelis today, he will have serious reasons for concern when he returns.

UPDATE: A poll by the Knesset channel, which was published shortly after I posted this piece, has Labor leading Likud 24:21, and the left/center/Palestinian bloc with 56 seats – the same as Netanyahu’s Right/ultra-Orthodox bloc (the centrist “Kulanu” party headed by Moshe Kahlon has the remaining eight seats, and isn’t leaning toward any of the sides). More bad news for Bibi.