While the mainstream debate over Israel in the U.S. is changing as more people challenge the traditional ‘pro-Israel’ paradigm, it must also be accompanied by a shift in rhetoric. 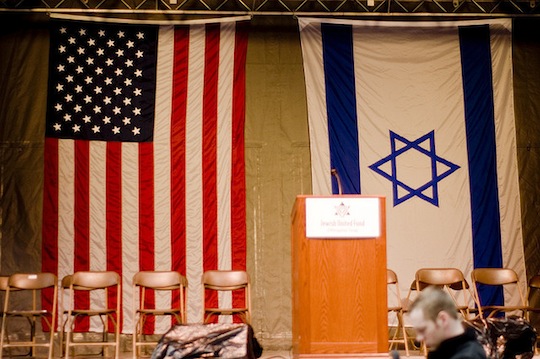 Roger Cohen, one of the New York Times writers I like most, wrote an op-ed this week called “Israel’s True Friends.” In the piece, which is centered around the Chuck Hagel nomination, Cohen argues, as I and many have, that those opposing Obama’s nomination of Hagel may consider themselves “true friends” of Israel, but in fact can only be accurately defined as friends of the Israeli right – those who, among other things, are dismissive of a two-state solution, Palestinian national aspirations, the need to end occupation and who consistently “propel Israel into repetitive miniwars of dubious strategic value.”

He clearly distinguishes them from another camp he calls the “quiet strong friend of Israel” type, comprised of Hagel, Obama and others – those who are “unwaveringly committed to Israel’s security within its 1967 borders,” and who understand that settlements are on obstacle to a solution, etc.

While I don’t disagree with the general assessment, the controversy surrounding Chuck Hagel’s nomination shouldn’t just “provoke a serious debate on what constitutes real friendship toward Israel,” as Cohen writes, but on why the term “friendship” is being used at all. After four years of Obama vs. Netanyahu, I think it is safe to say that neither these men nor their respective governments are pals, for the simple reason that they don’t share the same political values or goals.

Netanyahu has clearly aligned himself – and by extension Israel – with the right in America, from “pro-Israel” neocons like Elliot Abrams and Bill Kristol (who both made the baseless and outraging accusation that Chuck Hagel is an anti-Semite, throwing the label around like a hot potato) to Christian right-wing “pro-Israel” fanatics like Glenn Beck and Pastor Hagee (whose evangelical understanding of this region is hostile to both Jews and Arabs).

While Cohen obviously uses the term “true friends” to convey the problem with the conception of support for Israel in the U.S. and challenge the notion that “the only mark of friendship is uncritical embrace of a friend,” using it at all to describe the U.S.-Israel relationship is symptomatic of a deeply-ingrained deficiency in the debate – even among the very people challenging it.

Cohen says “the movement against him [Hagel] is a relic of a binary with-Israel or against-Israel vision that does not have the true interests of Israel or the United States at heart.”

But isn’t the Hagel affair just one among many that shows it is not a relic at all? The Israeli government and Hasbara machine, together with factors in the American Jewish, Christian and the broader conservative and Republican “pro-Israel” community all define the U.S. relationship with Israel as a “special” friendship, an “unbreakable bond,”as Obama has asserted, a rigid binary for or against dichotomy, similar to how they view U.S. policy on Iran, the Israeli-Palestinian conflict, and how some view abortion or gay rights or other policy issues.

If Roger Cohen and others who understand the problem with this binary paradigm really want to change it, wouldn’t a more potent and subversive critique be to change up the rhetoric itself? Why continue referring to the relationship between the U.S. and Israel as a friendship when their respective leaders are clearly not friendly? This would also turn the tables on many in America who are considered friends of Israel, but at best, could only be called friends of Israel’s occupation and its self-destructive Jewish supremacy.

As Cohen himself admits: “Deciding who Israel’s real friends are is more difficult — and that decision is critical both for Israel itself and for the future of U.S. policy toward the Jewish state.”

All that is left now is to give up on the term “friends,” which is nothing but a charged labeling, a codification. After all, the real debate is not about who Israel’s true friends are, but what kind of foreign policy you think the U.S. should have (the “Israel firster” debate), and/or, depending on your connection to Israel, what kind of vision you have for Israel, and in turn, Palestine.