If we want Israel to change, if we want the occupation to end, we have to operate in the existing political sphere. We cannot simply wait for the one we want. A response to Edo Konrad. 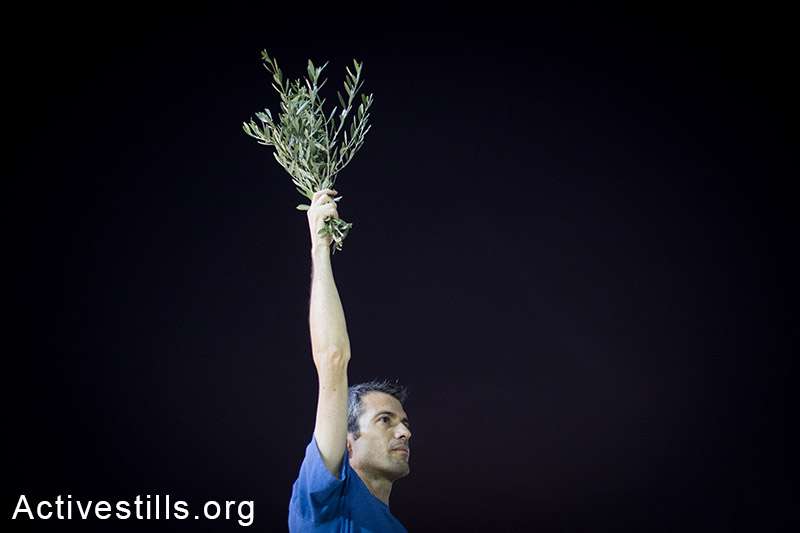 Israeli left-wing activists protest in central Tel Aviv against the Israeli war on Gaza, calling for an end to the violence, August 23, 2014. (Activestills.org)

American neoconservatives have been wildly successful at bringing the Israeli Right back to power through a network of funds, think tanks, media outlets, and philanthropic initiatives. In an article published in Jewish Currents last week, I argued that progressive Israelis could achieve similar goals if we learn from these efforts and set our minds to work.

In a response published in +972 Magazine earlier this week, Edo Konrad argued that the Israeli public is gradually turning against a two-state solution. Moreover, he wrote that I had ignored the “war of attrition being waged against left-wing, human rights, and anti-occupation groups, the current government’s unprecedented attacks on free speech, and a clamping down on Palestinians and Israelis who tow a different line.” “The Israeli Right,” he concluded, “isn’t seeking to compete with the Left — it is trying to decimate it.”

Yet in speaking to the “war of attrition” against left,” Konrad fails to see just how productive this war has been. Not only has it made him and many on the left feel like outcasts, it has shifted public opinion against traditional leftist positions. The sway of public opinion is not a natural phenomenon, like a hurricane or an earthquake. It is the result of political struggle undergirded by power and money.

In recent years journalists and historians have written extensively about how conservatives in the U.S. established think tanks like the Cato Institute and the Heritage Foundation, media organizations, and education platforms to sway public opinion. No one disputes the impact of right-wing American outlets like Breitbart and Fox News in shaping conservative political rhetoric in the U.S. 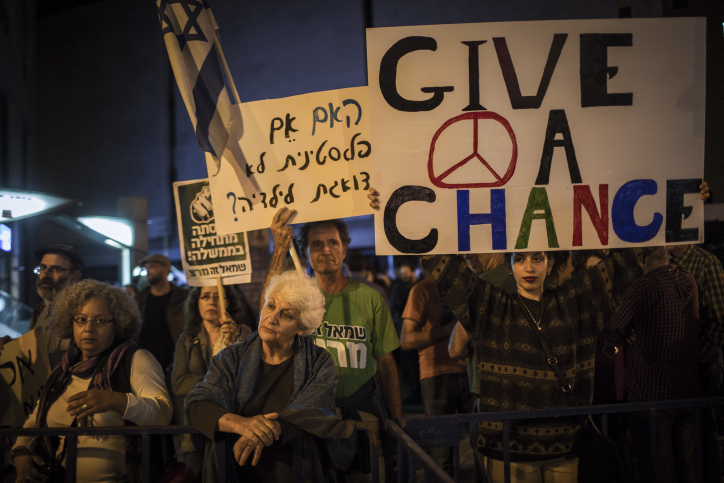 Yet a comparable analysis is absent when we speak about Israeli politics. Instead, values are employed to explain Israeli Jewish youths’ embrace of the Right and a much broader rejection of civil and human rights. In such a political analysis, Israeli Jews just don’t have the right values. They don’t see the need for a shared society. They are immoral, or simply deplorables.

It’s a convenient analysis for us leftists. It absolves us from waging a political struggle for hearts and minds and excuses us from evaluating the tactics and strategies of our opponents. Most of all, it projects our failures onto a dark, domestic Other. It’s not us, it’s them.

Indeed, for Konrad, our present failures are rooted in our left-wing Israeli founding fathers’ original sins:

It was the founding generation of the Left that put Jewish demographic domination above all other political considerations. It was the Left’s old guard that created a legacy of political repression of its opponents; racism against minorities, Jewish and otherwise; military rule over Palestinians; and even West Bank settlement. These are the elements that have come to comprise the DNA of the Jewish state.

The invocation of DNA is striking for its political determinism. Konrad seems to think that being a radical leftist means taking strong moralistic positions, pointing out everything that is wrong with Israeli society and preaching to the choir. Gone are the lessons from our leftist forefathers who assessed the present constellation of power, developed flexible political tactics and strategy, and struggled for political power.

What does Konrad offer for how we change the situation? Does he think +972 could have impact on the political reality in Israel? Does he believe in entering the arena of Israeli domestic politics or merely supporting external pressure via BDS? And if so, how would it work? How long would it take and what would the place look like when it’s all over? And more importantly, how will all this be accomplished if the Left doesn’t have power or is at least prepared to pick it up as it lies at its feet? 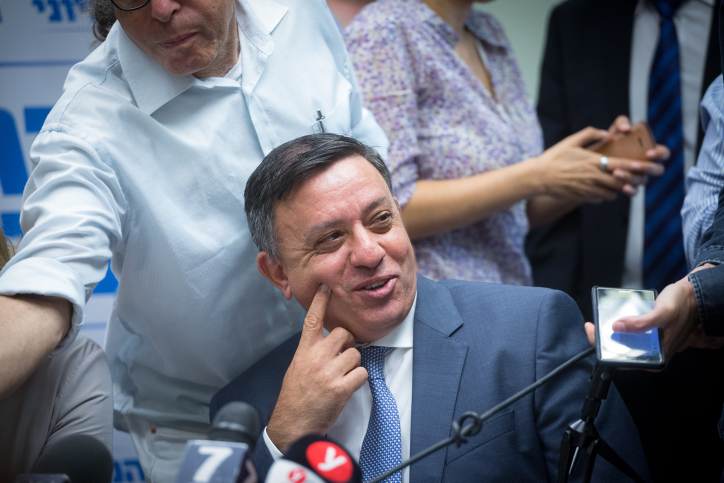 I believe change will come from within the political system, but I don’t see Avi Gabbay’s Labor Party as the banner man of our agenda. Neither do I think Ben Gurion or Golda were exemplary progressive leaders. My argument is simple: to change the political situation in Israel the Left needs to build radical institutions and produce serious policy proposals, disseminate them through effective media organizations, educate, organize, forge coalitions, and build local power.

This is an uphill battle. The forces against us are all too apparent. But if we want Israel to change, if we want the occupation to end, if we want the separation of religion and state, or to provide equality to all citizens regardless of ethnic, religious, gender or sexual identity, if we want social justice, then we have to operate in the existing political sphere. We cannot simply wait for the one we want. The reason the occupation has flourished for 50 years isn’t because the majority of Israeli citizens are in love with Hebron, it is because there have been political forces actively sabotaging a solution, often with little effective resistance.