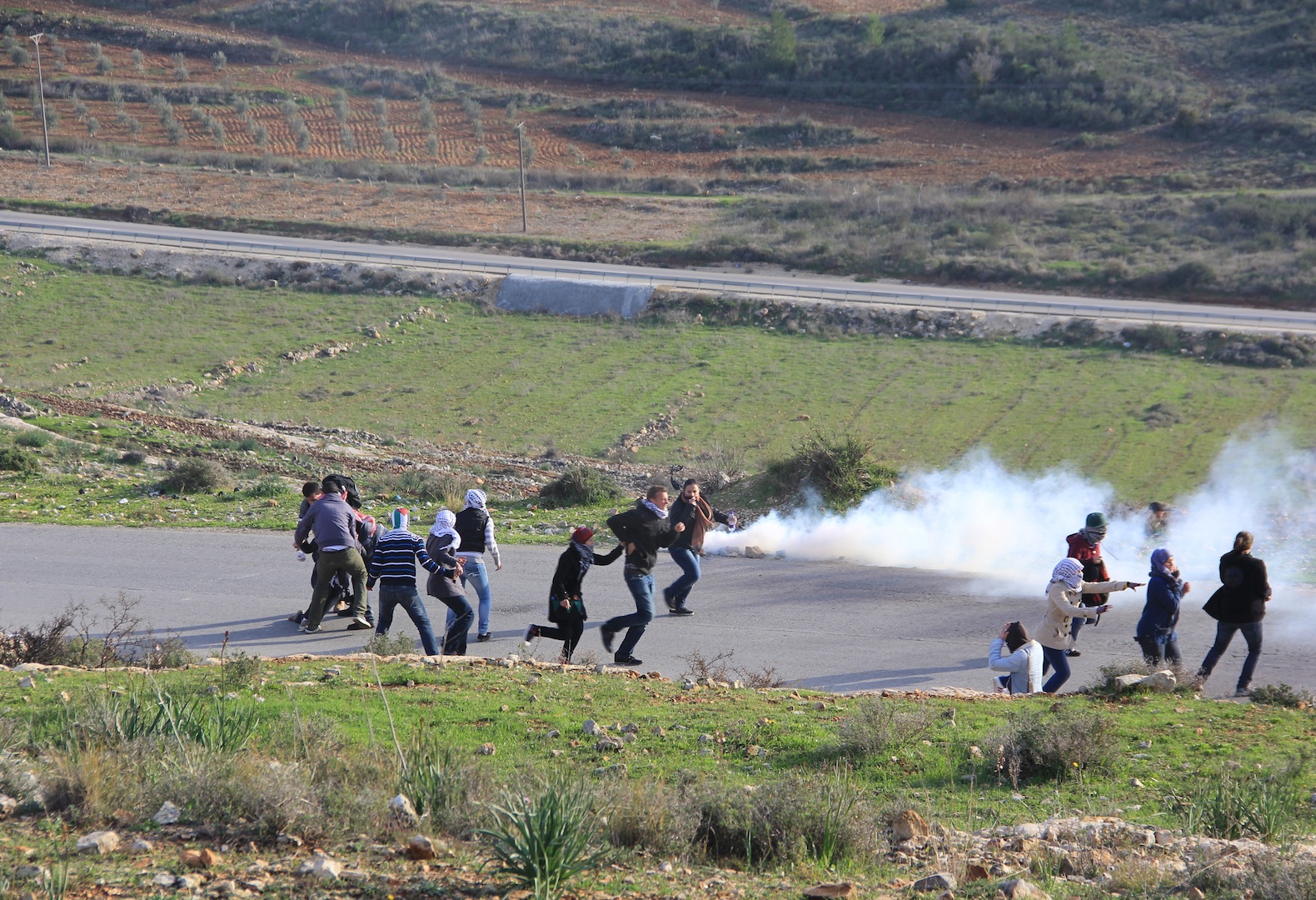 In Nabi Saleh on Friday a French citizen–in the village for her first time–was struck in the back of the head by a high-velocity teargas canister fired by an Israeli soldier. The woman was part of a small group of activists that were walking down the main road out of the village, which was being closed off by a group of soldiers.

Although some youth from the village had been previously throwing stones from the hilltop above, the activists were unarmed and merely chanting slogans. When the group was approximately 25 to 30 meters away, the soldiers immediately began firing teargas canisters and rubber bullets directly at the people without warning. The group of around fourteen people turned to run and the girl was hit in the back of the head/neck area and dropped to the ground. A few of the others stopped to pick her up and a number of them were hit by rubber bullets.

A video shot by Bilal Tamimi, a resident of the village who was standing next to the soldiers, shows the entire incident. The teargas canister clearly ricochets off the girls head in mid-flight.

In response to the incident, Major Peter Lerner of the Israeli military began tweeting that “IDF soldiers on site” reported that she was hit from behind by Palestinian youths throwing stones. The video and eyewitnesses, including myself, can testify that this is false. There were no Palestinian youth standing behind the girl and she was struck after she turned to run from soldiers firing their weapons directly at unarmed activists. After witnesses and video refuted Major Lerner’s baseless assertion, he altered his story and tweeted that the Israeli military will investigate a teargas canister that ricocheted “off the ground.” 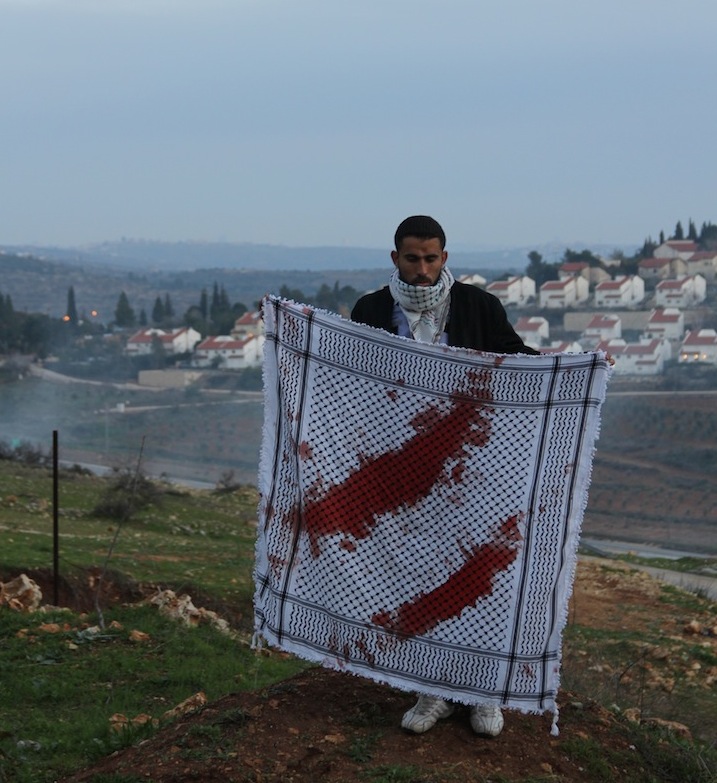