A number of Palestinian youngsters have been turned in by their own families in recent weeks, despite the fact that they had not yet committed any crime. Leveraging threats of collective punishment, the state is becoming Big Brother. 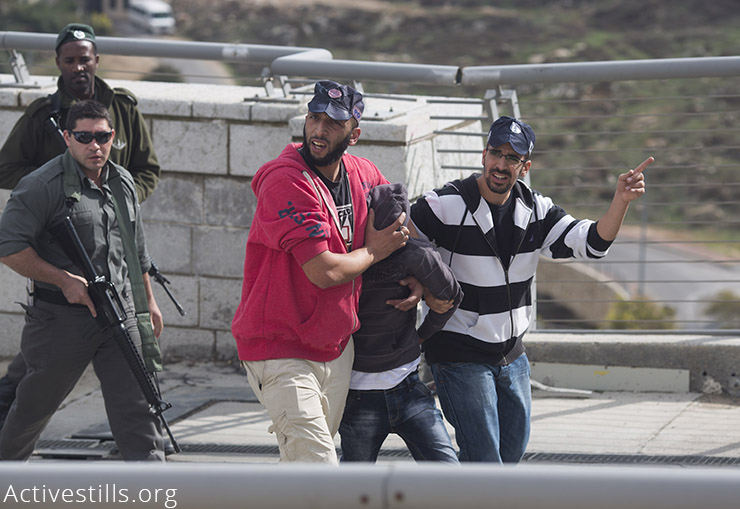 Generations of Soviet children grew up with the story of Pavel Morozov, the 13-year-old boy who, according to legend, was so loyal to the state that he turned in his father to the authorities for forging documents on behalf of “enemies of the revolution.” George Orwell used the Morozov myth in his dystopian classic “1984,” where children were asked to inform on their parents for every digression from Big Brother’s path.

We won’t get into the historical debate about whether Morozov actually informed on his father or who might have been interested in propagating the myth. The point is that that state made him into a national hero. Statues of the 13-year-old Pavel were erected in city centers, and schoolchildren were sent to those statues to learn that the state expects of them exactly what Pavel did.

In recent months that nightmarish dystopia has begun to take hold here, but with a twist. Parents are turning in their own children to authorities, faced with an impossible moral dilemma in which serious consequences loom behind every door.

A number of youngsters have been turned in to the authorities by their parents despite the fact that they hadn’t done anything more than send a message, or make a troubling statement in the heat of an argument. A 19-year-old woman was put in administrative detention for three months after her family members turned her in. A 15-year-old in Israel’s South was turned in to authorities by her parents after they received a text message from her. A 22-year-old youth was arrested and handed over to the Shin Bet when, during an argument with his father, he said he was going to carry out an attack. There are more examples.

These parents did what they believed was the right thing to do in that moment, and they will have to live with those decisions until their dying days. Turn in your own child and make them out to be a terrorist in the eyes of the authorities, or hope that the statements were made in a moment of anger, or an attempt to get attention, that the child will eventually calm down and not harm a soul. That is an impossible decision to make.

But there is another layer. Parents are naturally more level-headed. Beyond the human level, beyond their desire to not see their children harm innocent people, there is another fear. A more existential fear. They are Palestinians living in the State of Israel, large parts of which view them as enemies from within. Racist politicians regularly advocate transferring them to a foreign entity, or boycotting their businesses. And when it comes to families whose loved ones have been involved in attacks against Israelis, the discourse becomes far more radical and moves toward revoking citizenship, deporting them to Gaza, revoking their social rights and benefits, and so on and so on.

Such calls are made, however, only when the attackers are Palestinians. The families of Jews involved in violent attacks against Palestinians are not faced with similar dilemmas. The price they are forced to pay, if their sons or daughters were to be involved in a nationalistic attack, are diametrically different. Nobody has ever even dreamed of revoking their citizenship, nobody has ever spoken about deporting them, and their social benefits would never be touched. And they certainly don’t have to worry that if one of their family members committed a nationalistic murder, becoming a “terrorist” in popular language, that religious leaders would advocate executing them.

The sanctions levied on Palestinian families are deterrence measures targeting not only those who contemplate carrying out an attack, but also targeting their families who fear for their own lives and livelihoods. Such sanctions are meant to turn the state into Big Brother and place it inside every Palestinian home, to undermine the structure of the family unit, just like a contemporary version of Orwell’s and Morozov’s dystopias.

I don’t know what I would do in a similar situation, and I hope that I’ll never be faced with such a dilemma. For a parent to choose to harm their child like that, to sic the full force of the state on them in order to save their lives and to save the rest of the family from the punishments they would face vis-à-vis the state, is a choice that has no possible positive outcome.