In what is being seen as the next in a series of “price tag” assaults by Jews on Palestinian citizens of Israel, the well-known Abu el-Abed Restaurant in Jaffa was partially burned and vandalized Sunday night 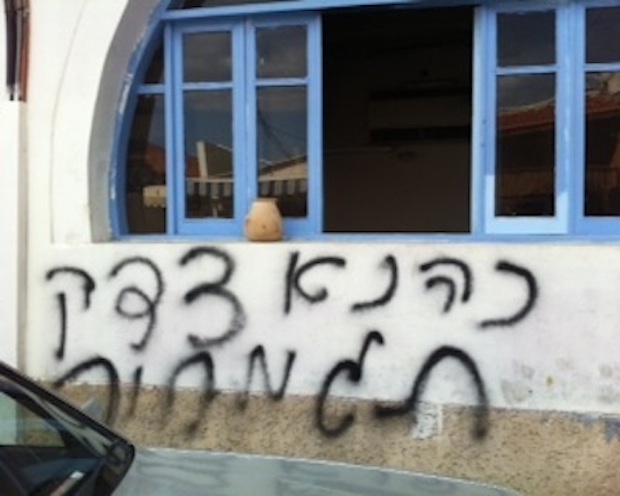 Israeli media reported this morning an arson and vandalism attack on a well-known restaurant in Jaffa, just a few blocks from where I live. The Abu el-Abed Restaurant, a family business on Jaffa’s busy Yefet Street, has been around since 1949 and is packed on weekends by customers, many of them Jewish Israelis. The restaurant is well-known by residents of the neighborhood both Arab and Jewish, and it is clear that whoever committed this act seeks to frame it in the right-wing agenda of nationalist-racist hate crimes in order to provoke the entire community.

According to the report, one of the managers closed the restaurant at about 11:30pm Sunday night, and when he returned this morning at 8am, he found a part of the kitchen burnt down and a small fire still blazing in the dining area, which he put out. The words “price tag” and “Kahane was right” were graffitied below the window on the side of the restaurant.  (Meir Kahane was an American-Israeli Jewish supremacist leader of the Kach party, banned from Israel’s Knesset in 1988 on the grounds that it was racist and undemocratic.)

By the time I arrived at noon today, the graffiti had already been painted over, but the damage inside was clear. 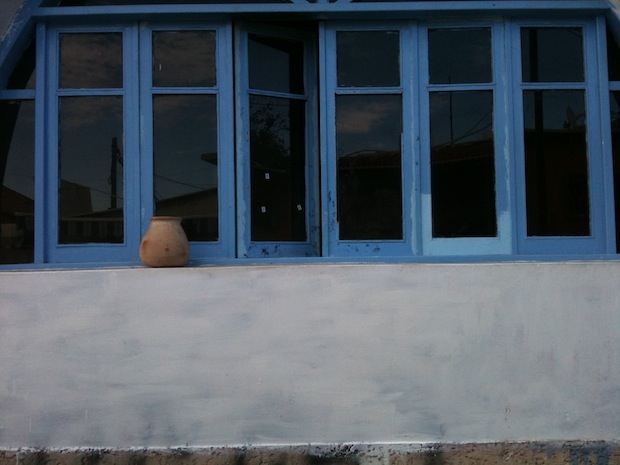 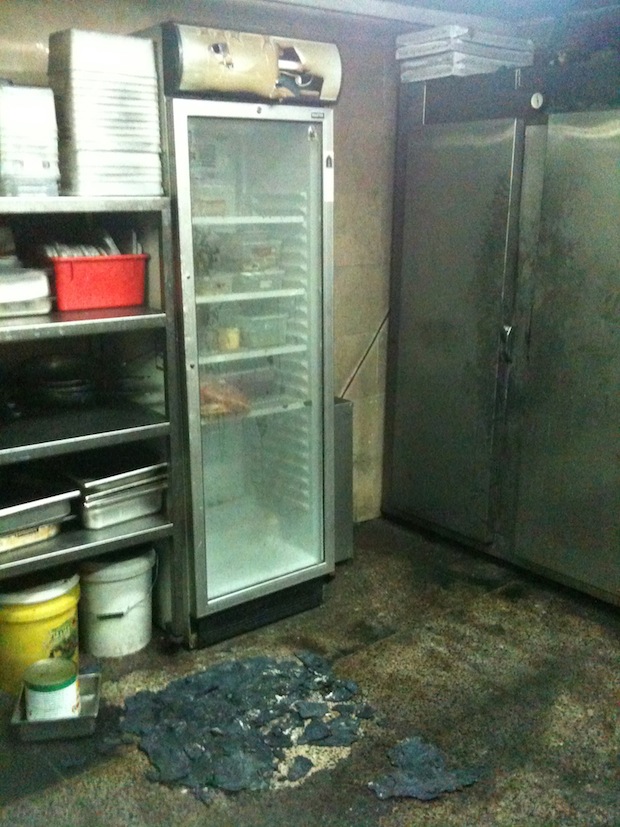 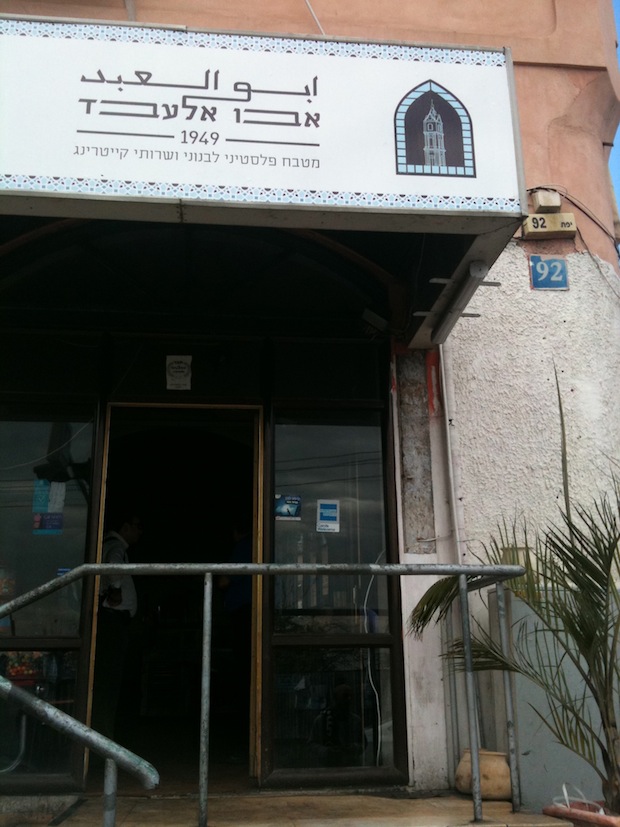 Although “price tags” have sadly become a familiar phenomenon committed in the West Bank by settlers – whether as a reaction to Israeli military evacuations of settlements or other Israeli government decisions, or just as a way to express their sincere hatred and intolerance of the Palestinian community they moved next to – such attacks inside the Green Line have been rare, until recently. In recent months there has been a rise in “price tag” attacks being committed inside Israel proper. Earlier this month, a cemetery in Jaffa was desecrated by Jewish Israelis and before that, a mosque in the north of Israel was set ablaze.

Some of the residents and restaurant employees who were on the scene told me they thought the attack may have been prompted by the fact that the restaurant recently changed its sign (pictured above) to include the word “Palestinian” to describe its kitchen.

Restaurant owner Nicole Saba told me he saw it as an act of “insanity and racism” committed by the “price tag clan.” He sees it as just one in a series of provocations in the area meant to hurt Palestinian business, and said he hopes the authorities will take extra care to ensure that coexistence and peace are maintained. In its nearly 63 years in business, they have not experienced any hostility, or even a burglary, he said.  Video of his statement to me is here below, in Hebrew.

As a resident of the area, I am enraged by this incendiary effort to incite violence in a neighborhood that, despite problems, has been for so long a successful mixed Arab-Jewish city.