Netanyahu appears more and more confident that Iran’s stated intentions are not its true intentions. Instead of making parallels to WWII, he should take some lessons from the overconfident, and ultimately catastrophic intelligence assessments that preceded the Yom Kippur War. 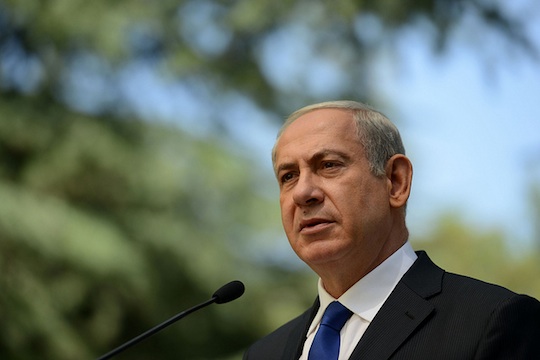 What can we learn from the Israeli intelligence failure, known in Hebrew as the “conceptzia,” which is generally accepted as the explanation for the Yom Kippur War’s strategic surprise?

The term “conceptzia” refers to an all-encompassing preconception that determines our interpretation of reality. In the case of the Yom Kippur War, it refers to the axiomatic view which grew from the intelligence community’s assessment that “Egypt will not start a war,” to the exaggerated self-confidence and hubris of “Egypt will not dare to start a war.” It was this feeling of military and cultural superiority that paved the way to the “conceptzia.”

Are we seeing a repetition of the “conceptzia” in our discussions on Iran? The talks in Geneva had barely finished, the details were still confidential, but Israel’s commentators were already telling us that, “the Iranian offers are just tactical, there is nothing new,” “the same dynamic of deception as in the past,” “there is no fundamental change in Iran’s pursuit of the nuclear bomb,” “Iran will continue to do what it has always done and continue with the development of the bomb,” and, “as usual, we are on our own”. There were even those who prophesized that the impending agreement would enable Iran to belatedly become a nuclear power following the North Korean model.

The proponents of the 1973 “conceptzia” were convinced that they knew best what was good for the Egyptians, that Sadat knew very well that Egypt had no chance against Israel, and that therefore Egypt would not start a war. Hours before the war began, an intelligence assessment, that would become notorious, contained 39 paragraphs listing signs of imminent war, but the 40th paragraph concluded that “in spite of these signs, according to our best assessment, there has been no change in the Egyptian assessment of the balance of forces between them and the IDF. Therefore the probability that the Egypt intends to renew the fighting is low.”

One of the problems of those captivated by the “conceptzia” is that they belittle the distinction between capabilities and intentions. They decide what the other side should think, and this is not necessarily in accordance what the other side’s declarations and actions.

In the lead up to the 1973 war, a group that was composed of members of the security cabinet, the highest IDF echelons, senior members of research institutes and leading commentators were made party to confidential intelligence discussions. The group then disseminated to the public the intelligence assessment that Sadat would not start a war and paradoxically reflected this assessment back to the intelligence community and the senior cabinet members.

Is this model of group thinking applicable today to the Iran question?  Is there a new “conceptzia” which is hindering us from an objective assessment of the situation?

This time, it would be case of over estimation of, “there is nothing new, Iran is on its way to the bomb.” We are beginning to see indications of a consolidated interpretation common to senior cabinet members, the intelligence community, research institutes and media commentators. According to this group’s members — there is nothing new in Iran, the election of Rouhani is meaningless, his public declarations are unimportant because he is a PR agent, and Supreme Leader Khamenei is the unique and only authority. In Israeli discourse, the ‘declaratory policy’ expressed by Rouhani in his UN speech, according to which there is no place for nuclear weapons in Iran’s security policy, were considered to be nothing more than empty words. The Iranian proposals in diplomatic talks were considered to be purely tactical and a means of playing for time. And floating above, were the holocaust metaphors and the return to 1938 and the comparison of the Geneva talks to Munich. The current “conceptzia” claims that, “the sea is the same sea – and the Iranians are the same Iranians.” But is that really the case?

Is there really nothing new about Iran’s new leadership? By a great majority, the Iranian people elected Rouhanil, the pragmatist, from among a number of candidates. This shows that the Iranian regime does not fit the totalitarian, communist regime model that today exists only in North Korea.

We face many questions. Is Iran developing nuclear weapons? Maybe the almost-uniform Israeli view that we are facing an imminent existential threat is not correct? What is the source of this almost across-the-board view and on what is it based?

In my Hebrew blog, Strategic Discourse, I showed that — based on IAEA data and reports – Iran is not rushing to the bomb, that Iran is not North Korea, that the heavy water project in Arak does not contain a plutonium separation facility and that when the Arak reactor is completed, it will be subject to IAEA safeguards. Furthermore, I pointed to indications of a diplomatic solution that would enable the continuation of the Iranian civil nuclear program, including low uranium enrichment on the basis of greater transparency and a rigorous inspection and verification regime. This regime would include the IAEA Additional Protocol for intrusive short notice (two-hour advance notice) inspections of undeclared suspected sites. In addition, Iran would also be obligated to re-sign the IAEA’s Modified Code 3.1, which would entail tightened inspections of the Arak heavy water reactor and of future sites.

The Additional Protocol was created as a result of lessons learned from the Iraqi case and is intended to ensure that there will not be a repetition of the Saddam Hussein nuclear program. The diplomatic solution that is being discussed is not one of “zero enrichment,” but one that ensures maximum transparency and guarantees to prevent Iran from developing nuclear weapons.

The data available to the U.S., and not a lack of understanding or naivety, provide the explanation for the American readiness to enter into direct negotiations with Iran in accordance with the parameters presented by President Obama in his UN speech. The proposed diplomatic solution to the Iranian crisis will oblige Iran to refute all suspicions about its past activities. Iran knows this very well and is aware that only lifting the ambiguity about its past will grant it the possibility of enriching uranium on its territory like several other countries that are non-nuclear weapons states, for example, Japan.

The need for a realistic, and not messianic assessment of the Iranian threat is particularly important in the light of the return of the preventive strike doctrine in Prime Minister Netanyahu’s speech to the Knesset on the occasion of the 40th anniversary of the Yom Kippur War. Those who believe that there is no danger in over estimation and that an exaggeration of the Iranian threat is a type of insurance policy are mistaken. Iraq’s nuclear weapons program had been dismantled by the IAEA following the first Gulf War. Nevertheless, in 2003, President Bush launched a preventive strike on a phantom threat of Iraqi nuclear weapons and entangled the U.S. in seven years of war with many deaths and casualties. In the case of Iran, a preventive strike against an unproven threat is liable to lead us into a hundred-year war.

Shemuel Meir is a former IDF analyst in the Strategic Planning Department and associate researcher at the Jaffee Center for Strategic Studies at Tel Aviv University. Today he is an independent researcher on strategic issues and owner of the ‘Strategic Discourse’ blog, which appears in Haaretz.

Related:
It’s stupid, dangerous and wrong to demand Iran’s humiliation
Hooray, we brought the Iranian people to their knees