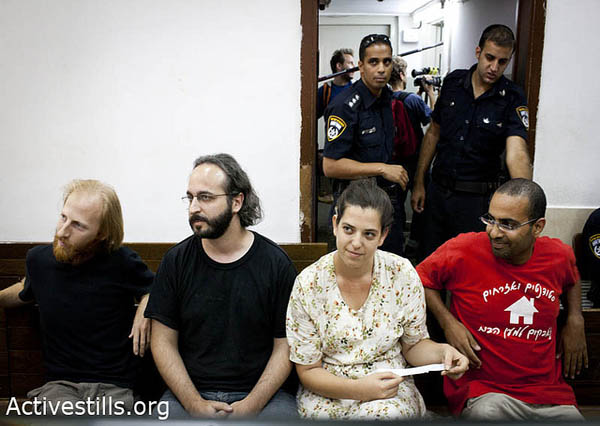 Mairav Zonszein contributed to this report

Out of 43 activists arrested late Saturday night with the charge of “illegal gathering,” 32 signed agreed to conditions for their release which include banishment from the tent protest location on Rothschild Boulevard for 30 days and a prohibition from taking part in protests for that period. The remaining 11, all reportedly associated with Anarchists Against the Wall, have been banned from the area for 7 days, 1 being charged with assault and one being charged with throwing a smoke grenade at a police officer

Tens of thousands of protesters took to the muggy streets of Tel Aviv last night in order to demonstrate against housing costs in the country. The protest set out from the tent city which has been created in front of Habima national theatre in the centre of Tel Aviv and moved toward Ibn Gvirol street, a major artery in the centre of the city.

According to the eyewitness reporting of my colleagues Dahlia Scheindlin and Dimi Reider, the protest was at once jovial and tense as police fluctuated between using force and patience with the protesters.  As the night wore on, the police began arresting protesters and the crowd began to engage in civil disobedience like blocking the streets non-violently. Absent from the protest were discussion of the recently passed anti-boycott law, the occupation or Israel’s treatment of Palestinians.

According to Reider, many of the demonstrators clearly never attended a demonstration before and it was most likely the first time that they had ever blocked a road for political reasons. By 3:00am, the protest was over and 43 people had been arrested. 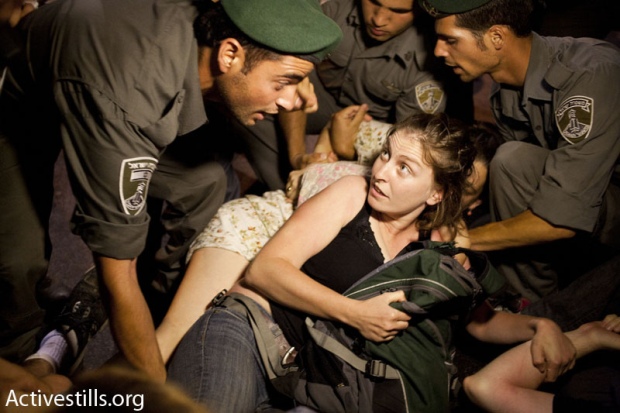 According to reports from activestills.org photographer Oren Ziv, who was at the protest and is now at the Tel Aviv Magistrate’s court, arrested protesters were separated into small groups, questioned and then 32 of them were released early morning on Sunday after signing extreme restrictions that include banishment from a large area surrounding Rothschild Boulevard (site of the tent protest) for 30 days, prohibition from attending future tent protests for 30 days and no contact with protest organizers (ridiculous as among those were protest organizers themselves).  However, 11 protesters, all active in the Palestinian solidarity group Anarchists Against the Wall, were held overnight and were released this afternoon (14:00 Sunday) after signing conditions that they too are banned from central Tel Aviv and from attending the tent protests, but for 7 days. 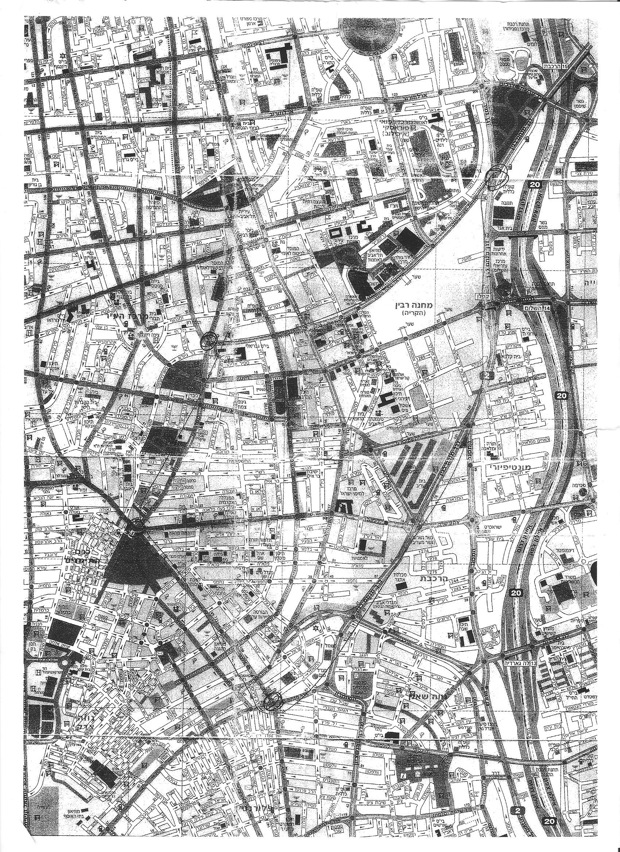 The police and court’s behavior is evident of inconsistent behavior and malpractice. Why did certain activists get released earlier and with different restrictions than others? We know it is not due to their blocking the roads as some of those held overnight were not arrested at the street junction where the road was being blocked but rather in another location, on Dizengoff St. Since those 11 held overnight all have police records from being arrested in the Occupied Territories, it is fair to assume the police gave them “special treatment” and allowed the 32 others to be released earlier.

However, according to the law, police may only use a ban of up to 15 days as conditions for release, such that the 30-day condition is unheard of and indeed the police likely took advantage of those activists’ inexperience with arrests. Furthermore banishment from the area is ridiculous as some of the activists live inside or nearby the area, and merely walking to the local grocery store will mean violating the warrant.

According to Oren Ziv, those 32 activists will appeal the 30-day ban, citing the fact that the tents are where they are currently living, and they cannot be banned from their place of residence.

Ziv also reported that 10 riot police were summoned to the court (14:10) since activists gathered there to show support for those arrested.