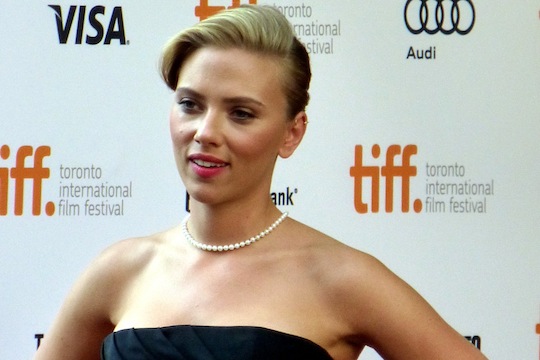 The Scarlett Johansson/Sodastream affair appears to be over. The American movie star left relief group Oxfam citing differences of opinion over boycott and will continue to represent Israeli company Sodastream, which has a factory in a West Bank settlement.

The Israeli media declared victory with the weekend papers cheering Johansson’s decision to quit Oxfam. “Scarlett for Israel” was the headline in Yedioth Ahronoth, whose Friday edition is the most widely read paper in Israel. The editors placed the story on page 1, above the fold. International coverage of the affair, however, told a slightly different story, repeatedly referring to the settlements as illegal and highlighting the damage to Johansson’s image. Here are my takeaways:

1. The difference between opposing the settlements and “opposing” the settlements. “Personally, I oppose the settlements” is a common opening line among many Israelis and American Jews. It’s like saying someone supports the two-state solution, a statement deprived of any political meaning since most Israelis and certainly most Americans are not personally required to help built a settlement or alternatively, facilitate the creation of an independent Palestine. Even elections are not decided on these issues. That is why you hear everyone from Meretz to Alan Dershowitz and Abe Foxman all say they “oppose the settlements.”

Occasionally, however, one needs to take an actual stand – and what do you know? Many so-called settlement opposers rallied behind a settlement-based factory. Here is the Forward’s editor Jane Eisner explaining – believe it or not – that the occupation takes place “outside” the SodaStream factory, not in it; here is Tablet’s Stephanie Butnick congratulating Johansson for proving “herself to be more than just a glamorous face attached to a product”; and there were others, including J Street supporters like Rabbi Andy Bachman. You have to wonder what legitimate action – as opposed to words – against the occupation consists of for this crowd. Probably nothing.

2. The latest Orwellian Newspeak is about an occupation that benefits Palestinians. In defending SodaStream, and later Johansson, there was much talk about the equal benefits Palestinian workers in the factory receive. If the factory was to suffer, the logic goes, those Palestinians will be the first to get hurt. I hope nobody who makes this argument seriously believes that equality exists when one party is completely dependent on the other’s good will. When a worker is deprived of political representation and can find himself in a military court following any controversy or problem, is he really equal? Does he get his freedom to travel along with his paycheck? His right to due process? This seems more like a “our n*****s are perfectly happy” line than serious reasoning. And this also should be said: Palestinians might very well do better or worse following the end of the occupation, but that cannot serve as an argument against giving them their rights.

Nothing exists outside its political context. If Israel annexes the area in which the SodaStream factory is located as part of a peace deal, as some think it will, then the Palestinian society will benefit from land and other compensation it would get in return. Palestinian employees will have a serious representative body to fight and advocate for them, and maybe SodaStream will pay road tolls to the Palestinian state, and so on. In other words, this would be a completely different reality. Right now, the factory operates in a very specific context of the occupation, and it can only be judged in that context.

3. This was a major triumph for anti-occupation activists. How do I know that? Take a look at this Buzzfeed article on the affair. Don’t bother about reading the text, just scroll down to the part that shows some memes that activists created. Most of them are photoshopped occupation images: fences and maps of the ever-shrinking Palestinian territory, checkpoints, walls and watchtowers. I don’t remember Buzzfeed – or any other mainstream organization – ever featuring such a gallery.

The substantial debate these past couple of weeks wasn’t about SodaStream, it was about the occupation, and the terms and images used in that debate were unprecedented. This, for example, is the very mainstream Bloomberg News:

Johansson calls the [Sodastream] plant, in the settlement of Maale Adumim, “a bridge to peace between Israel and Palestine.” But there is no Palestine yet, in large part because of Maale Adumim and the other 130 Israeli settlements throughout the West Bank.

As far as I can tell, this was the prevailing tone in the mainstream media. Sometimes, it went even further. Leading to the next point:

4. Activists and alternative media are able to change the narrative of the mainstream media. Without sites like Mondoweiss, Electronic Intifada and interactions on social media, the story wouldn’t have gotten picked up. With each passing day, the margins are less marginal.

Furthermore, despite the fact that this wasn’t a classic BDS controversy (the target was a settlement-based factory and not Israeli society as a whole), I think that some celebrities might think twice before aligning themselves with Israeli products, and more Israeli companies with global aspirations – not just those based in the West Bank – will become more aware of the effect the occupation might have on their business interests. This is already becoming a dominant line with the Israeli mainstream.