Mutasim Ali is happy but he is not celebrating the landmark court ruling that will set him and thousands of other African asylum seekers free by the end of the year. There is a long, bumpy road ahead, he says, but ‘Israel will be a better place and it is our responsibility to make it so.’ 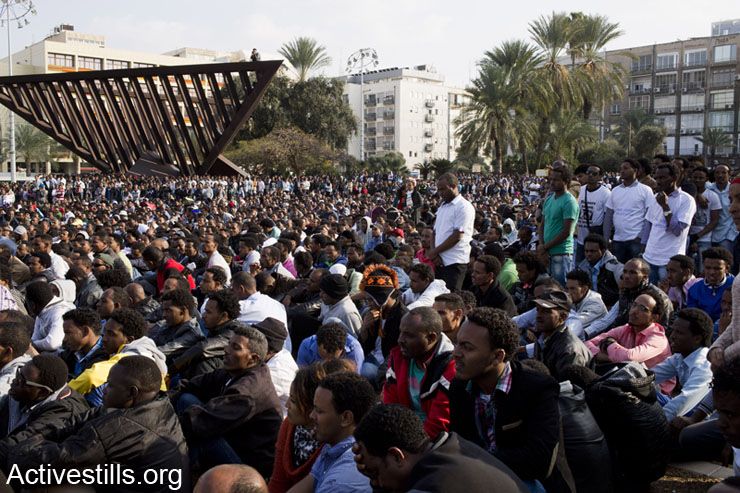 A new dawn has come. A tremendous success has been achieved by everyone who believes in justice and equal rights for mankind. I wasn’t surprised by the resolution of High Court of Justice. No smart person would think differently.

The reason why I expected this [decision] is the same reason why I am in Israel. Israel is the only democratic and lawful country in the Middle East. Trust me when I say this; I believe in the Israeli judicial system and I mean that from the bottom of my heart.

I’m happy not only because this is what we are looking for — we have worked so hard to make this happen and the journey is still very long. The path ahead will be bumpy but we made a commitment never to give up and we have to finish what we have started. This is not about us but it is also about Israel and Israelis: never lose hope and never lose faith. Israel will be a better place and it is our responsibility to make it so. 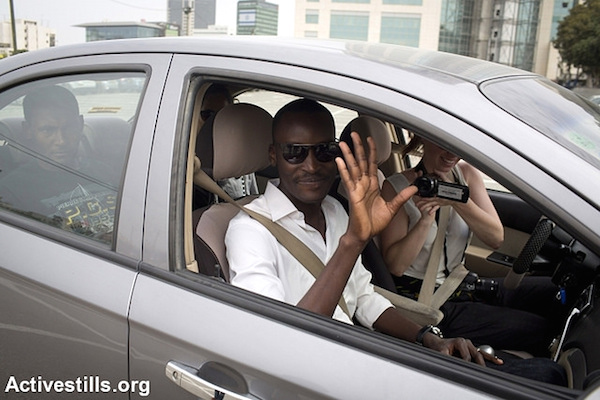 The author, Mutasim Ali, waves as he departs Tel Aviv for the Holot detention center on May 5, 2014. (Photo: Oren Ziv/Activestills.org)

I am not celebrating this, because this is normal — what should happen. I knew from day one that Holot was illegal and that it was only a matter of time and here we are now. That said, justice is not in the High Court, it is in our hearts as human beings.

I know some of Israeli citizens are upset and that they have started to lose faith in the Supreme Court, but it should be a swift point to revise their thoughts and change the way they look at strangers. You might think the court is wrong and doesn’t represent you, but you have to know that the High Court rules according to what the law says and it doesn’t have to represent you like the Knesset; this is how it works in democratic and responsible countries.

To Israeli citizens, I condemn all acts of violence in your neighborhoods, whether it is from my community or yours. And I say with a loud voice that we are here in Israel and we are entitled to Israeli laws. I do understand your pain and your suffering and we should work closely to address it.

To my community, don’t get too excited. Interior Minister Gideon Sa’ar is going to look for ‘Plan C,’ which will not be good for us. But keep hopeful and optimistic and as I said very long ago, justice will always stand firm. It is true that the law is unconstitutional and according to the court’s decision we shall be released in 90 days. Look, we have been in the cities before and we came to Holot to find a solution, so we need to think carefully about it and not to accept being released in the same condition and status had when we first came to Israel — for which we and Israelis both still pay the price until today. We are looking for a legal status that allow us to have our basic rights and a dignified life, as well as a normal life for Israeli society.

Thank you to the High ‎Court of ‎Justice and looking forward to working with the Knesset as well as all of Israeli society.

Mutasim Ali, 27, is an asylum seeker from Darfur who has been living in Israel for five and half years. He is the executive director of the African Refugee Development Center (ARDC) and is currently being held without charge in Israel’s ‘Holot’ detention facility. A version of this article first appeared on Mutasim’s Facebook page and is reproduced here with his permission.