A new amendment requiring military authorities to videotape interrogations of Palestinian minors may seem like a step in the right direction. That is, until you read the fine print. 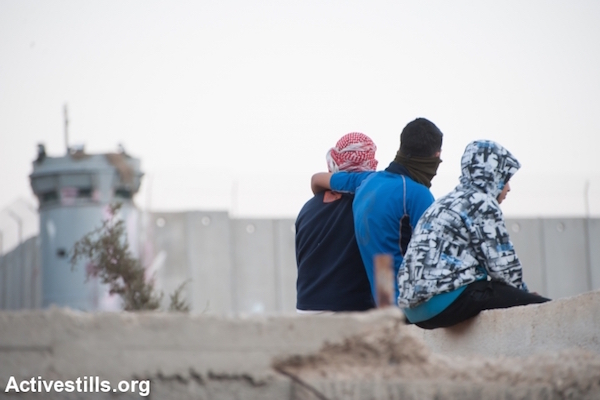 Change has been afoot since UNICEF published a report finding that the ill treatment of children held in Israeli military detention “appears to be widespread, systematic and institutionalized.” Most recently that change has come in the form of a new military order (Military Order 1745), which requires Israeli police in the West Bank to audio-visually record interrogations of minors.

The order also stipulates that interrogations should be conducted and documented in the language of the accused.

Up until now the recording and documentation of interrogations of Palestinian minors by Israeli authorities in the West Bank has been unsatisfactory to say the least. While according to the authorities nearly one-third of minors detained in 2013 had at least part of their interrogation audio-visually recorded, none of the tapes were handed over to defense lawyers at an early stage in proceedings.

In other cases where the interrogations were only audio recorded, defense lawyers report significant discrepancies between the tapes and the statements ultimately signed by the minors.

And perhaps most disturbingly, in a recent report released by Military Court Watch, 69 per cent of Palestinian children reported that they were shown, or made to sign, documentation written in Hebrew, a language they do not understand, at the conclusion of their interrogation.

The use of audio-visual recording during the investigative process is on the rise in a number of jurisdictions around the world. The advantages are self-evident and if implemented with the appropriate protocols, the practice has the potential to significantly reduce allegations of wrongdoing that have plagued the Israeli military system from its inception.

The latest amendment to the military law follows calls for the introduction of audio-visual recording of all interrogations of detained minors in the West Bank by, inter alia, the UN Committee against Torture (2009), UN Human Rights Committee (2010), UK lawyers (2012), UNICEF (2013) and the UK government (2013).

But does this development signal genuine change? The answer to this question is a simple no. The new order specifically states that it only applies to “non-security” related offenses, as defined by the military authorities.

Due to the limited application of the new order it will have no impact or add any additional protection to minors accused of “security offenses.”

Accordingly, the interrogation of Palestinian minors may still be documented in Hebrew without being audio-visually recorded in cases involving allegations of stone throwing or participating in an unauthorized protest, both of which are classified as “security offenses” by the military. However, the new order will apply to such things as traffic offenses involving minors, should there be any such cases.

The most charitable thing that can be said about this order is that it was published in Arabic; a recent development enabling those to whom the law applies, the opportunity to know what the law is. By limiting the law to “non-security” related offense, however, this is little more than a public relations exercise.