On a day when military snipers shot hundreds of unarmed demonstrators, the army declares that ‘the circumstances in which journalists were wounded are unknown.’ The circumstances couldn’t be clearer. 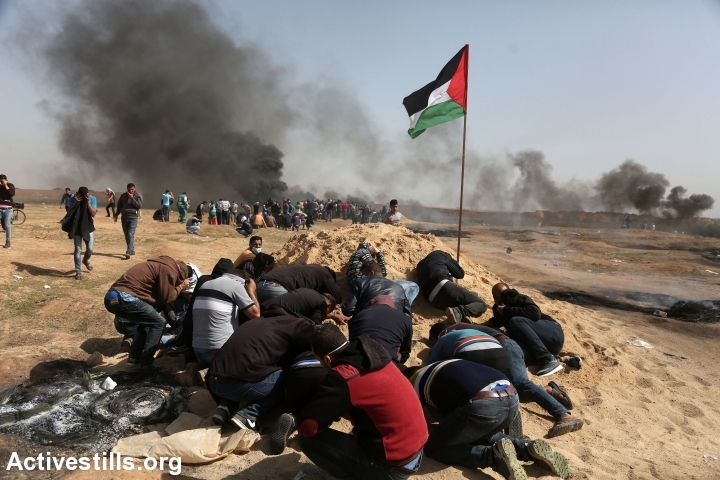 Palestinian protesters take cover behind a dirt mound as Israeli soldiers open fire from across the border in the distance, east of Jabaliya, Gaza Strip, April 6, 2018. Israeli snipers have killed over 30 people and shot over 1,000 others since The Great Return March began a week earlier. (Mohammed Zaanoun/Activestills.org)

Israeli army sharpshooters and snipers have shot over 1,000 unarmed Palestinian protesters inside the Gaza Strip in the past week, killing more than 30 people. This past Friday, at least six Palestinian journalists were reportedly among those shot at the Great Return March. One of them, Yasser Murtaja, a photographer for “Ain Media” who was reportedly wearing a helmet and vest clearly marked “PRESS” when he was shot, later died of his wounds.

“The IDF doesn’t target journalists with gunfire,” numerous publications quoted an Israeli army spokesperson as saying on Saturday, adding that “the circumstances in which journalists were wounded, supposedly by IDF gunfire, are unknown and are being looked into.” 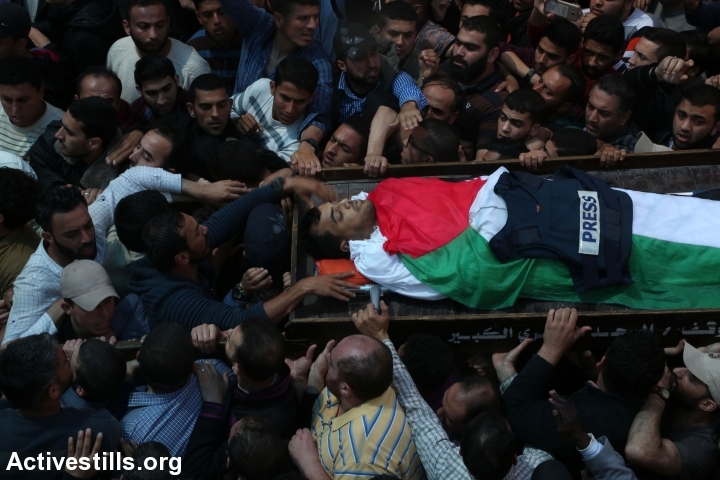 The circumstances are that the Israeli military, which insists it doesn’t target journalists, has a highly discouraging record of failing to hold its soldiers and pilots and generals accountable for targeting and killing journalists in Gaza. That includes the 2012 assassination of two journalists who were traveling in a car clearly marked “TV,” numerous airstrikes on media and broadcast offices, and more.

The circumstances are that, week in and week out, Israeli security forces consistently fail to differentiate between Palestinian journalists and the protests and events they are covering, using violence against both without distinction. In countless cases, documented and undocumented, journalists have been clearly targeted by troops — and the army often brazenly defends that violence.

I am generally wary of making any predictions but here’s how I see this playing out. The Israeli army will eventually come out with a statement about how it cannot reach any definitive conclusions about who shot Yasser Murtaja, or why he was shot, but it will be able to definitively conclude that the Israeli army doesn’t target journalists — so he surely was mistakenly hit. A tragedy that can be blamed entirely on Hamas. (Hamas is always to blame.)

But Murtaja was not the only journalist shot by Israeli snipers that day. Shooting one wrong person could conceivably be an accident. Six journalists shot on the same day suggests something more sinister. 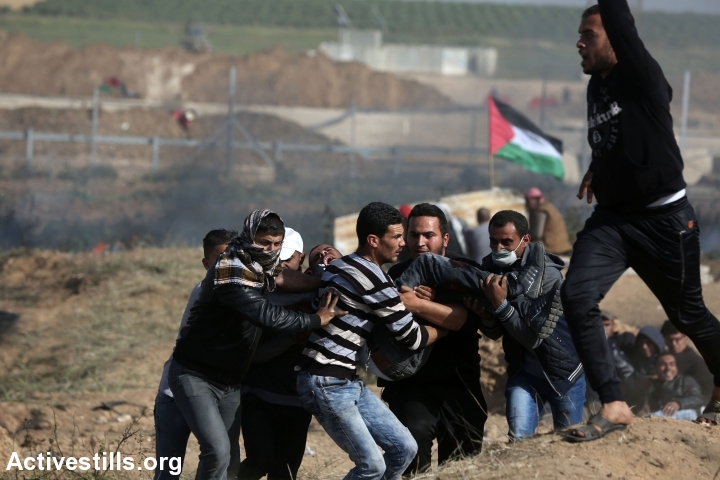 We already know that in previous protests in Gaza soldiers have been given almost no guidance on who to shoot — just to shoot people. We also know that in the past senior Israeli officials have justified targeting Palestinian journalists. (Like clockwork, Israel’s defense minister publicly justified Murtaja’s killing Saturday night.) We also know that soldiers are rarely held accountable for harming journalists, particularly Palestinian ones. And then there are cases like the 2014 Nakba Day killings, where a rogue sniper in uniform just decided to start killing people.

The truth of the matter is that while it is especially outrageous when security forces harm journalists, particularly if you are a journalist yourself, the wanton use of live ammunition against unarmed people demonstrating on the other side of a fortified border, no matter what they were doing at the time and no matter what their job title or political affiliation, is simply indefensible.

It’s time to start calling this what it is: a series of state-sponsored mass shootings, which we can expect to see repeated for the next five weeks. Demanding that the army investigate the killing of one journalist is not enough.