Mahmoud Abbas has told Newsweek he is disappointed with Obama, but the US President has actually done a nice job of revealing the American double-standards with regards to Israel. Meanwhile, Jerusalem’s hawks are suggesting that in response to a Palestinian declaration of independence, Israel should annex the West Bank. Not such a bad idea

UPDATE: See my comments on the Fatah-Hamas agreement at the end of the post 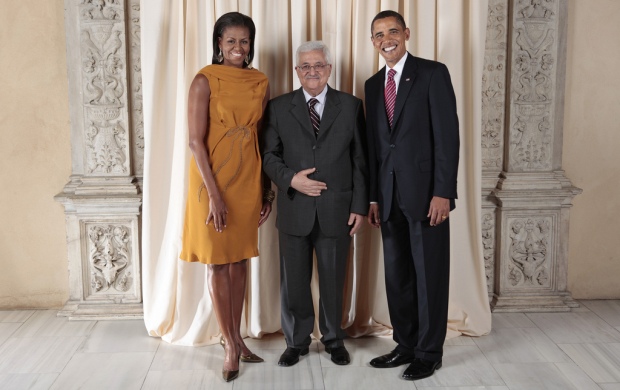 Newsweek has an interesting interview with Palestinian president Mahmoud Abbas. It’s titled “The Wrath of Abbas,” and in it Abu-Mazen shares with Dan Ephron his frustration and disappointment over the US administration’s recent moves, and most notably, the attempt to block the Palestinian diplomatic effort at the UN.

The US has vetoed a Security Council resolution demanding Israel would stop all settlement activity in the West Bank and East Jerusalem, and in recent weeks the administration has stepped up his rhetoric against the attempt to get UN recognition for a Palestinian state. Instead, the US is demanding that the Palestinians return to direct negotiations with Israel.

The heart of the matter for Abbas is the way the US backed down from its demand to freeze construction in the settlement as a precondition to negotiations between Israelis and Palestinians.

… He [Abbas] told me bluntly that Obama had led him on, and then let him down by failing to keep pressure on Israeli Prime Minister Benjamin Netanyahu for a moratorium on settlement building in the West Bank last year. “It was Obama who suggested a full settlement freeze,” Abbas explained. “I said OK, I accept. We both went up the tree. After that, he came down with a ladder and he removed the ladder and said to me, jump. Three times he did it.”

Naturally, Abbas couldn’t agree to negotiate with Israel as construction in the settlements goes on – not after Washington itself put forward a demand to stop such activities. This is probably what John Kerry and other foreign policy veterans referred to when they claimed that the administration “has wasted 1.5 years.” But I am not so sure time was in fact wasted.

American administrations have been demanding Israel to stop building its settlements – and protesting when Jerusalem ignored them – for decades. All President Barack Obama did was try to actually uphold the stated policy – one that was shared by Democrats and Republicans alike. The result was a major crisis between Jerusalem and Washington, which hurt the President even in his own party.

In other words, the demand to freeze the settlements revealed that all previous demands and condemnations were no more than lip service, and that in fact over the years all administrations shared a support for unilateral Israeli activities in the West Bank and Gaza. This is why veterans of the peace process like Dennis Ross and John Kerry might claim it was a failed policy – because it called their bluff – even if that wasn’t what the President intended to do.

The problem was not Obama’s demands from Israel, but rather the fact that he backed down from them — “came down from the tree,” as Abbas put it — because of his political problems back home. Netanyahu was able to manipulate Washington in his favor, and the administration is now back to the old game: advocating direct negotiations and “monitoring” Israel’s actions on the ground, which is the code word for turning a blind eye.

All this is not enough for the hawks in Israel, who hate Obama with such a passion that they suspect he is behind the recent European moves and even the Palestinian unilateral effort. Ironically, a one-on-one with Israeli Benjamin Netanyahu would have probably resulted with the same headline as Newsweek’s interview with Abu-Mazen (except for the different name in the title, of course).

Meanwhile, the administration is floating the idea of publishing “Obama’s parameters” for a two state solution – ones that are likely to be rejected by both sides, as they are based on the 67′ borders (which Jerusalem doesn’t accept) and exempt Israel from its responsibility for the refugees problem, which is a non-starter for the Palestinians. Still, putting forward guidelines for a solution is not a bad idea, as long as the Americans don’t actually expect Netanyahu to negotiate on them in good faith.

There is zero chance that the Israeli Prime Minister will deliver any kind of solution. Netanyahu will not evacuate settlements; at best, he will create the false impression of agreeing to do it in a far away future, hoping that some turn of events will rescue him from the need to keep up his promises. It’s not just Netanyahu’s character and upbringing that pushes him to the right, but also the hawkish coalition he has built, the hard-line advisors he has surrounded himself with (the latest being the recently-appointed National Security Council Chairman Yaakov Amidror), the messages he is sending the Israeli public, his connection to the neo-cons in Washington, and the threat from Avigdor Lieberman in the coming elections. In short, all signs point in the same direction: Netanyahu is playing on time.

Recently, some Israeli hawks have come up with a new idea: Answering a Palestinian declaration of independence with annexing the West Bank and canceling the Oslo accords (didn’t we do the second part at least a dozen times in the past?). It is unfortunate that this idea has very little hope of materializing. As even the settlers know, the Palestinian Authority and the “disputed” status of the West Bank is this government’s greatest—and perhaps only—diplomatic asset. I don’t suppose the Knesset members who initiated this idea meant that Israel should make the Palestinians equal citizens — those rightwing fanatics want the land, not the people — but annexing the territories will be the first step on a one way road that leads to the one-state solution. And as I wrote in the past, this is an option that should stay on the table.

UPDATE: The Hamas-Fatah agreement seems like another victory for Abbas, whose legitimacy crisis might come to an end. It also shows that the Palestinians have decided to take the lead in the diplomatic process, and not let the US, or even Europe, dictate their path to independence.

Naturally, Jerusalem claims that the Palestinian unity proves that there is “no partner” on the other side, but it’s interesting to note that Washington didn’t shut the door completely on the new Palestinian government. Finally, Netanyahu has a new dilemma: after his comments tonight, could he still come to Washington and call for direct negotiations between the two parties, when Fatah shares power with Hamas?