All of Israel’s Arabic schools went on strike Monday in solidarity with 47 church-run schools fighting for equal funding from the state in comparison to Jewish religious schools. The discrimination in education is a microcosm of an entire system of inequity. 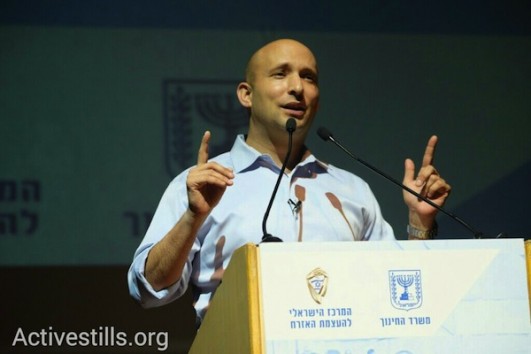 Israeli Education Minister Naftali Bennett published an op-ed last week marking the start of the new school year. “This is the first time I’ve reached this day with 2.2 million students under my responsibility, besides my own four children,” he wrote, promising to ensure that all schools had the tools “to bring you [the students] and the entire education system to new heights.”

The article might have been praiseworthy if the reality of Bennett’s policies were different. On the same day Bennett’s op-ed was published, 47 Arab church schools launched a strike in protest of the Education Ministry’s decreased funding of their institutions. These schools serve about 33,000 Christian, Muslim and Druze Arab children, and are among the highest-ranked in the country. The strike has now entered its second week, and was joined on Monday by all schools in the Arab sector for a one-day protest in solidarity.

The Israeli government has tried to dismiss the schools’ accusations by saying the church schools are “recognized but unofficial” and are treated fairly within that category. That is far from true. In the past several years, the Education Ministry shrunk its funding of these schools from under 75 percent of their budgets to almost 29 percent, while simultaneously restricting how much they can charge families for tuition. This starkly contrasts with Jewish religious schools in the same category, which have a Torah-oriented curriculum and are covered for 90 to 100 percent of their budgets.

Although the protests are focusing on the 47 church schools, the strike highlights the increasing frustration with the longstanding inequality between Arab and Jewish schools in Israel. For years, consecutive Israeli governments announced various plans to close the wide gaps between the education systems, but they are unlikely to be impactful or sustainable. 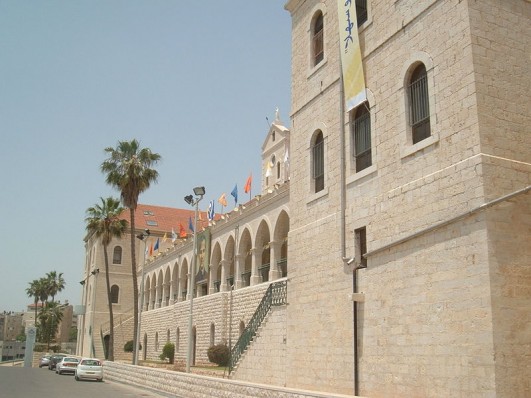 An entire system of inequality

The problem is that successive Israeli governments, and their plans to correct educational disparities, all failed to address one of the most important root causes of the inequality: that the Arab education system remains hostage to the state’s discriminatory politics. If influence in government is required to improve a community’s access to state resources, then Israel’s Arab citizens have little to no sway. There has never been an Arab party in a ruling Israeli coalition, and the Jewish parties in power never had much interest in meeting the Arab community’s education needs.

This indifference can be seen in the unequal allocation of resources to the Arab sector. Despite Arab towns and villages making up a disproportionate amount of Israel’s poorest communities, officials have been more inclined to allocate funds to Jewish communities, including settlements in the occupied territories, based more on political interests than social-economic need. The Education Ministry itself carries out the same policy: while Jewish students in early education received NIS 807 (~$200) in support from the ministry per month, Arab students received only NIS 693 (~$175) – 16 percent more for Jewish children than Arab children.

The discrimination is most severe in the Naqab (Negev), where the state’s refusal to recognize 35 Bedouin villages, and its intention to forcibly displace the residents, means that schools cannot be built in the villages, nor does the state provide buses to transport the children to schools in neighboring towns. Even in recognized villages, electricity, water, safe roads and other basic services are either lacking or absent, thus debilitating the quality of school facilities. It is therefore unsurprising that in 2014, for example, 75 percent of three- and four-year-old Bedouin children did not attend or did not have access to (state mandated) preschools, compared with only 5 percent of Jewish children in the same age bracket. 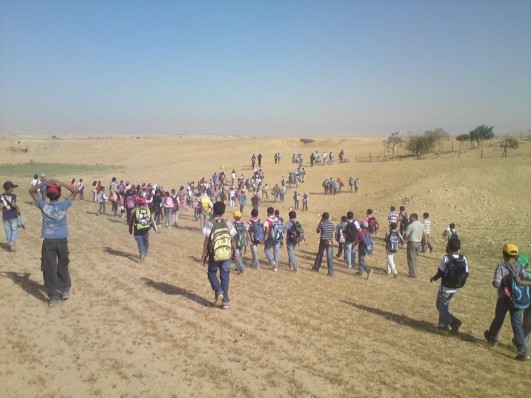 Bedouin children walking to school in the Naqab/Negev. (Photo from Adalah)

These structural obstacles are only part of the story. At the same time that equal resources are denied to Arab schools, the state has consistently targeted the content of the Arabic curriculum to prevent expressions of the Palestinian narrative in Arab public schools. To this day, Arab students do not formally learn about their community’s history outside of the Israeli narrative, relying instead upon their families or their own initiative to do so. Meanwhile, many teachers and students who wish to raise the subject in class are fearful that they may be reported on by informants for the Israeli authorities who monitor political activity at the schools — a practice that has existed since 1948.

The efforts to silence the Palestinian narrative in schools intensified under Netanyahu’s right-wing governments since 2009, promoting a culture of intimidation that views these expressions as punishable acts. The Nakba Law, for example, threatens to pull state funding from any institution that allows the commemoration of Israel’s independence day as a “national day of mourning,” which has led to crackdowns and pressure on students wanting to mark Nakba Day on school and university campuses.

More recently, Bennett joined Culture Minister Miri Regev’s campaign against Haifa’s Al-Midan Theatre by removing the play “A Parallel Time,” a story of a Palestinian prisoner who built an oud in his cell, from the list of cultural performances that schools could show to their students. Thus, far from “teaching more tolerance” as Bennett recently claimed in a New York Times op-ed, the Israeli government is in fact telling Arab citizens that their freedom of expression remains subordinate to the right wing’s nationalist values. 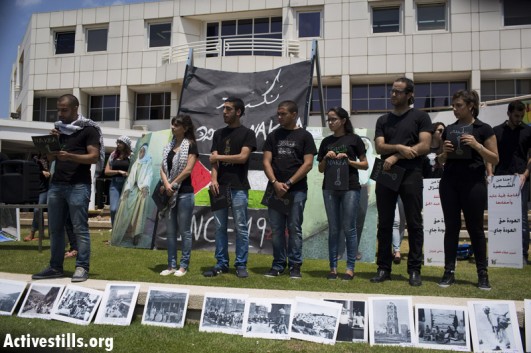 The Arab community has not been passive in the face of these historical and political obstacles. In fact, it has made major advancements in spite of them, while proposing practical solutions to budgetary issues and even the content of the Arabic education system. But these efforts are trapped both by the government’s bureaucratic neglect and the deliberate policies that stem from the state’s discriminatory politics, which views education for the minority as a conditioned privilege instead of their basic human right.

The current strike is therefore not just about restoring funding for church schools: it is a reminder that an Arab child’s education should not have to suffer from politicians who view him or her as unequal to their own children.