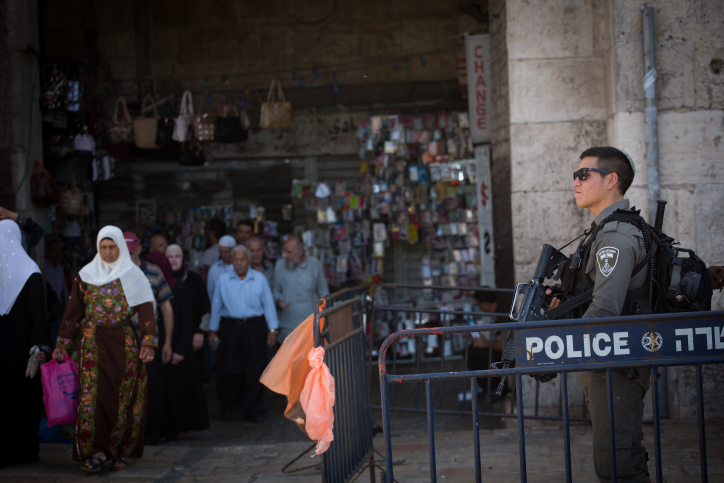 There is no practical reason for the change, and, in fact, the “Jewish Nation-State Law,” which abolished Arabic as an official language, basically guarantees that Arabic will retain all the benefits of being an official language despite being stripped of the title.

So why upend the status quo of the past 70-plus years? Sometimes what a law says is more important than what it does.

You can look at the Jewish Nation-State law from two perspectives. There is the message it was intended to send to Jews: a positive affirmation of Israel as the Jewish nation-state; as the Jewish homeland; as the state of the Jews; a reassuring and nationalist message that says ‘this country is yours and yours alone.’

The other message, the inverse, meant for Palestinians, is: this is not your land; this country does not belong to you, irrespective of whether you are an Israeli citizen living in the home of your great-grandparents or a refugee yearning to return to the land of your grandparents; your culture, language, and history are at best tolerated — this is not their home, this is not your homeland.

The law, therefore, constitutionalizes a twisted and exclusionary social contract. Whereas most democratic states draw their legitimacy to govern from the consent of their citizens, Israel has excluded one out of every five Israeli citizens from that contract. For the one in five Israeli citizens who are Arab-Palestinian, consent has effectively been removed from their governance.

Of course, governing without consent has been the rule, not the exception, for most Palestinians living under the Israeli regime for the past 70 years. From 1948 until 1966 Israel put its Arab citizens under a military regime that tightly controlled everything from movement to education to politics to newspapers.

In the 51 years since then, millions of Palestinian non-citizens in the occupied territories have been forced to live under an undemocratic military dictatorship. Likewise, the hundreds of thousands of Palestinians living in “unified Jerusalem” have no voting rights. Consent has never been a part of the equation for Palestinians living under Israeli rule. Nobody has even bothered to give the idea lip service.

For all of those reasons nobody should be able to feign surprise at the Jewish Nation-State law. The principles it elevates to constitutional status have been around as long as the country it defines. That it sits squarely on a predictable trajectory, however, does not minimize its danger.