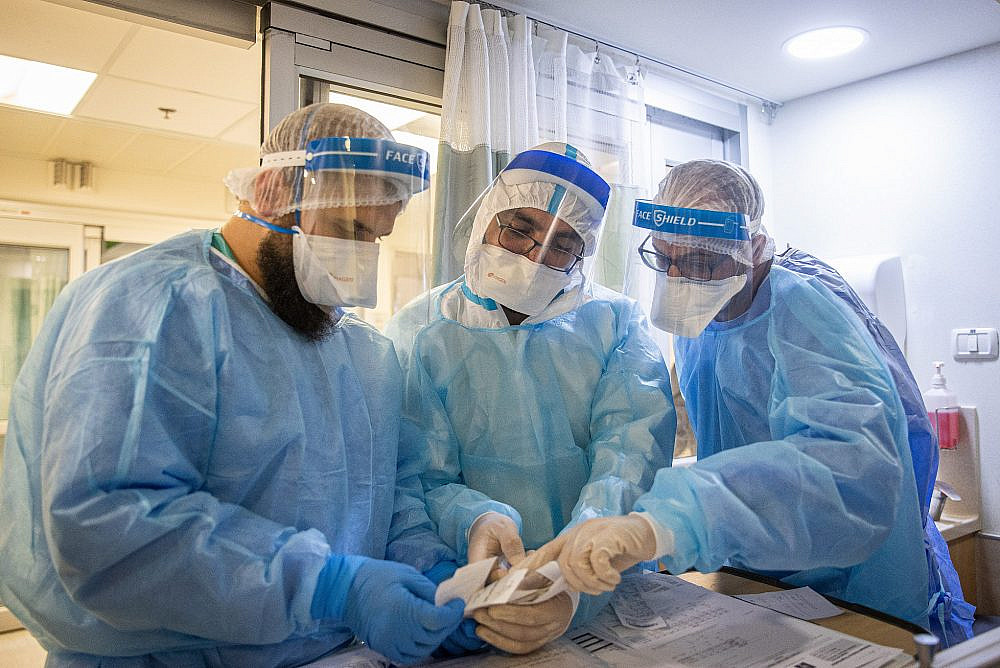 Medicine has always been intimately linked to colonialism. During the era of European empires, public health institutions cultivated fields such as tropical medicine with a conscious goal of keeping European soldiers fit and healthy to conquer territories in Africa, Asia, and Latin America, often while committing genocide against the indigenous peoples. This interest in public health was also deeply tied to maintaining the welfare of settler societies, enabling them to further colonize new lands and replace the indigenous populations, many of which were wiped out by foreign diseases brought in by the European invaders.

The Adelson School of Medicine at Ariel University, located in a major Israeli settlement in the occupied West Bank, has contributed its own dimension to medicine’s service to colonialism. Officially opened in October 2019, the Adelson School — sponsored by American entrepreneur Miriam Adelson and her late husband, the right-wing casino magnate Sheldon Adelson — declares on its website that “The practice of medicine is not merely a profession – it is a mission.”

An underlying part of the school’s mission, however, is a political one: to strengthen, legitimize, and whitewash Israel’s illegal settlements in the name of healthcare and progress. And the Israel Medical Association (IMA), the national institution representing 95 percent of physicians in the country, has been complicit not just in supporting the new school, but actively justifying its existence despite its human rights violations.

For decades in the occupied territories, Israel has created and consolidated “facts on the ground” by turning what began as remote settlement outposts into “ordinary” towns, equipped with public transportation, municipal offices, commercial zones, tourist and conference programs, and educational institutions. The settlement ceases to be a small hilltop outpost, and instead becomes embraced as a “normal” and permanent locality. 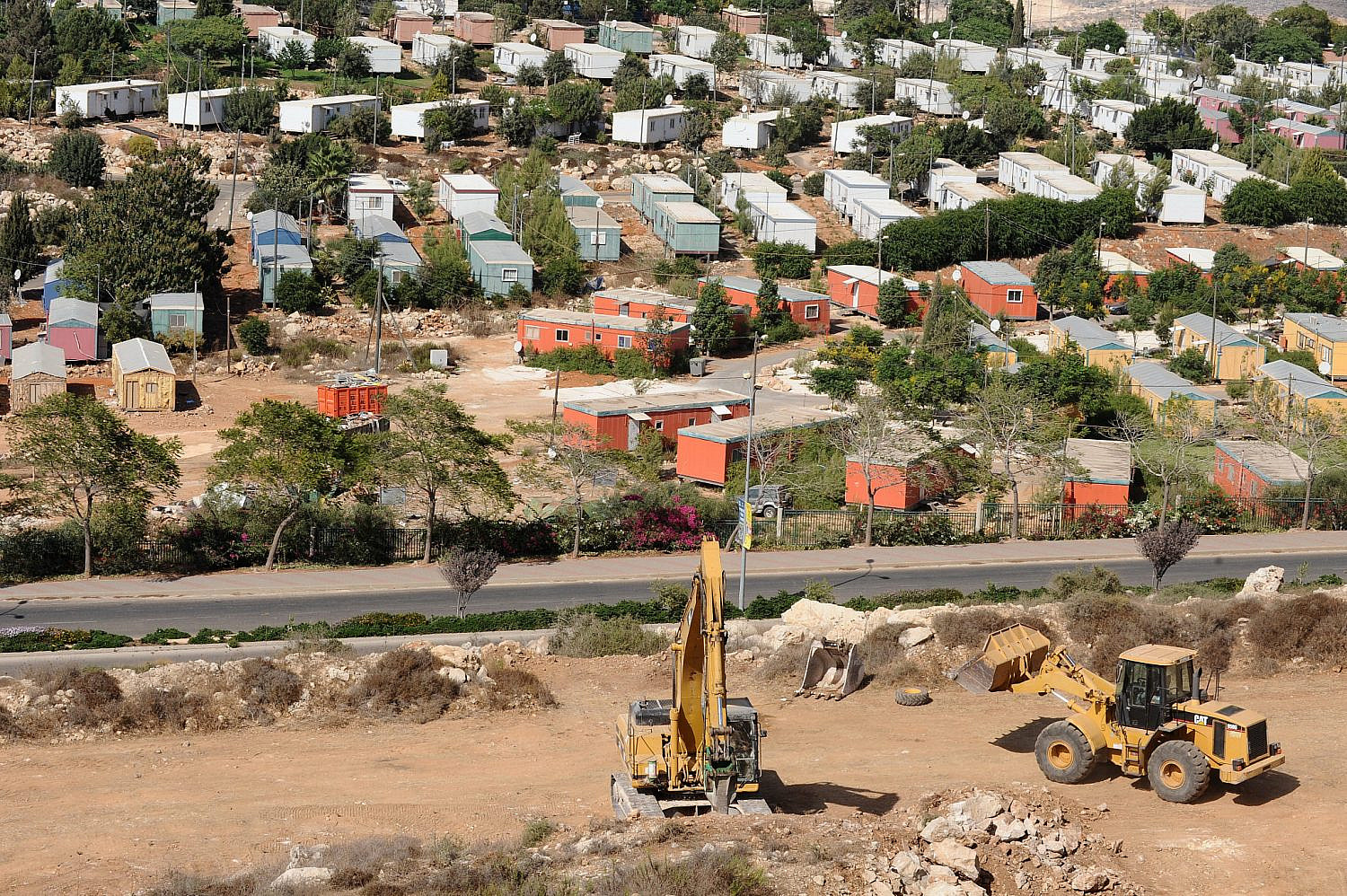 This was the case with Ariel, which was established in 1978 with 40 Israeli families over the land of Palestinian villages like Kifl Hares and Marda, and which has today grown to a city of over 20,000 residents. Amidst this process, academia, culture, and medicine were weaponized to gain international legitimacy for this illegal acquisition of stolen land, and to entrench Israel’s presence in the territories in the national consciousness.

Ariel University, founded in 1982, has played a significant role in this normalization. The Israel Council for Higher Education, the body that supervises the country’s universities and colleges and is headed by the Education Minister, initially refused to recognize Ariel University because it was located in a West Bank settlement; however, the Council eventually did so last year after a protracted legal battle. Soon afterward, Tel Aviv University signed an agreement allowing medical students from Ariel University to be placed in its affiliated hospitals.

The same normalizing process was true for Ariel’s Cultural Center: although some Israeli artists initially refused to perform there, many eventually reneged as the settlement grew indistinguishable from other large towns or cities. These moves were repeatedly met with impunity; as one official noted to Haaretz after the Council’s decision, “We expected an international outcry would be raised. It didn’t happen.”

The political vision behind the university’s development was articulated at the very opening of Ariel’s School of Medicine in October 2019. In her inaugural speech at the center, Miriam Adelson said: “This institution, in the heart of Samaria [northern West Bank], brings together so much of what is so dear to our hearts: medicine, Zionism, science, Torah, Jewish pride and Jewish and non-Jewish physicians, as well as our love for our country and our love for mankind.” 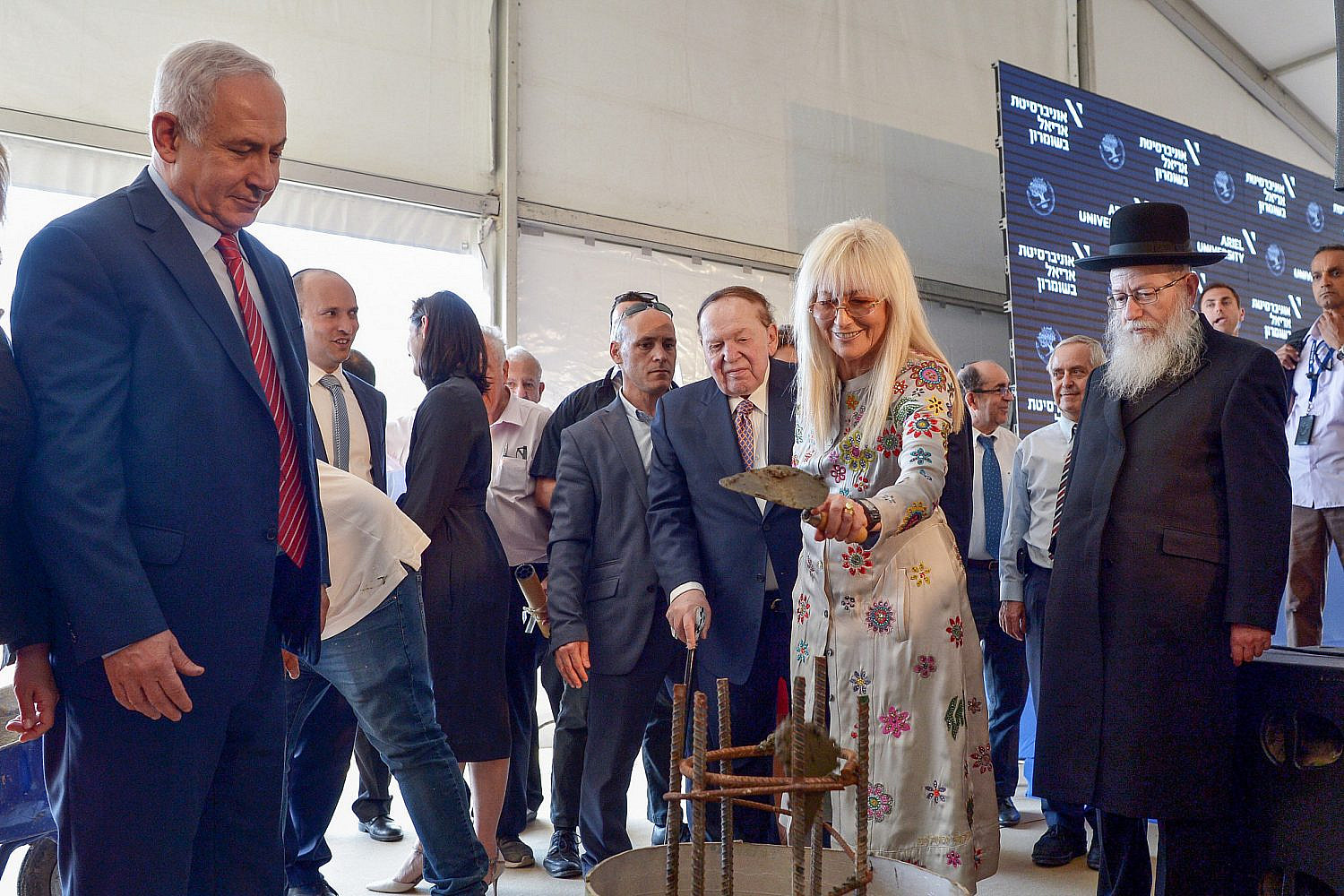 American businessman and investor Sheldon Adelson with Miriam Adelson at the ceremony of a laying of a cornerstone for new Medicine Faculty buildings at the Ariel University in the West Bank, June 28, 2017. (Ben Dori/Flash90)

In her refusal to distinguish between love of country and love of settlements, Adelson reflected the Zionist logic of erasure that sees Palestinian land as a frontier for an expanding settler-colonial project, even as it opens its doors for “non-Jewish” citizens to take part in its growth. She also saw no contradiction between such a colonial project and a “love for mankind” — which, judging by her words and financial investments, does not see the millions of Palestinians that Israel occupies as belonging to humanity.

Clash of medical ethics and apartheid

In October 2021, we at Physicians for Human Rights-Israel (PHRI) wrote to the Israeli Health Minister, the heads of medical faculties in Israel, and the Israel Medical Association (IMA) calling for the closure of Ariel’s Adelson School of Medicine, and proposing that the students there be relocated to different faculties located inside Israel’s pre-1967 borders. We explained that the decision to build a university in an illegal settlement was a deliberate tool to strengthen Israel’s regime of apartheid and occupation, a means of normalizing the abnormal. We noted that such an institution, like all other universities and colleges in Israel, is open only to Israeli citizens and completely blocked to Palestinians in the occupied territory on which Ariel stands.

We highlighted the immense contradiction between military occupation, colonialism, and apartheid on the one hand, and medical and health values on the other; unlike the violent and exclusionary nature of the former, the latter values should not be allowed to separate between people based on race and religion, and should take into account the welfare of all people. We also detailed how the building of illegal settlements on occupied territory, let alone academic and medical institutions, is a violation of international law and amounts to a war crime. To participate in a medical institution within such a setting, we wrote, therefore contradicts the medical ethics that forbid physicians from taking an active part in human rights abuses.

At the time of writing, we received responses from the IMA and the Council for Higher Education, with the former being particularly noteworthy. It began by stating that, due to the shortage of medical students and doctors in the Israeli healthcare system, the IMA welcomed the opening of all new medical faculties regardless of their location. It then stated that applying political arguments to a decision aimed at improving the Israeli healthcare system could harm the health of both Arabs and Jews in Israel, and that it was wrong to enter political disputes in matters of such importance as Israel’s medical and academic future. 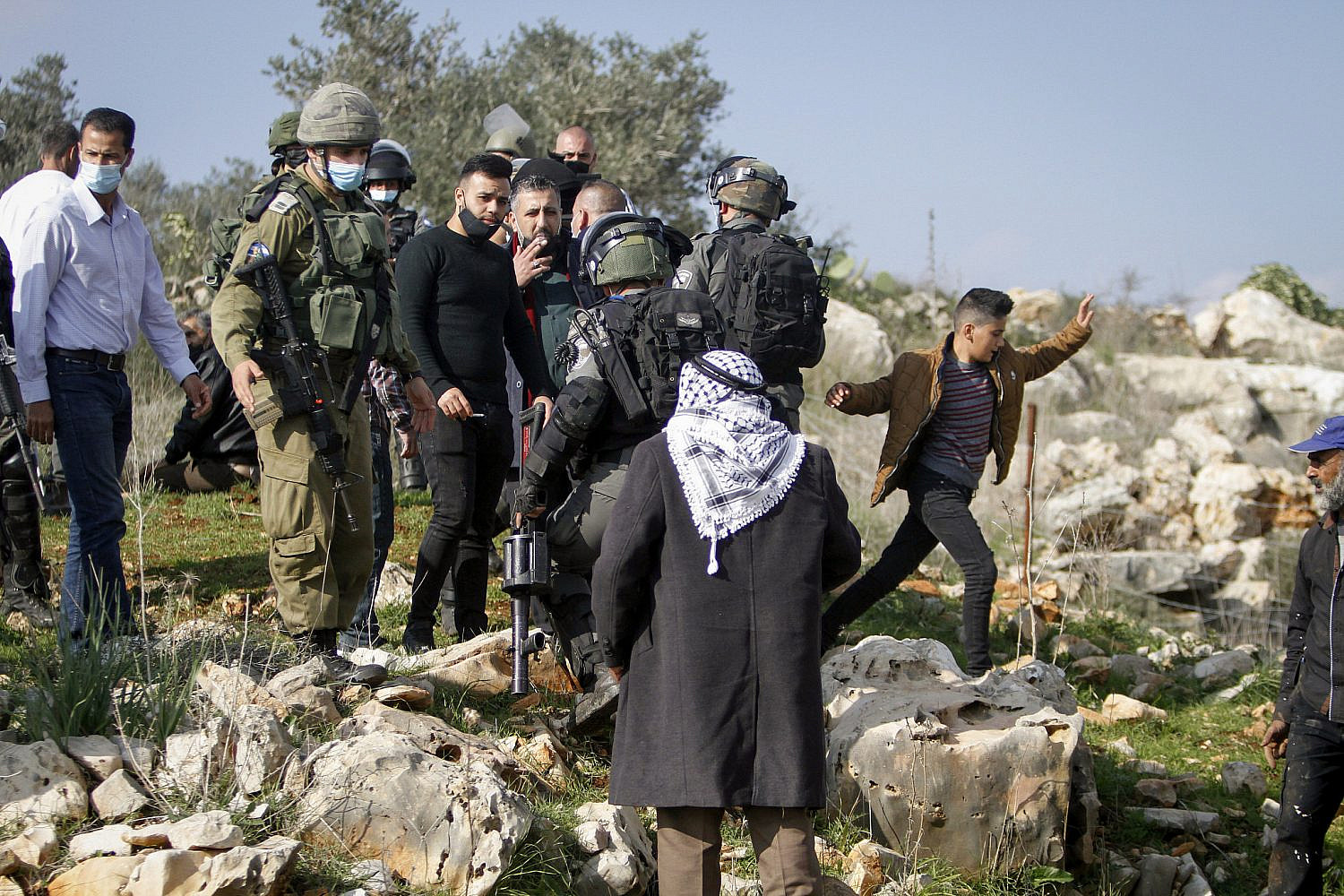 There are several notable themes in this response, which, in our view, speaks volumes about the colonial mentality of the organization. First, the IMA did not make any clear distinction between where Israel starts and where it ends: it effectively regards a West Bank settlement as a legitimate location for building a medical faculty to satisfy the needs of the state. In doing so, the IMA aligned itself with Israel’s policies of building and annexing such settlements, a policy that blatantly amounts to a war crime under the Rome Statute of the International Criminal Court.

Second, the IMA does not seem to regard itself, at least on this subject, as an independent body that should think critically about the actions of the Israeli government. In fact, it presents itself as being fused to the interests of the state, even when such interests are clearly against medical ethics or international law.

Third, the IMA’s response applies a selective understanding of what constitutes “political.” For the organization, the building of an illegal settlement, and later establishing a university with a medical faculty, and later recognizing that university as a fellow Israeli institution, is not political — it is simply business as usual. Rather, for the IMA, to question the legitimacy of such policies, or to call out its clash with medical ethics, or to attempt to correct such injustice, is what is political and harmful.

This action is not separated from an ongoing pattern. The IMA has been complicit in doctors’ involvement in torture and ill-treatment of Palestinians in Israeli prisons, even though such practices are in clear conflict with medical ethics. The IMA has also combatted arguments for Israel’s legal duty to provide COVID-19 vaccines to the Palestinians it occupies, ignoring the fact that Israel is obligated under international law to ensure the welfare of the occupied population, while instead citing political and security arguments invoked by the Israeli authorities to shirk their responsibility. 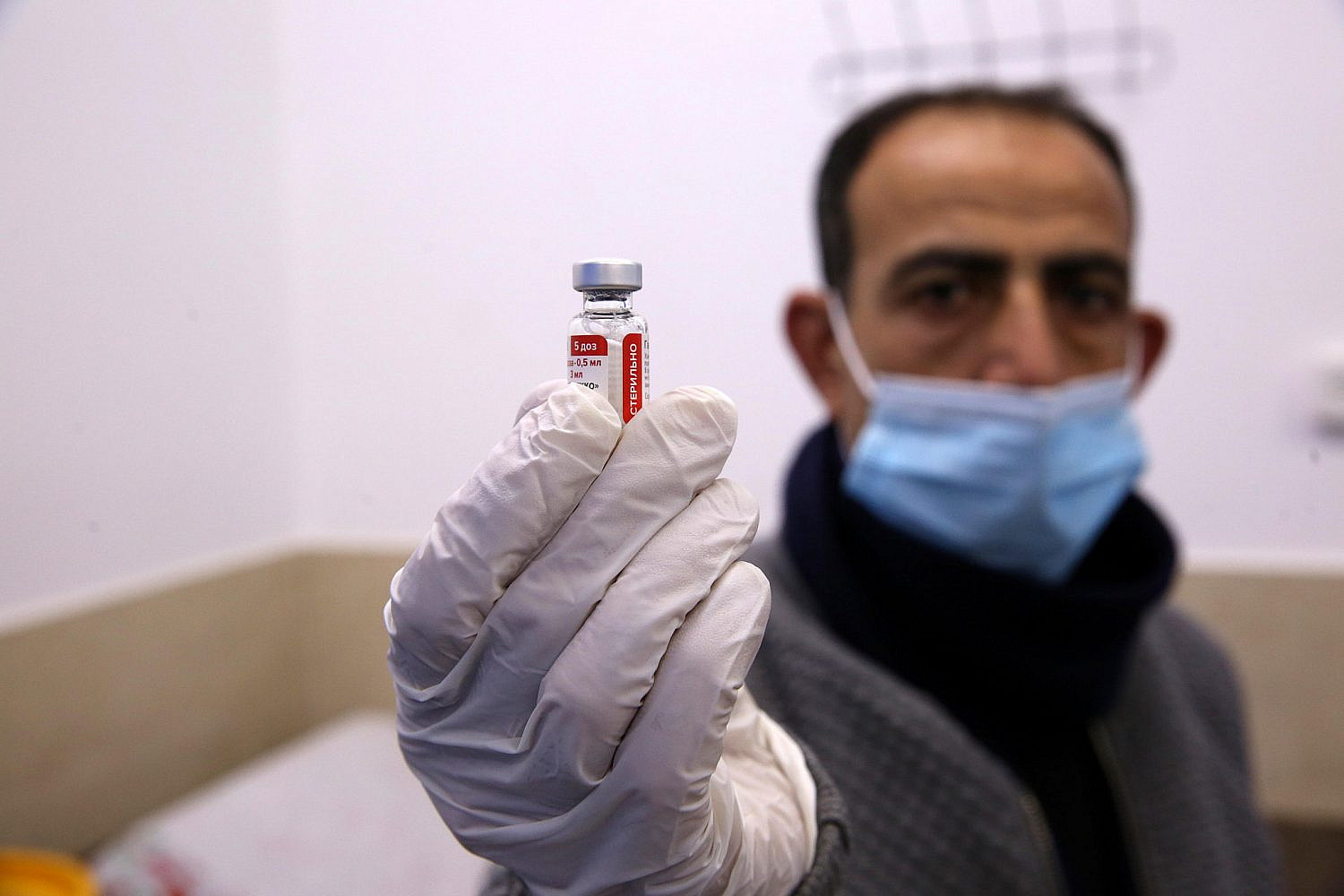 In September 2021, for example, in response to a letter sent by the International Society for Social Pediatrics and Child Health (ISSOP) regarding the harms that Israel’s permit regime was incurring on Palestinian children and parents from Gaza, the IMA dismissed the concerns and instead echoed familiar political talking points.

Writing alongside the President of the Israeli Pediatric Association, the IMA president, Prof. Zion Hagay, said that while Israel “takes every measure” to prevent harm to Palestinian children, “Hamas uses those same children as human shields, and indoctrinates them from early childhood in hatred and violence.” Adding to this whataboutism, the IMA insisted that ISSOP issue a similar condemnation against Hamas and the Palestinian Authority, further claiming that “Israel has instituted ‘sincere and equitable peace negotiations’ on more than one occasion, and would like nothing more than to live in peace with its neighbors.”

Through statements such as these, the IMA has clearly situated its views and its interests in complete alignment with Israel’s colonial policies. We even reached out again to the IMA for comment about the arguments raised in this article, but have yet to receive a response (it will be included here if received).

The IMA’s refusal to address the illegality of Ariel University, and its insistence on defending the Adelson School on the grounds of medical service, is but the latest demonstration of those values. In taking that position, it has embraced its role as yet another tool for Israel to whitewash its crimes against Palestinians and its ongoing military occupation.

Osama Tanous is a pediatrician, a board member of Physicians for Human Rights-I, and a visiting scholar at the FXB Center for Health and Human Rights at Harvard University.

Ghada Majadli is the Director of the Occupied Territories Department at Physicians for Human Rights-Israel.