Hundreds in Israel’s ‘Holot’ detention facility start a hunger strike after seven asylum seekers are sent to prison for refusing to leave Israel for Rwanda.

Israeli authorities sent seven Eritrean asylum seekers to prison on Tuesday, after they refused to be sent to Rwanda as part of a “voluntary” deportation program. Israel is giving Eritrean and Sudanese asylum seekers an impossible choice: leave for a third country where they are not guaranteed any legal status, or be imprisoned in Israel — indefinitely.

Some 700 asylum seekers currently detained in Holot have begun a hunger strike in protest.

The seven men, the first to be imprisoned under Israel’s new deportation scheme, were not allowed to pack up their belongings from the desert detention facility (Holot) where they were being held. Two of them are survivors of torture camps in the Sinai desert, according to the Hotline for Refugees. Israeli authorities had previously stated that victims of torture would be exempt from the deportation program.

Earlier this year, asylum seekers Israeli Interior Ministry officials began handing out deportation notices promising that an unnamed country will take them in, give them some kind of legal residency status, and the ability to work.

However, as +972 Magazine reported from Rwanda recently, what asylum seekers find in that country is entirely different than what Israeli authorities promise them. Those who have already been pushed to leave Israel receive no legal status, and the overwhelming majority are pushed out of Rwanda in a matter of days. Of the thousands of asylum seekers who have left Israel for Rwanda, a minuscule number remain in that country. 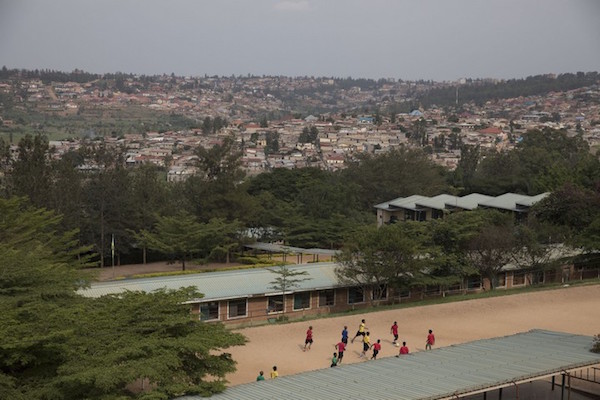 Two of those asylum seekers pushed out by Israel who managed to stay in Rwanda had a message for those being offered imprisonment or deportation: “Do not agree to come here, go to jail,” said one 32-year-old Eritrean man who left Israel in 2015. He said he has been unable to find work, and only manages to survive with the help of friends.

The asylum seekers, who asked not to be named, said they once lived in south Tel Aviv. All still speak Hebrew. “We didn’t receive status, the refugee camps didn’t accept us here, there’s no work, no food. There is no reason anyone should come here. It is better to stay and struggle for status in Israel, even from Holot.”

Yael Marom is Just Vision’s public engagement manager in Israel and a co-editor of Local Call, where a version of this article was first published in Hebrew. Read it here.