This piece is co-written with Max Blumenthal

The day after the American pop star Macy Gray announced controversial plans to perform in Tel Aviv in March, we sat down for a drink at Pua, a bar nestled in the heart of one of Jaffa’s most gentrified neighborhoods. When the waitress, a sociable 20-something resident of the city’s burgeoning young Jewish community informed us of a new brand of beer the restaurant was carrying, we wondered based on rumors we had heard if it was brewed in a settlement in the Golan Heights. The waitress, who was clearly offended, vehemently denied that it was “a settlement beer.” She reassured us that the owner of the restaurant was “a real Tel Aviv type guy,” and as such, “would not carry such a product.”

We were confused. “What exactly is a Tel Aviv type guy?” we asked her. When she returned to our table with two European beers, we asked for more information about the owner and a conversation began. She informed us that the owner of the bar ‘just keeps to himself and his friends in Tel Aviv’. She told us that he was not interested in politics and just wanted to live his life. We asked about her ideas on politics and the occupation. “I am a photographer. I used to go to Bil’in but it is violent.” She continued, “Now I just spend time with my friends and try to be a good person. I can’t take trying to change anything anymore.”

When asked for her opinion on BDS, her response was short and quick: “You can’t fight evil with evil.” She insisted that every boycott in history was wrong. We pressed her gently on the issue of boycotts (what about MLK’s Montgomery Bus Boycott, or the boycott of apartheid South Africa?) but it was clear that she was unwilling to go deep into the issue. She knew about the Occupation, the settlements, the racism that was rising like a tidal wave all around her, but she had deliberately cloistered herself inside a quaint European-style bar and Tel Aviv’s cosmopolitan lifestyle. Perhaps she could have contributed to the fight for a real democracy in Israel and justice for Palestinians living under occupation, but she had surrendered to the culture of apathy sanctioned by an entitled elite.

We began to understand the power of the cultural boycott in disrupting the apathy that pervades middle class, urban Israeli society. Apathy allows Israelis to live in comfort behind iron walls while remaining immune to the occupation and innoculated from its horrors. The culture of apathy allows them to watch the news and let out a groan of concern without thinking seriously about political engagement. In the case of the waitress at Pua, her apathy enabled her to witness the brutal military repression of legitimate political protest in the West Bank, only to return home to Tel Aviv and ignore her culpability.

The cultural boycott forces Israelis to deal with Israel’s behavior towards Palestinians by targeting them where it counts most: in the heart of their affluent comfort zones. The extreme right of Lieberman and the settlement movement must be confronted and exposed, but they are only the most extreme representation of an official ideology of racism towards Palestinians and the Arab world. They have grown and metastisized through fervent political activity, charisma and demagogy, while the “Good Israel” of Tel Aviv sits by impassively, and even cynically, watching the waves roll in while their society goes over the brink. It is the culture of apathy that supplies oil to the Occupation Machine.

Many Ashkenazi citizens of Israel have a second passport, allowing them to travel to and receive benefits from Western countries. They have developed an easy escape valve from the oppressive and violent manifestations of Jewish nationalism. Meanwhile, Palestinians live under a matrix of control devised inside US and European-funded Israeli universities and high tech research centers. An elaborate network of walls, electrified fences, biometric scanning devices, predator drones and collaborator networks ensures that each aspect of their lives is dominated by the Occupation. Because Palestinian residents of Jerusalem are forbidden from living where they choose with West Bank spouses, even their love lives are occupied. How would our waitress at Pua react if her life was subject to such crushing limitations?

We have often heard the argument that Macy Gray and other artists thinking about boycotting should perform in Tel Aviv and Ramallah. This commonly held idea not only reinforces concepts of segregation between Jews and Palestinians, it misses the point of the Palestinian boycott call entirely. The cultural boycott is designed to undermine the normalization of Israeli society. Palestinians do not necessarily want to see rock shows in Ramallah, they want to bring an end to the occupation. The 170 Palestinian civil society organizations who crafted the BDS call concluded that the most realistic non-violent means for ending the occupation was to force Israelis to live with the full responsibility of their actions. This was one of the ideas behind the boycott of Apartheid South Africa and one of the reasons why organizations like the South African Artists Against Apartheid now work to achieve the same goals in Israel.

My colleague and peer, Noam Shiezaf, published a thoughtful piece on this site arguing that Macy Gray should request that a certain number of tickets be sold to Palestinians in the West Bank for her Tel Aviv performance. The Palestinians would buy the tickets and then Israel would refuse their entrance to Tel Aviv. This would then provide a suitable subtext for Macy Gray to cancel her show.

The idea is clever but raises an important question: why would Macy Gray need to create a subtext to cancel? Doesn’t the longest military occupation in history provide a suitable enough reason to boycott? Furthermore, Israel would be able to correctly point out that Palestinians from the West Bank, by and large, are not allowed to enter Tel Aviv due to the sovereign laws of entry and exit to the State of Israel. Thus, the stunt would accomplish little more than reinforcing the notion that a militarized and radicalized Israeli society is perfectly kosher. And by circumventing the substance of the Palestinian BDS call, it allows critics to paint the cultural boycott as a form of collective punishment.

Too much of the commentary about BDS addresses the movement in a vacuum. The fact is, BDS is an integral part of Palestinian non-violent tactics. Quite simply, BDS is the globalization of Palestinian non-violent action against Israel’s occupation. So why do certain Jewish organizations from the United States and Israeli liberal Zionists lend rhetorical support to the joint nonviolent struggle in Sheikh Jarrah and elsewhere, while demonizing the call for BDS as borderline anti-Semitic and beyond the pale of reasonable people? Would the leaders of these organizations sit with the Palestinian families forcibly evicted from their homes in Sheikh Jarrah and tell them that their tactics are illegitimate?

It is easy to wash your hands of moral responsibility by participating in noble but ultimately doomed battles against the Occupation Machine. Confronting your own personal responsibility in allowing the crisis to reach such a terrible juncture is much harder, if not impossible, for too many. Perhaps the hardest step for the left-wing of the Jewish Establishment is ceding control of the debate while Palestinians assume the lead in their own struggle for freedom.

If the international community and especially the American Jewish community is unwilling to allow Palestinians a global form of nonviolent resistance against Israel’s occupation, what is left for the Palestinians to do? If violence is out of the question – it is certainly a terrible option for everyone — should Palestinians simply allow the Occupation to sweep them away like dust?

This is the question posed by the Palestinian national poet Mahmoud Darwish in his famous poem, “The Earth Presses Against Us.” “Where should we go after the last border? Where should birds fly after the last sky?” he asked. BDS may not be a panacea, but it at least ensures that for the Palestinians a horizon darkened by occupation can be extended until a just solution comes into view.

Before you go…
A lot of work goes into creating articles like the one you just read. +972 Magazine is nonprofit journalism, owned by many of our writers, editors, and journalists. In order to safeguard that independent voice, we are proud to count you, our readers, as our most important supporters. With your support, we can keep +972 Magazine a strong, independent, and sustainable force helping push the global discourse on Israel/Palestine.
DONATE
More About macy gray 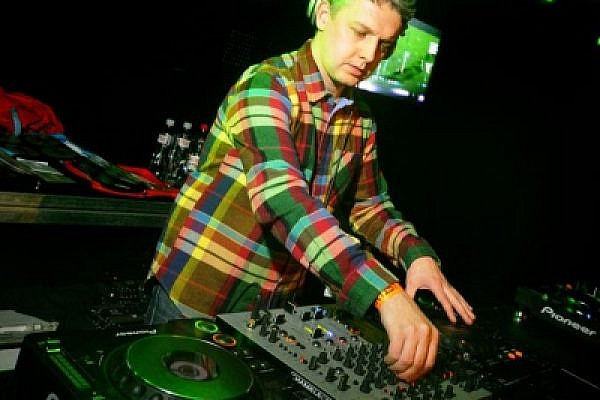 Techno music scene dives into the BDS debate
DJ and Producer Ewan Pearson: “Musicians are not ambassadors with carte blanche to go where we like as we’re spreading an implicit  message of love. Too damn easy.” Last March, following a gig he gave in a Tel Aviv club, JD Twitch of Optimo posted this Tweet: Such warm people in Israel. Great times! Thought…
By Noam Sheizaf May 29, 2011 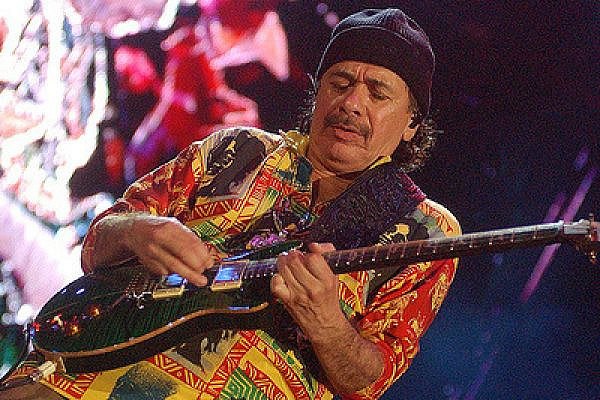 A letter to artists contemplating support for the BDS movement
The occupation has been around long enough for you to decide on whether or not to perform in Israel Dear artists worldwide, famous and less famous, I’m writing to you in light of Macy Gray’s decision to perform in Israel, despite pressure from BDS activists to cancel. I’m glad she asked her fans to express…
By Ami Kaufman January 20, 2011 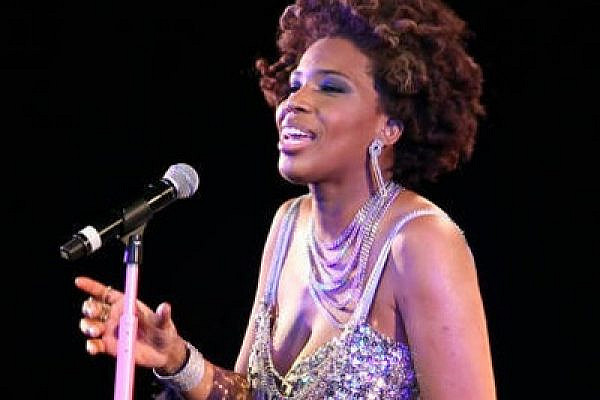 Despite pleas to boycott, Macy Gray will perform in TLV
Pop singer Macy Gray is booked for two gigs in Tel Aviv, but supporters of the Palestinian call to boycott, divest from and sanction Israel have asked her not to come in this letter published online. Ms. Gray, who performed in Tel Aviv last year, turned to her fans on Facebook for advice: should she…
By Lisa Goldman January 19, 2011