Gary Spedding was detained after landing in Tel Aviv ahead of meetings with parliamentarians and activists. He says his phone was hacked and contacts extracted.

A high-profile member of Northern Ireland’s Alliance Party and a long-standing activist for human rights in Israel and the Occupied Territories, Gary Spedding, was detained on arrival at Ben-Gurion Airport on Thursday and told would be deported and banned from the country for 10 years. Speaking from the airport, after being held for eight hours, Spedding told +972 that the interrogating officers hacked into his mobile phone, and copied email addresses and telephone numbers. He also said no reason for his impending deportation was given, except that he was a “liar” and a “security threat.”

“I flew in to Tel Aviv from London Luton at about 4 p.m. local time,” Spedding told +972.  “When I got to passport control the guy asked me to step aside and wait. After about an hour, three people came and took me to a room. They questioned me and took my phone, asking for my security code. I wouldn’t give my code but agreed to type it in to show the phone was a real phone. What I didn’t realize is that somebody is standing behind me and watching me do it. My Hebrew is not very good, but good enough to pick up he was reading out the digits I was typing to the rest of the security team. ” Spedding said the security team then logged onto his mobile phone without permission and scanned through his contacts, text messages and email, copying some of the content manually onto a notepad.

“They told me they’d hold me for nine days until my return flight, so as not to have to pay for my deportation,” Spedding said. The security team questioning Spedding then changed, and one official told him a decision was made to deport him and ban him from Israel for 10 years. “I was told this was a fact, not a threat, and there was nothing neither I or my government could do,” said Spedding, who is a dual Australian and British citizen.

The activist was still being held near Ben-Gurion Airport on Thursday night, and the state’s plans regarding his deportation were not immediately clear. “I’m just one guy, sitting here at Ben-Gurion, pretty tired and not feeling so good but apart from that, I’m ok,” Spedding sought to stress when commenting on the attention news of his detention had attracted on social media networks. “This kind of shit happens to Israeli and Palestinian activists all the time, as we all know, and nobody speaks up as much for them.”

Spedding, 23, is a well-known member of the Alliance Party in Northern Ireland, and is hoping to contest a seat in next elections to the devolved Northern Ireland Assembly in 2016;  he is not yet an approved party candidate. He said that on this visit he had been expecting to meet with Palestinian and Israeli activists and officials, including MKs, to discuss a variety of projects, with a particular emphasis on Northern Ireland’s transition from armed conflict to political process.

As erstwhile leader of the Queen’s University, Belfast, Palestine Society, Spedding had clashed with pro-Israel voices in Ireland and beyond, prompting one pro-Israel commentator to write an entire book titled “Dear Gary: Why You’re Wrong About Israel.” (Full disclosure – I traveled from London to Belfast as a guest speaker of the society in March 2012.) Spedding also repeatedly clashed with some pro-Palestine activists, including ones he felt had allowed themselves to slip from criticism of Israeli policies and politics to ultra-nationalism or anti-Semitism. He has written op-eds for a number of online publications, including Huffington Post UK, Belfast Telegraph, and +972.

If Spedding does indeed get deported, he won’t be the first one – Israel has deported and banned dozens of solidarity activists over the past decade, from ISM members to international activists picked up at Palestinian demonstrations. To my knowledge, no explanation has ever been given for any deportation or ban, except the oblique “security risk.” No evidence implicating any deported activist in any violence has ever been produced.

Anyone with any inside knowledge of why Israeli services thinks any of this makes Israel any safer or better-looking is invited to contact me over email (dimi at 972 dot com); full discretion guaranteed.

Update: On Friday morning, the British embassy was told Gary was a threat to Israel because he was very popular on the social networks and could start demonstrations if allowed into the country.

Update (Friday evening): Gary was deported with a 10-year entry ban to Israel.

Correction: This article has been amended to reflect that Spedding is not an approved candidate for the Alliance Party at previous or future elections. The Alliance Party has, however been in contact with Gary and in a statement to +972 said it is “extremely concerned for his welfare,” adding that it trusts UK consular officials will afford him all the necessary support.

Related:
‘No Falasteen for you!’ Shin Bet banned me from Israel for 10 years
Exclusive: ‘Political contract’ required to enter Israel
Testimony: A filmmaker detained at airport fights deportation

emailemail
Before you go…
A lot of work goes into creating articles like the one you just read. +972 Magazine is nonprofit journalism, owned by many of our writers, editors, and journalists. In order to safeguard that independent voice, we are proud to count you, our readers, as our most important supporters. With your support, we can keep +972 Magazine a strong, independent, and sustainable force helping push the global discourse on Israel/Palestine.
DONATE
More About ben gurion airport 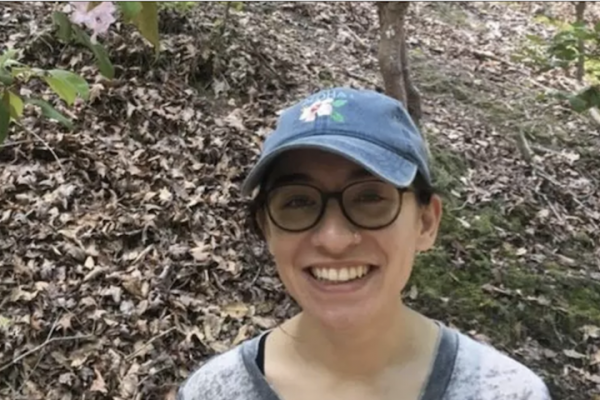 Hundreds of academics, Jewish leaders demand Israel release U.S. student
Lara Alqasem got permission from the Israeli consulate to study at Jerusalem’s Hebrew University. Upon landing, she was detained and ordered deported. She has been held for six days. Over 100 academics and Jewish professionals signed a petition demanding that Israeli authorities release a Palestinian-American student they have been detaining for nearly a week and let her enter…
By Edo Konrad October 8, 2018 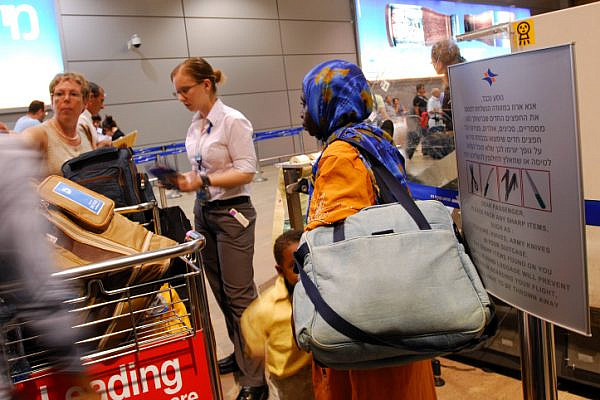 Israel denies entry to Palestinian American over alleged BDS support
Israeli border authorities stopped 22-year-old Lara Alqasem from entering the country, despite the fact that she has a one-year student visa. An American woman with a valid student visa was denied entry to Israel upon landing on Tuesday at Ben Gurion Airport. Lara Alqasem, the 22-year-old granddaughter of Palestinian refugees from Haifa and a recent graduate…
By Edo Konrad October 3, 2018