In an era when settlements are a given, when criticizing the occupation is tantamount to treason, and when there is no viable alternative to the Right, building a community is one way to create a new reality. 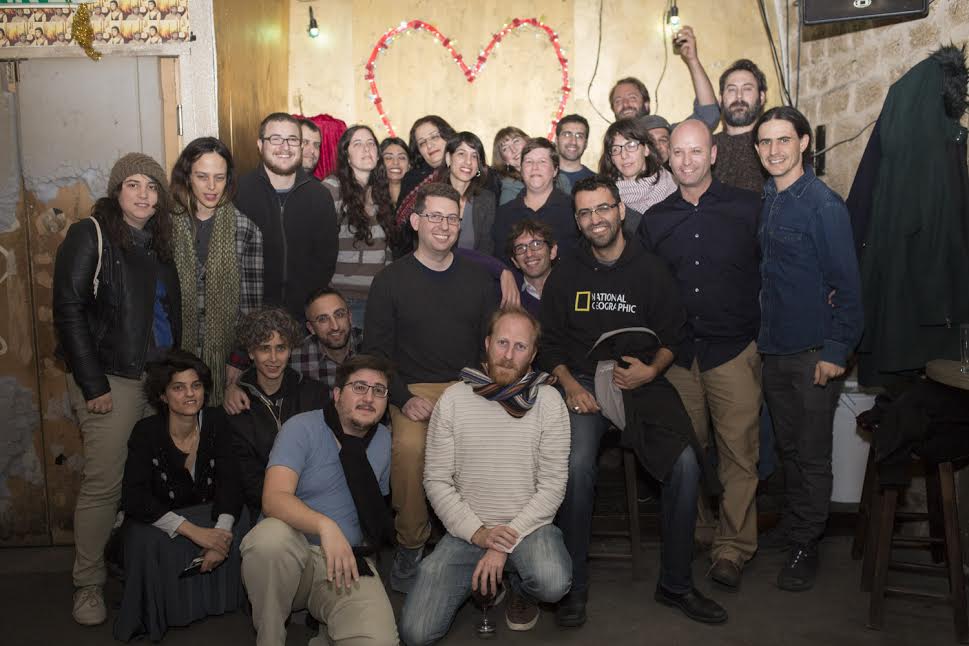 Bloggers and editors from +972 Magazine and Local Call at the Anna Loulou Bar in Jaffa. (photo: Activestills.org)

Arabic, Hebrew and English filled the Anna Loulou, a small bar in Jaffa’s Old City. Some of us hadn’t seen each other in a long time, while others had never met face to face. Some came from afar and others just a five-minute walk away. Some spend their days out in the field, others in front of the keyboard; some of us vote for the same political parties while others can’t agree on almost anything. It was clear that we had all succeeded in building a singular media platform that challenges mainstream discourse. Beyond that, however, we have managed to build a robust collective whose very existence challenges the reality of hyper-nationalism, intolerance and segregation that we live in.

We are not creating Israeli-Palestinian “coexistence,” but rather a network based on a shared determination to confront experiences around us every single day with critical, conscious and sensitive eyes, based on our own personal vantage point and identity. In a post-Oslo era when settlements are a given, when criticizing the occupation is tantamount to treason, and when there is no viable alternative to the Right, how do we challenge the existing reality? +972 Magazine and Local Call have provided me a community — both virtual and actual — in which I can grapple with these issues. In doing so, we are creating new facts on the ground that present an alternative for when, eventually, the occupation does end and something new must be formed in its stead. 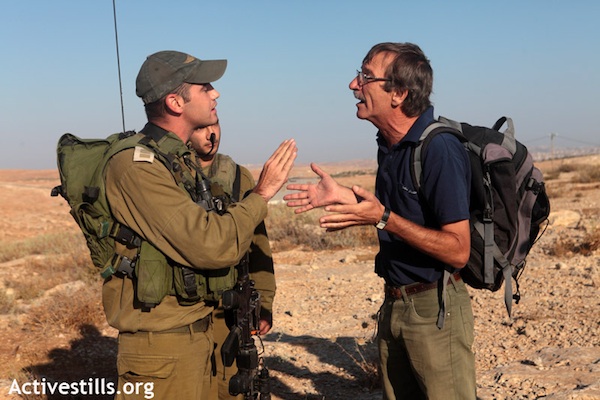 The individuals and groups throughout Israeli and Palestinian society doing this are few, but significant. They are not hoping for or demanding peace — they are laying the foundation for a new reality by embodying the change they envision. Ta’ayush, a group of Israeli Jews who try to protect Palestinian residents of the South Hebron Hills from settler and military violence — and have recently been one of the victims of the Right’s campaign of incitement and slander — is just one such a group.

Much of my political activism and awakening was shaped by being active with Ta’ayush for several years. Being in these areas and confronting settlers and soldiers changes, albeit slowly, the facts on the ground for the Palestinians living there, not to mention for those settlers and soldiers who see Israelis opposing their actions.

In the current climate, when Israeli Jews are starting to get a small taste of what Palestinians have been living with their whole lives, what matters is not only the demand for equality and human rights, but attempting to embody those values every day.