There were 142 so-called ‘obliterated families’ in Gaza last summer — families that lost three or more members in Israeli attacks during the military offensive. Marking one year since the war, the Activestills photography collective wants your help to launch an international street exhibition to bring their faces and names to public spaces in cities around the world. 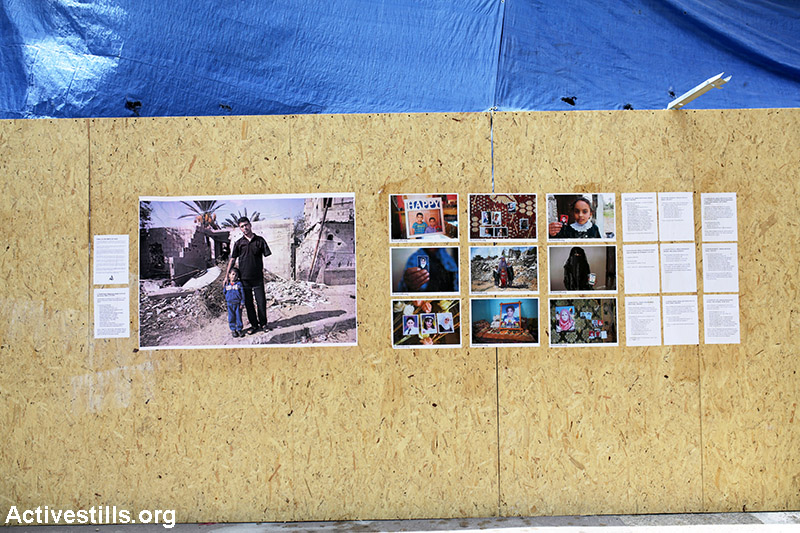 One year on, the Activestills photography collective is launching an international street campaign to the Israeli offensive in Gaza last summer. Activestills is calling on activists — with a downloadable street exhibition kit — to bring the faces and names of Gaza families killed last summer to the streets around the world.

The exhibition, #ObliteratedFamilies, features family photos of those killed and portraits of survivors. Activestills photographer Anne Paq visited more than 50 families in Gaza when putting together the project, which aims to shed light on these families and calls upon people of conscience to demand justice for the victims.

Read also: One year since Gaza: Why there’s no such thing as a ‘precision strike’

More than 2,200 Palestinians were killed in Gaza last summer by Israeli attacks, most of them civilians; more than 500 children were killed. According to the United Nations, 142 families lost three members or more. Some families were wiped out entirely. Some families lost loved ones from three generations — grandparents, parents, and grandchildren. 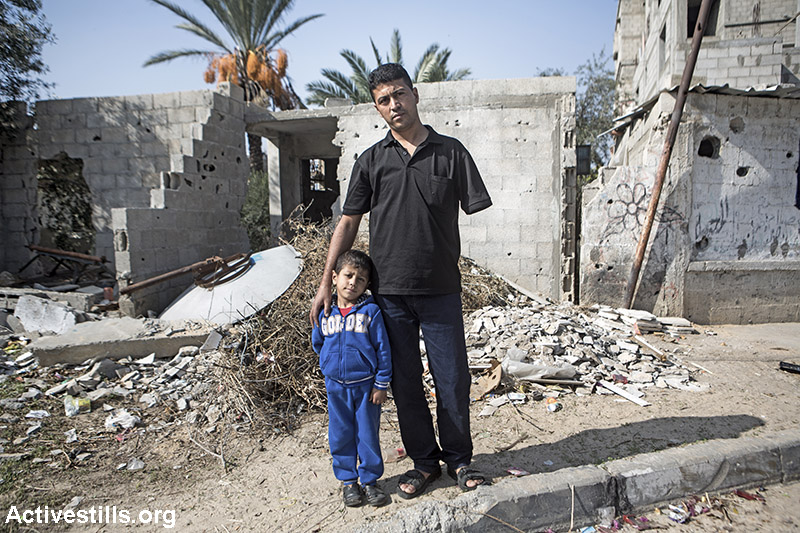 The Siyam family, attacked by two missiles launched from drones, Rafah, Gaza Strip, July 21, 2014. 13 members killed.
Pictured: Nabil, 33, whose arm was amputated following his injuries, stands with his only child who survived, Bader, also seriously injured in the attack. Nabil lost his wife, and 4 of her 5 children. (Anne Paq/Activestills.org) 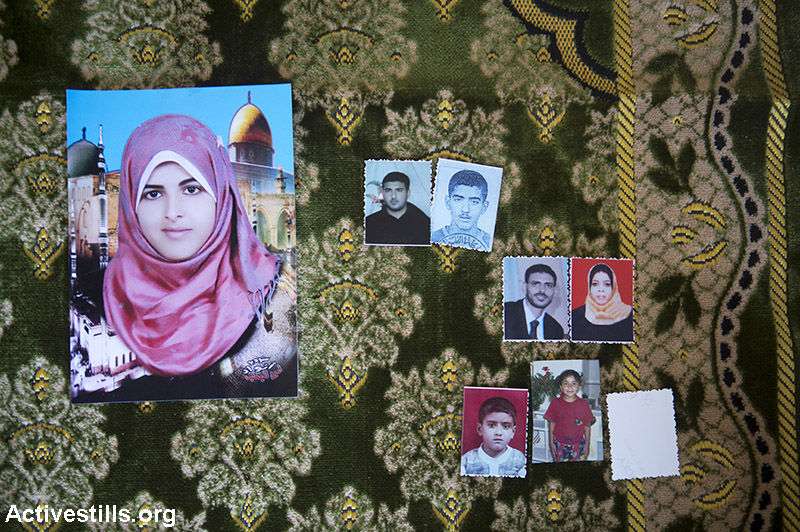 Al Louh Family , attacked by airstrike with bomb, Deir Al Balah, Gaza Strip, August 20, 2014. Eight members killed.
Pictured: Seven of the eight family members killed. Photo taken in the room of Iman (17) ( left side on the photo) who was killed by a small block of concrete which flew through the window. Her house is located about 100 meters from the attack site. (Anne Paq/Activestills.org)

Activestills has been staging street exhibitions for the past 10 years as part of its attempts to raise public awareness of issues ignored or distorted by the mainstream media. By using city walls as a platform to exhibit our work, we try to reach wider audiences in independent, unfiltered, and direct ways. We believe that the streets should be reclaimed for political discussion.

The Activestills collective calls upon activists to spread these photos in their communities. A digital street exhibition kit is available online, accompanied by full instructions and ready-to-print photographs.

The collective asks participating activists to upload photos of the street exhibits to Twitter and Facebook, with their location and the hashtag #ObliteratedFamilies, or to send photos by email. Thanks for joining this global campaign to demand justice for these families, to call for end to the blockade on Gaza, and the dismantling of the military occupation and colonization of Palestine. 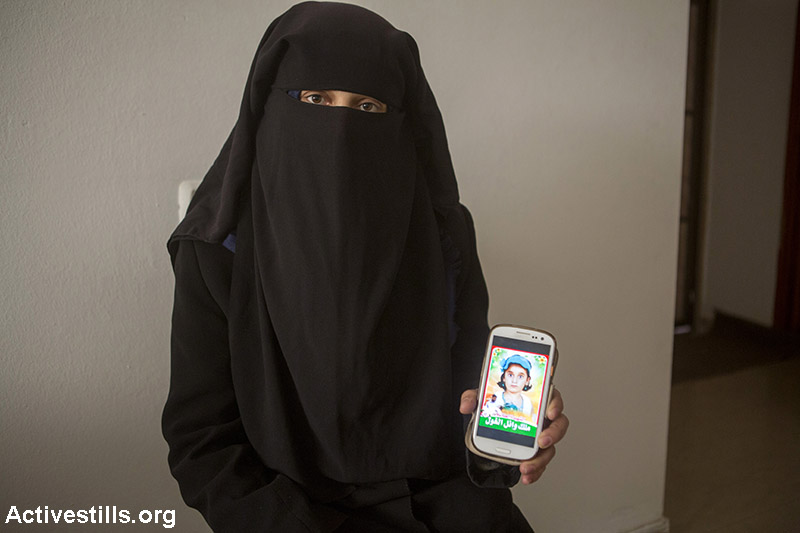 Al Ghoul Family, attacked by missile, Rafah, Gaza Strip, August 3, 2014.
Nine family members killed, including three children and three women.
Pictured: Amal Mohammed Al Ghoul, 37, showing a photo of her daughter Malak. Amal lost three children and her husband, who were all killed in the attack. She was injured and had to be treated in Turkey. She now has to take care of her three surviving children. One of them, seventh-month-old Ibrahim still has shrapnel in his body and needs further medical treatment. (Anne Paq/Activestills) 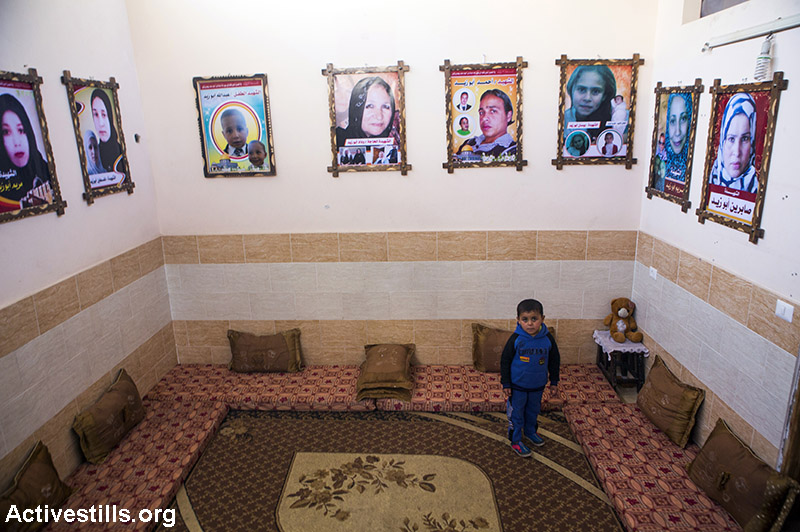 Abu Zeid family, killed by Israeli missiles, Rafah, Gaza Strip, 29 July 2014.
Nine family members killed, including three children.
Pictured: Survivor Nidal, 3, in his destroyed home. Nidal, whose mother and twin brother were killed during the attack, was only found the next day under the rubble. (Anne Paq/Activestills.org) 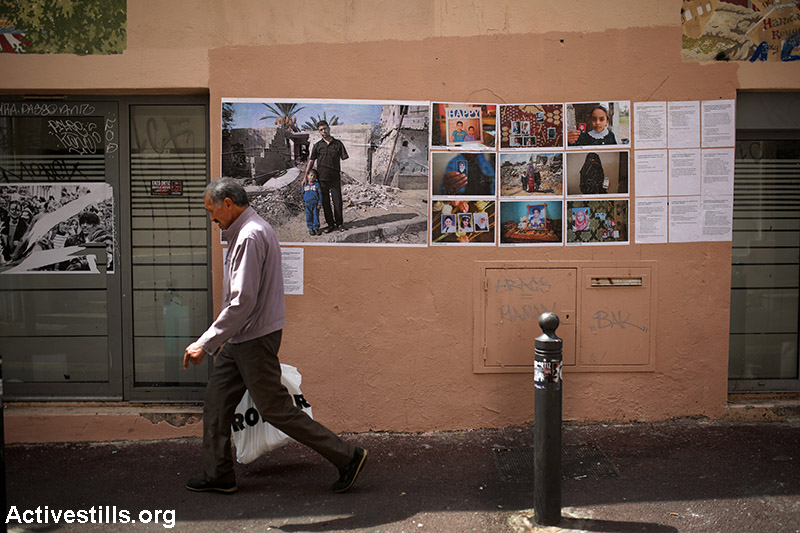