If Israel can teach American liberals anything, it’s that they cannot afford to rest on their laurels. The case of Israel demonstrates that fear-mongering and tribalism can easily prop up an oppressive and racist regime for decades. 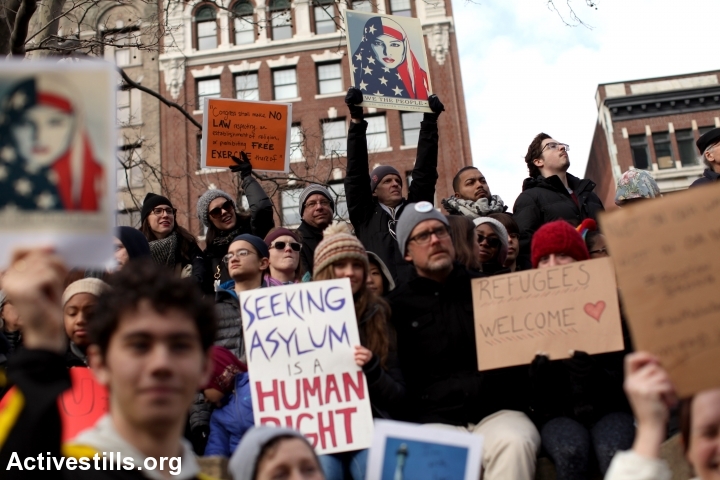 It is not uncommon for Israeli authorities to detain, interrogate and deport tourists of Arab or Palestinian descent, and those arriving through Israel to do Palestinian solidarity work. Jewish Americans, however, especially those engaged with mainstream community institutions, rarely face the types of humiliating treatment for which Israeli airport security has become notorious.

So it raised a small storm on Wednesday when a vice president of the New Israel Fund, a U.S.-based foundation that awards grants to a broad spectrum of Israeli civil society groups, was detained at Ben-Gurion Airport on her way into Israel.

Jennifer Gorovitz, who has worked in Jewish community service for much of her professional life, including for a decade as CEO of the San Francisco Jewish Federation, was interrogated at length for “national security reasons,” according to an NIF statement. Despite telling border security officers that she is a Jew and a Zionist who supports Israeli organizations and rejects the BDS movement, she was derided by officers in three grueling interrogations where they accused her, pejoratively, of “building the society of the Palestinians.”

“I was truly shocked that this place I love so much would turn me away at its gates,” she said. She was ultimately granted entry.

(Full disclosure: Hina is a colleague and a friend of mine, and +972 Magazine receives donor advised contributions via the NIF.)

It’s worth mentioning that neither story involves citizens of the countries they were trying to enter — Hina was a permanent U.S. resident (who, it so happens, was naturalized the day after the incident), and Jennifer is a Jewish American. In more ordinary times, both would have been considered members of their respective national communities and neither would have been given trouble at the border. Despite the many differences in the stories and the contexts, viewing them together provides an instructive lens into evolving notions of membership and exclusion in both countries. 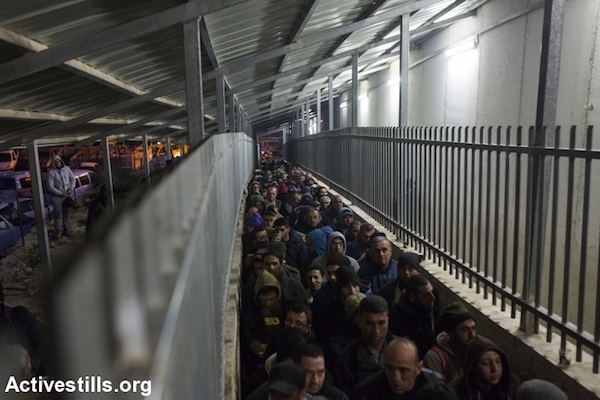 In both cases, the guardians of the border operated under the assumption that membership in a national community can’t be reconciled with work on behalf of non-members. This is nothing new in Israel, where accounts of extreme aggression, mostly targeting Palestinians and international activists, have been commonplace at ports of entry for more than a decade; the harassment of Gorovitz received attention only because American Jews critical of Israeli policy have — with notable exceptions — thus far been largely exempt from this type of treatment. Similar stories from the U.S. have mounted in recent years, but at least in the public imagination, the winds of autocracy hit American airports primarily after Donald Trump signed his January 27 executive order banning entry into the U.S. of nationals of seven predominantly Muslim countries.

In Israel, “national security” rhetoric has dictated law and policy since the country’s founding, and is quite openly exploited in order to further two interrelated goals: controlling the Palestinian population in Israel and the territories, and maintaining Jewish demographic and political supremacy. In addition to overt religious tests for immigrants, Israel has for years had its own version of a Muslim ban, a law forbidding family unification of Israeli citizens and their relatives from the occupied Palestinian territories. (The ban was later extended to nationals of Lebanon, Iran, Syria, and Iraq.) Despite its security rationale, the law has long been understood as a means of limiting or outright barring Palestinian immigration, ultimately meant to protect a Jewish majority in the State of Israel.

To be sure, the United States is by no means new to human rights violations in the name of national security. After 9/11, the George W. Bush administration made torture, mass surveillance, and targeted killings away from official battlefields U.S. policy, with disastrous effects that continue to shape our world. Barack Obama entrenched many of the same policies. Donald Trump, meanwhile, is eager to go much further in inventing and exploiting fears in order to bring the country down the path of the ethno-religious ultra-nationalism long embraced by Israel. Especially because the United States is currently facing such a crossroads, there is value in examining the perils of the Israeli path.

Trump has been doing everything in his power in these first few weeks of his presidency to justify an agenda premised on racial and religious exclusion. It has been heartening to see so many Americans calling his bluff. Millions have taken to the streets in protests both planned and spontaneous. Congress has reported record numbers of phone calls from concerned constituents. In a true performance of judicial oversight, federal judges across the country have issued rulings limiting or delaying the executive order’s implementation.

It’s tempting to take solace in the fact that some U.S. democratic institutions seem to be functioning in the face of assaults on our intelligence and the rights of our fellow humans. That hasn’t been the case in Israel.

In Israel, settlers and their exclusionary ideology have taken over the government, the judicial system has been increasingly politicized and is constantly under threat, civil society is marginalized, and media independence has been dramatically curtailed. For years, the government has put civil and human rights NGOs — particularly those exposing and challenging the military regime under which Israel rules Palestinians — in its cross-hairs. It has targeted their sources of funding, demonized activists, and employed other strong-arm tactics so clearly meant to silence dissent that nobody even bothers to hide the pretenses anymore. In the last two days alone, the Israeli government rebuked Belgium because its prime minister met with prominent Israeli human rights advocates, and intervened to shutter a Jerusalem art gallery that dared host an event with Breaking the Silence, an organization that collects testimonies from Israeli soldiers about human rights abuses in the occupied territories.

Today, there is little outcry in Israeli over assaults on Palestinian rights or dissent, even from those within the privileged class of Jewish Israeli citizens. The reasons for this complacency are manifold, and can be traced back to some combination of decades of fear-mongering and indoctrination, a foundational privileging of ethnic supremacy over democracy, or national and historical trauma. What matters is that the government has largely succeeded. A recent figure from Israel’s monthly Peace Index showed that only 55 percent of Jewish Israelis who identify with the Left think Palestinians should be granted citizenship if Israel were to annex the West Bank. Equality under the law has become a foreign concept in Israel.

Border police officers stand in front of Palestinians as they wait to cross from the Qalandiya checkpoint outside Ramallah, West Bank, into Jerusalem, July 26, 2013. (Photo: Activestills.org)

If Israel can teach us anything, it’s that American liberals cannot afford to rest on their laurels. Government institutions won’t save the United States. Congress has proven itself wholly ineffective, and through judicial appointments and by challenging the judicial system’s popular authority, Trump will be able to reshape and weaken the courts.

Trump will continue to contort reality to fit his narrative of hordes of enemies seeking to destroy America, whether from abroad or from within. He will keep trying to redraw the criteria for membership to exclude more and more communities, including those that most enrich the country. The Israeli case teaches us that an exclusionary fortress mentality, which relies on stoking fear for its power, can easily sustain an oppressive and racist regime for decades.

But America has a major advantage over Israel. The Muslim ban has become a rallying cry for progressives because it is a direct assault on the inclusive and compassionate ideals that so many American citizens still aspire to. If the country is saved, it will be because enough people continue to rally around a common vision for what it can be.

Tragically, the Israeli project never incorporated that type of vision. America, especially under Trump, must never lose sight of it.