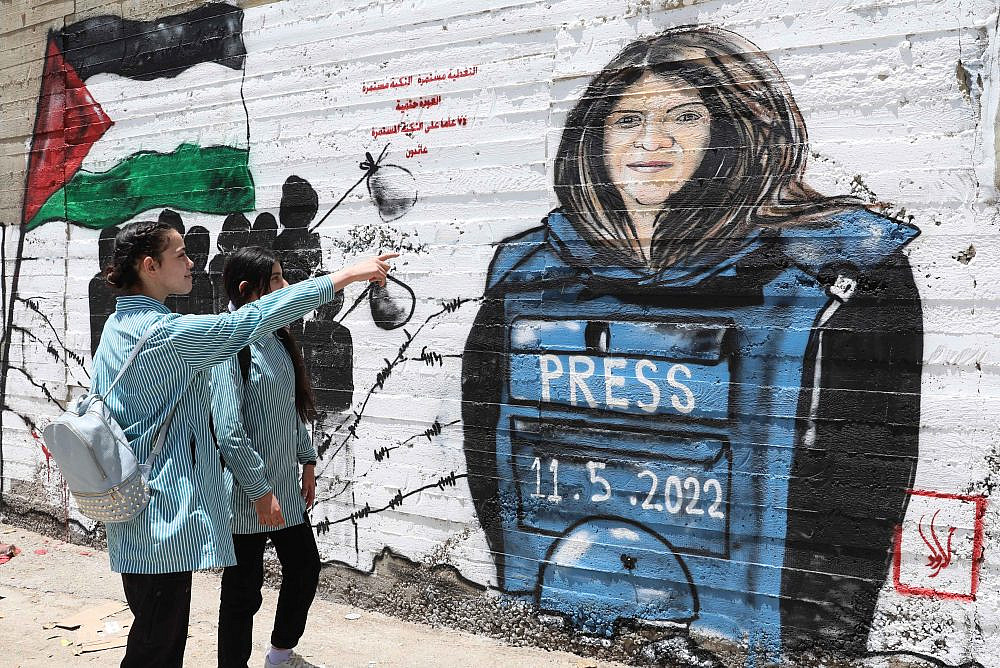 Palestinians walk past a mural of Al-Jazeera journalist Shireen Abu Akleh in the West Bank city of Bethlehem, May 16, 2022. (Wisam Hashlamoun/Flash90)

An in-depth investigation published by CNN on Thursday indicates that Palestinian journalist Shireen Abu Akleh was actively targeted by Israeli soldiers when she was shot dead while reporting on a military raid in the Jenin refugee camp on May 11. The investigation — which cross-references video evidence with eyewitness testimonies, sounds from the events, and forensic material — is thorough and worth reading, and comes just days after the Israeli army announced it would not open a criminal investigation into the killing.

While the army has not ruled out that Abu Akleh was accidentally killed by Israeli fire, it continues to argue that Palestinian militants may have shot her, and that it can make no conclusion as long as the Palestinian Authority refuses to hand over the bullet that killed her for forensic examination.

Despite its findings and eyewitness accounts, the CNN article remained careful and professional. The reporters refrain from claiming with absolute certainty that the army killed Abu Akleh, only saying that it appears so. Furthermore, the investigation concludes that while the shooting was intentional, it cannot determine that the soldiers opened fire in order to deliberately kill Abu Akleh; rather, it states that the shooting was not random and was aimed at where she was standing — without establishing a motive.

Following Abu Akleh’s killing, Israeli politicians, the media, and the wider public have raised two main claims in response to the CNN investigation: that Israeli soldiers do not, as a rule, deliberately shoot journalists, and that the Palestinian refusal to hand over the bullet not only impedes a transparent investigation, but also implies Palestinian responsibility for her death.

The first claim is simply untrue. The Israeli army has killed and wounded numerous journalists in Gaza, and consistently arrests, beats, and opens fire at journalists in the West Bank. Some Palestinian journalists have spent long stints in Israeli prisons for their reporting, have their media outlets shut down, their equipment broken, and are often badly wounded. Just last year, Israel reduced the building that housed the offices of AP and other media outlets in Gaza City to rubble with a targeted airstrike. 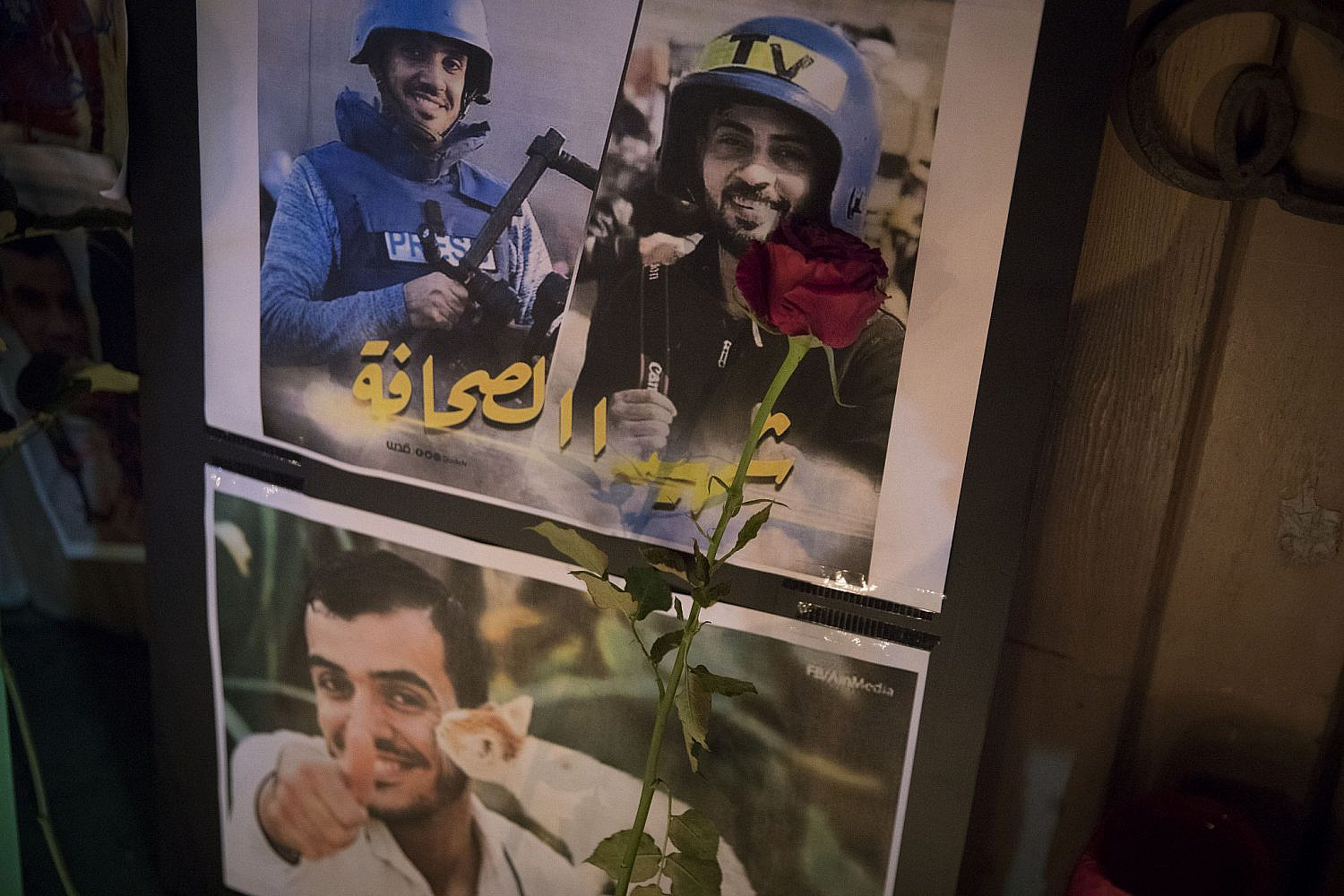 Photos of Palestinian journalists killed by Israeli forces during the #GreatReturnMarch protests in Gaza, are shown during a vigil held by Palestinian citizens of Israel and Israeli activists in solidarity with the people in Gaza, Jaffa, April 27, 2018. (Oren Ziv)

Two weeks ago, just days before Abu Akleh’s killing, we published a video of +972 and Local Call journalist Basil al-Adraa being beaten by Israeli soldiers in the South Hebron Hills, despite the fact that the both he and the Palestinians present at the attack repeatedly shouted that al-Adraa is a journalist. The soldiers clearly didn’t care. This may be an uncomfortable truth for both Israelis as well as supporters of Israel, but the facts show that soldiers do repeatedly target Palestinian journalists.

The second argument rests on the belief that Israel has reliable and trustworthy mechanisms for investigating the killing. But this, too, is simply not true.

The only authority investigating the Israeli military is the military itself — something it does very poorly. There are, from time to time, high-profile cases that garner enough international pressure that they cannot be ignored — particularly if the soldier in question is low ranking and a member of a marginalized community within Israeli society itself, such as in the case of Elor Azaria. But by and large, the Military Police Criminal Investigation Division, better known by its Hebrew acronym “Metzah,” which probes Palestinian deaths at the hands of army gunfire, serves to whitewash the actions of the IDF.

It is no coincidence, then, that human rights group B’Tselem decided to stop working with the army. Nor is it by chance that another human rights group, Yesh Din, issued a report detailing just how bad this internal “investigatory mechanism” really is. We at +972 and Local Call have also published an entire series examining Metzah case files to expose the same mechanism used to cover up the murders of Palestinians by soldiers.

In Abu Akleh’s case, the army isn’t even bothering to open a proper investigation, reportedly out of fear of upsetting the Israeli public. Instead, the army is conducting an internal inquiry led by the commander of the soldiers who were on the ground in Jenin that day. The leading inquirer has a clear personal interest in defending himself and his men, and could even allow the soldiers in question to coordinate their version of events and to tamper with evidence. 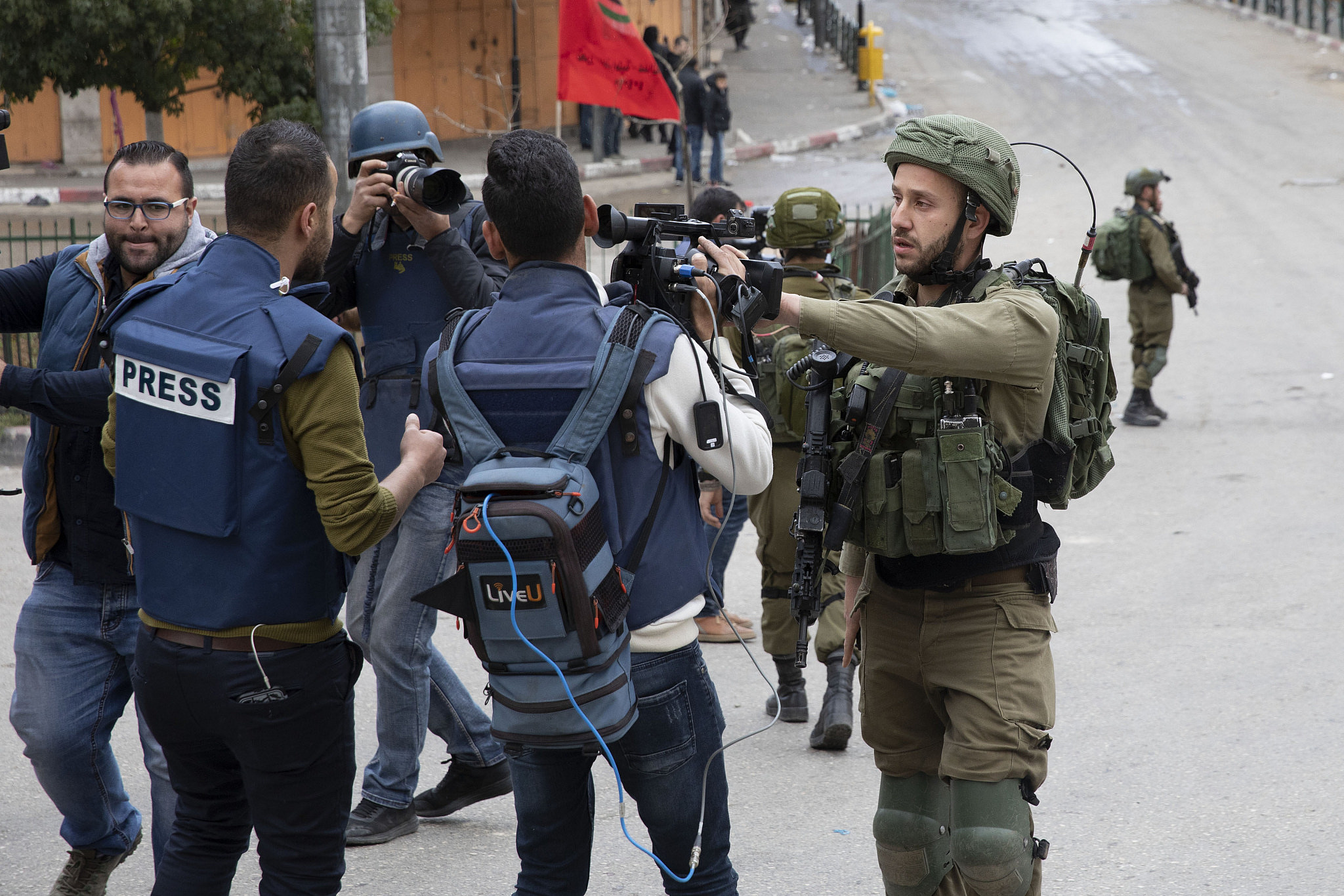 In addition to all this, it is crucial to emphasize that Abu Akleh’s killing took place in the context of a military apartheid regime that is over half a century old. In the occupied territories, this regime grants privileges to Jews, who are citizens, and leaves Palestinians, who are stateless subjects, bereft of basic rights. The army can go nearly anywhere it wants in the West Bank, and has the power to arrest or kill anyone it wants. Soldiers on the ground similarly know that they will not face any consequences for their egregious actions, so long as those actions are not caught on camera (and even then, rarely would soldiers be forced to pay a price). This system of impunity provokes resistance, both nonviolent and armed, which the army then suppresses with brutal and indiscriminate force.

No less significant is the fact that the Israeli occupation will relentlessly go after those who document its crimes, especially if they are Palestinians. The state understands that apartheid not only looks bad, it may even cause some Israeli civilians who are also responsible for this regime to feel guilt. This is precisely why the military systematically lies about its actions: to obscure, sow confusion, and ultimately help those who want to pretend that “we do not shoot journalists” and that the army’s internal investigations are “legit.”

Knowing all this, why should Palestinians, or anyone for that matter, ever trust an army that occupies and oppresses them, that consistently spreads mistruths and whitewashes its own investigations, and entrusts an inquiry into the high-profile killing of a world-renowned journalist to the commander of the soldiers who may very well have killed her?