UPDATE, Wednesday 9.00 AM: The censorship ban on the ABC report regarding the arrest and death of Australian born Ben Zygier was lifted, and this morning the Israeli media is publishing the details in Hebrew. Here is the ABC report:

In June 2010 Ynet, Israel’s largest online news site, posted a story on an unknown prisoner held in confinement in Ayalon Prison. The story was then removed from the site, but the account is still available in the Israeli blogosphere.

In December 2010 American blogger Richard Silverstein claimed that the prisoner was an Iranian general named Ali-Reza Asgari, supposedly abducted by the Mossad.

A couple of weeks later, on December 27 2010, Ynet published a short item on a prisoner who killed himself in his cell two weeks prior. Unlike similar cases of prisoners’ suicide, there was no official report of the death by the prison service. The item was also removed from the site but a screenshot and the account of the story is still available online.

This morning (local time), Australian TV network ABC aired an investigative piece into the alleged identity of a prisoner who was held in Israeli without trial, before committing suicide. The report stated:

Evidence has been unearthed that strongly suggests Israel’s infamous Prisoner X, who was jailed under extraordinary circumstances in 2010, was an Australian national from Melbourne.

Investigations by the ABC’s Foreign Correspondent program have revealed Ben Zygier, who used the name Ben Alon in Israel, was found hanged in a high-security cell at a prison near Tel Aviv in late 2010.

His body was flown to Melbourne for burial a week later.

The death goes part of the way to explain the existence in Israel of a so-called Prisoner X, widely speculated in local and international media as an inmate whose presence has been acknowledged by neither the jail system nor the government.

The Prisoner X cell is a jail within a jail at Ayalon Prison in the city of Ramla. It was built for the assassin of Israeli prime minister Yitzhak Rabin.

Foreign Correspondent can reveal that Mr Zygier was 34 at the time of his death and had moved to Israel about 10 years earlier. He was married to an Israeli woman and had two small children.

Mr Zygier’s arrest and jailing in Israel remains a mystery, but the ABC understands he was recruited by spy agency Mossad.

It is understood Mr Zygier “disappeared” in early 2010, spending several months in the Prisoner X cell.

According to ABC’s report, the man’s family refused to cooperate with its investigation. The item, along with photos of the man, can be seen here.

The Israeli media published short stories based on the Australian piece this morning. Usually, the Israeli military censor allows Hebrew stories on secret issues if they are based on foreign sources. The assumption is that the information has already been made available, so there is little point in keeping it secret. Around noon the stories on the dead prisoner disappeared from the Haaretz, Globes and Walla sites.

An urgent meeting with the editors of the Israeli papers was later called by the Prime Minister’s Office. The so-called “editors’ committee” is an informal Israeli institution in which newspapers editors were given access to secret information in exchange for refraining from publishing it. According to a report in Haaretz, the meeting was called regarding an affair which “severely embarrasses” a government institution or person. Haaretz is not part of the “editors committee.”

Updated Tuesday 5:00 p.m.: During a Knesset session, several Knesset members asked Justice Minister Ya’akov Ne’eman whether he knows anything about the suicide of an Australian citizen in Ayalon Prison. The minister said he is unfamiliar with the affair, and that “if those claims are true, they need to be checked.” The exchange was seen on the Knesset Channel’s live broadcast from parliament.

BECOME A MEMBER
More About censorship 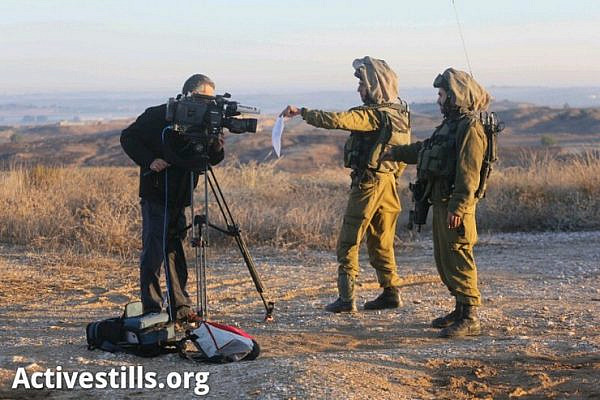