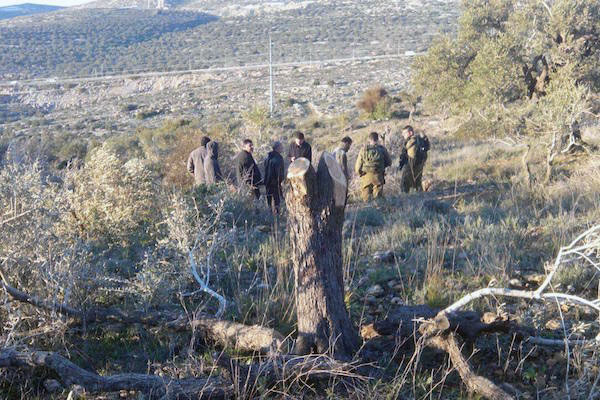 Dozens of Palestinian-owned mature olive trees were felled in a suspected settler attack Saturday night in the West Bank, according to two Israeli human rights organizations.

Villagers discovered the vandalized trees on lands belonging to the village of Yasuf, in the central West Bank in between the Israeli settlements of Rehelim and Kfar Tapuach. 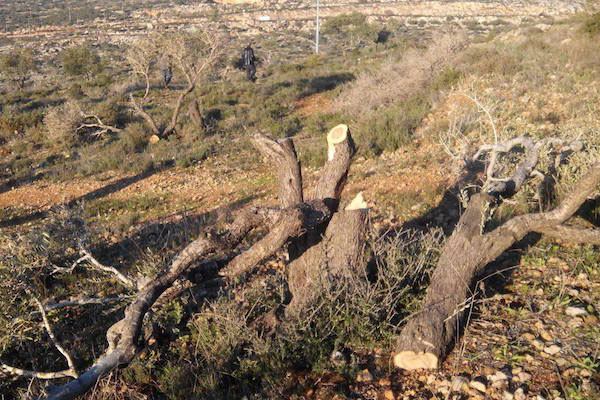 Rabbis for Human Rights called on Israeli authorities to make every effort to quickly find those responsible and bring them to justice.

Over the weekend, Palestinians in the south Hebron Hills discovered that some 40 olive trees had been felled, presumably an act of vandalism by local settlers. 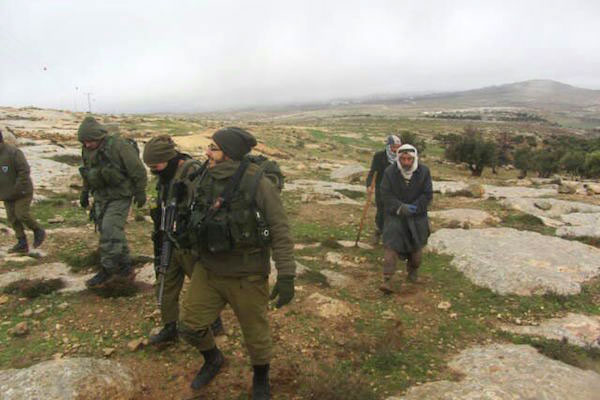 According to the UN Office for the Coordination of Humanitarian Affairs (OCHA), there were 329 incidents of settler violence against Palestinians and their property in 2014 — an average of six each week.

Most of those cases go unsolved by Israeli authorities. Only 7.4 percent of investigations into settler attacks on Palestinian property result in indictments, according to data from human rights group Yesh Din. Many more incidents are never investigated.

Two extremist settlers were, however, sentenced to a record 30 months in prison last month for setting Palestinian-owned cars on fire.

In that case, the Israeli military declared the two to be members of an “illegal association,” which allowed interrogators to deny them access to attorneys following their arrest.

Their attorneys accused Israeli authorities of subjecting them to “undue pressure and abuse under interrogation.”

While settler violence has become a more high-profile phenomenon in recent years, the very existence of settlements — illegal under international law — leads to physical and structural violence against local Palestinians.

From land seizures to restrictions on freedom of movement to separate and unequal criminal and civil legal systems for Palestinians, the existence and expansion of even those settlements “legal” under Israeli law, violates Palestinian rights.