The blood of East Jerusalem’s children, and the blood of their Israeli victims, is a reminder of one thing: there is no way to ‘manage’ the conflict. 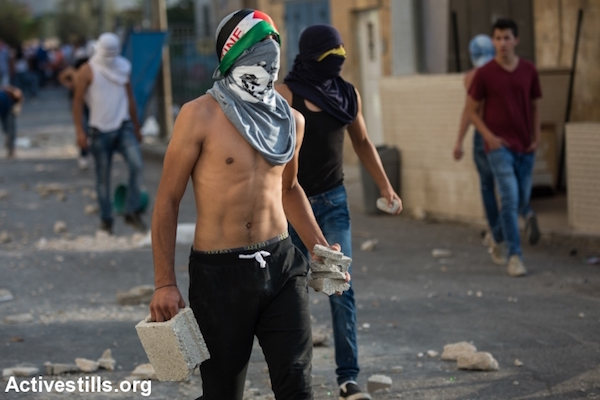 A Palestinian youth prepares to throw pieces of concrete during clashes in the East Jerusalem neighborhood of Shuafat, October 5, 2015. (Faiz Abu Rmeleh/Activestills.org)

A year of mostly bitter, devastating events has finally come to an end. From the murder of 16-year-old Shira Banki at the Jerusalem pride parade to the grotesque behavior of the Israeli Right to the growing exclusion of Arabs from the public space, 2015 leaves behind it very few reasons for optimism. This was the year in which women continued to be murdered in horrifying numbers across the country, Gaza continued to bleed, Israel’s foreign relations took another turn for the worst, and the occupation’s roots became evermore entrenched.

For me, however, the story of the year was the Palestinian uprising in East Jerusalem, which was led by teenage boys and girls, and was nicknamed the “Intifada of the Knives” by the Israeli media. This is the story of never-ending protests in the city’s neighborhoods, of the struggle over Al-Aqsa Mosque, and of those who chose the path of violence — of knives, axes or vehicle ramming — knowing full well that making such a choice will likely lead to the end of their life. This is the story of despair in its deepest sense.

There is no ‘managing’ the conflict

In a reality where the circle of violence forced upon us by the occupation has led many Israelis to accept that we must “live by the sword” — as was recently confirmed by Prime Minister Netanyahu — the murderous stabbings by these teenagers forced us to examine some very basic insights:

Firstly, waking up from the illusion of “managing the conflict.” The violent scenario in which children take knives and head out to stab others is everything but “managed.” This is the ultimate expression of the violent chaos toward which continuing occupation leads us. And this is happening in annexed East Jerusalem, the place where Israeli rule was supposed to reach the peak of effectiveness. As opposed to the West Bank, where the Palestinian Authority has limited governing power, there is no sovereign in Jerusalem apart from Israel. Israel controls it all: from security to municipal management over civilian affairs. 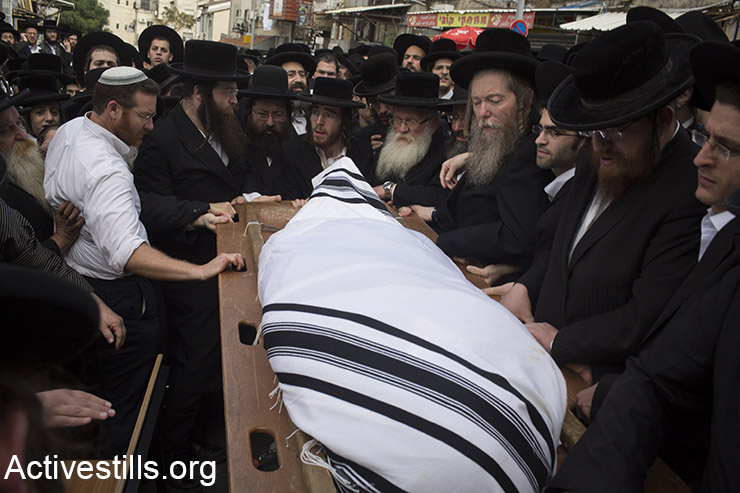 Ultra Orthodox Jews mourn at the funeral of Yeshayahu Krishevsky, that was killed during an attack by a Palestinian earlier today, in West Jerusalem, October 13, 2015. (Activestills.org)

This is where the carrot, which comes in the form of social privileges that come with residency status (Palestinians in East Jerusalem hold Israeli residency, not citizenship), was meant to dull the pain from the stick that repeatedly bruises the city’s Palestinians. The youth’s uprising is proof that this simply doesn’t work. Those same children, who are of no interest to Israelis — not when police officers harass students outside schools, not when there aren’t enough classrooms to begin with, and not when they lose their eyes (or lives) — the blood of these children and their Israeli victims is a reminder of one thing: there is no way to “manage” this conflict.

This uprising teaches us an important lesson about the standard tools used by Israel to oppress the Palestinian population in the occupied territories, first and foremost the violent repression of the local leadership. Since the 2001 closing of East Jerusalem’s Orient House — where PLO activity had taken place over the years — Israel continues to destroy any possibility for effective Palestinian leadership in East Jerusalem, be it on a municipal level or even inside the neighborhoods. Every attempt at organizing, including building a cultural center for children in the neighborhood of Silwan, is faced with violence on the part of the authorities, including arresting minors.

By doing so, the state itself puts these children on the front lines of the struggle. As East Jerusalem’s infrastructure collapses and the astounding rates of poverty essentially paralyze the older generation, the State of Israel is paving the way for the young generation to choose the nightmare scenario. 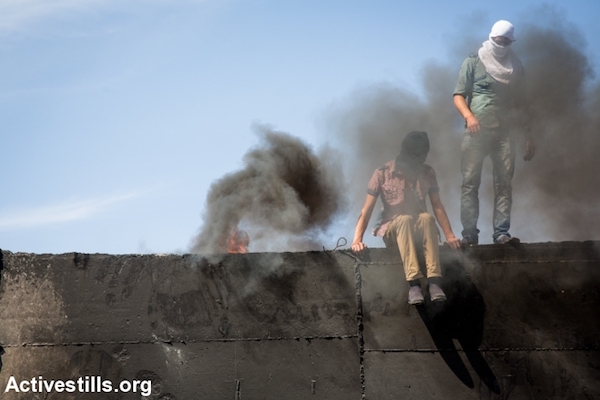 This nightmare, which played out in the streets of the city, has taught us an important lesson about Israeli society and the way we act in times of crisis. It forced us to face the bitter truth that Israeli society can so quickly turn into the executioner when under threat, and that we are essentially opting out of establishing basic ethical norms for ourselves in the violent reality we live in. The lethal knives in the hands of East Jerusalem’s youth have become our mirror, and what a horror it is to look at ourselves.

I chose this story not because the youth of East Jerusalem symbolize heroism — the opposite is true. I chose it because it captures the violent, unavoidable path that a reality of oppression that affects both Palestinian and Israeli society. This is our warning sign — my hope is that we heed those warnings come next year.