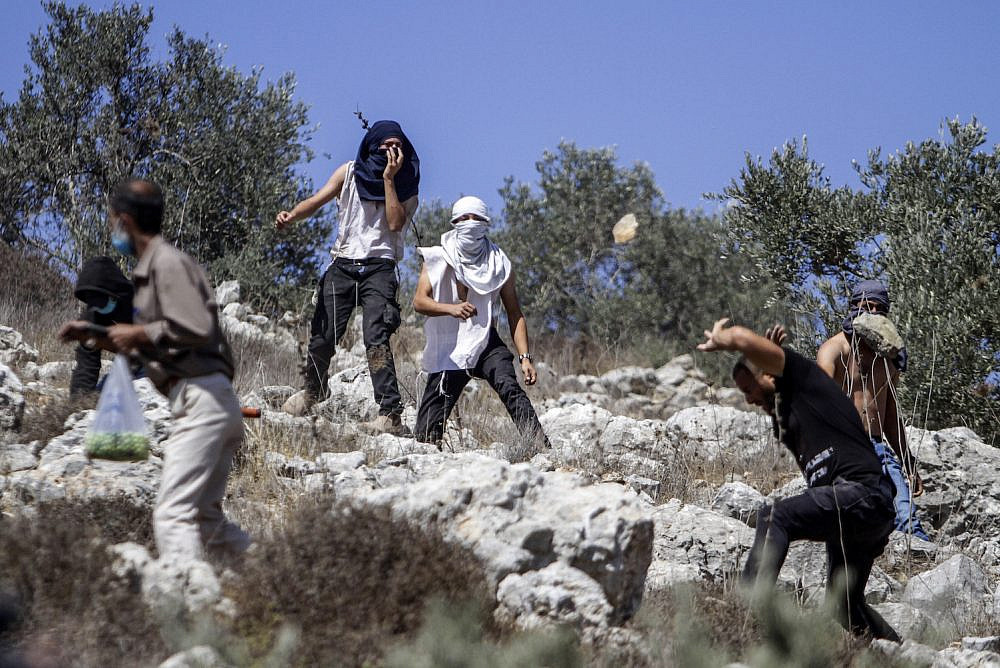 On Sunday Oct. 24, amidst the fallout from Israel’s outlawing of six Palestinian NGOs on spurious and unproven charges of “terrorism,” right-wing Israelis marked the 31st anniversary of the death of Meir Kahane, the extremist rabbi who spearheaded fascistic American and Israeli groups that themselves have been long banned for terrorism in their respective countries.

It can feel facile and even acquiescent to point out examples of Jewish terrorism whenever charges of Palestinian terrorism (and support for it) arise. This understandable reflex not only risks validating the purposefully broad definitions of terrorism that Israel uses to criminalize all forms of resistance to occupation (including human rights work), but can also obscure the power differential wherein Jewish terrorism often has the backing — whether implicit or explicit — of a heavily-armed state.

Nonetheless, if we were to apply the framework used by Israel and its supporters onto Jewish extremists, it would further highlight the arbitrariness, feebleness, and plain racism of the terrorism accusations sweepingly directed at Palestinian individuals and movements.

What would happen, for example, if Jewish organizations allegedly financing and abetting terrorism received the same scrutiny as Palestinian groups accused of the same? A prime example of this phenomenon is the Israeli legal aid outfit Honenu, which focuses almost exclusively on defending Jewish suspects — including IDF soldiers — accused of nationalist violence against Palestinians (representation to which, it must be pointed out, those suspects are entitled).

The group previously provided support to Yigal Amir, who assassinated former Prime Minister Yitzhak Rabin, and formerly gave financial assistance to the families of convicted Jewish terrorists, including Ami Popper, who murdered seven Palestinians in 1990 (Honenu reportedly stopped this practice in 2016 after negative press coverage). Yet it remains eligible for tax-exempt donations from both Israel and the United States.

And which Israeli entities and their supporters would face legal peril for alleged ties to or identification with a group defined as terroristic by the governing authorities? An easy case study is the political party Otzma Yehudit (“Jewish Power”) and its incumbent Knesset member, Itamar Ben-Gvir, who received the backing of former Prime Minister Benjamin Netanyahu. Ben-Gvir was an activist with the now-banned Kach party founded by Kahane, and several of Otzma Yehudit’s parliamentary candidates were Kach graduates. Yet Ben-Gvir not only remains unencumbered by the law, but now actually has the power to help influence it.

Outside the government, there is the far more nebulous network of Israeli hilltop youth, the radical settlers who are largely behind the intensifying waves of violence against Palestinians across the occupied West Bank.

It is true that some of these settlers are occasionally arrested or even imprisoned by the Israeli authorities, and it is true that the Shin Bet has a division dedicated to dealing with Jewish extremism. Yet such interventions are the exception that prove the rule of impunity, collaboration with security forces, and whitewashing that violent settlers customarily enjoy. The settlement institutions that foment such violence have occasionally been subjected to closures or government funding cuts, but have never faced a genuine threat of being outlawed.

Israel’s inability to properly tackle Jewish terrorism and its criminalization of Palestinian human rights defenders are two sides of the same coin, and recognizing as much makes clear that the designation of the six Palestinian NGOs as terrorist groups is not, for Israel, about “justice” or even security. Rather, as Anwar Mhajne and Amjad Iraqi noted in separate pieces last week, it is about domination, and about the decades-long campaign to dismantle Palestinian national identity and “eliminate Palestinian agency,” as Iraqi wrote.

Such imperatives can only lead, eventually, to the outlawing of organizations that advocate for Palestinians incarcerated by Israel, or that document Israeli human rights abuses in the occupied territories, or that assist Palestinian farmers whose land is being expropriated. As Sahar Francis, the head of Addameer, told Yuval Abraham last week: “We’ve been targeted for years, for one reason: we’re succeeding in changing the paradigm around the world by speaking of apartheid.”