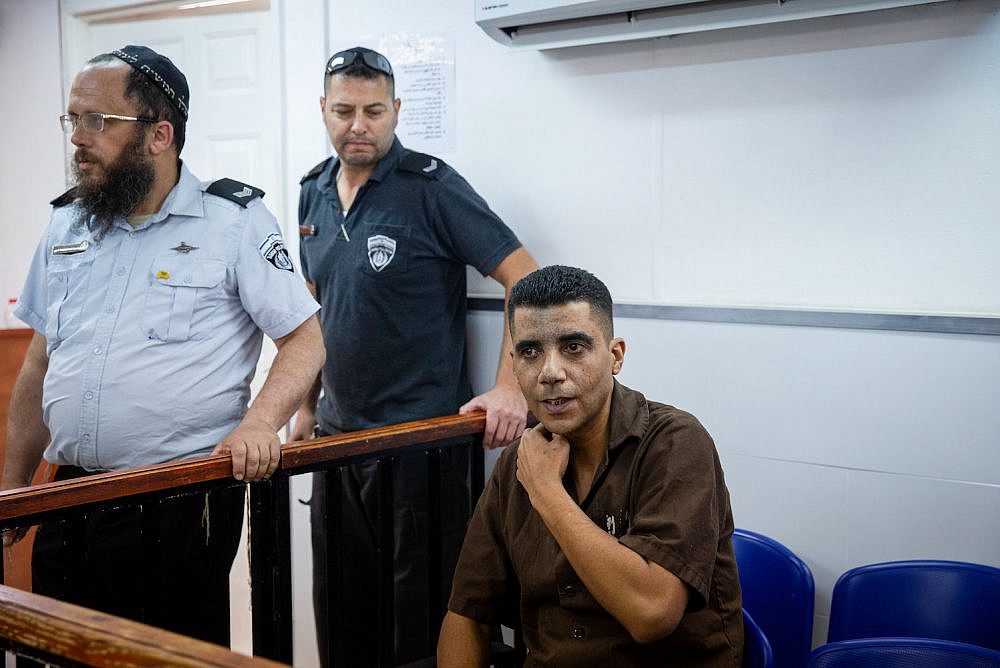 When six Palestinians escaped the notorious Gilboa Prison last week, reportedly using a spoon to dig a 20-meter tunnel underneath the prison walls, Israel responded in the only way it knew how: collective punishment.

In the following days, police cars and army jeeps swarmed northern Israel and the West Bank, closing off and harassing several Palestinian towns and villages in search of the prisoners. The Shin Bet arrested and interrogated several of the fugitives’ family members, though it appears they played no part in the escape. An embarrassed Israel Prison Service cancelled family visits to all prisoners, and tried to “redistribute” 400 inmates tied to Islamic Jihad movement — to whom five of the escapees are affiliated — to undermine their political organizing behind bars.

The incarceration of Palestinians, in both body and spirit, lies at the heart of Israel’s colonial institutions. It is not just that Israel has imprisoned an estimated one in five Palestinians since the occupation began in 1967. When one Palestinian breaks a rule, all Palestinians are to be treated as guilty. When concrete walls are breached, the “prison” is expanded by manpower and technology to put entire communities under watch. When an act of hope captures the Palestinian imagination, the state must move swiftly to crush it.

This policy of total entrapment is personified by the life of Zakaria Zubeidi, the most prominent of the escaped prisoners, who was recaptured with three others on Saturday. Zubeidi was once a commander in Al-Aqsa Martyrs’ Brigades, dedicated to waging a militant campaign against an occupying power that had killed, among many others, his mother and brother. Later, through his friendship with the late director Juliano Mer-Khamis, Zubeidi became an advocate of “cultural resistance,” helping to re-establish the Freedom Theater in his hometown of Jenin and even engaging with Israeli peace activists.

Zubeidi weaved in and out of these paths for years, but both were met with repression and imprisonment. The armed struggle that Zubeidi championed in the Second Intifada failed catastrophically under the brunt of Israeli military might, crippling Palestinian society and their political cause. Zubeidi’s pursuit of culture, too, did not stop Israel in 2011 from inexplicably rescinding the amnesty it had issued him four years earlier, nor did it prevent the Palestinian Authority from detaining him without charge for several months in 2012. To the benefactors of apartheid, a Palestinian promoting art is as much a threat as a Palestinian wielding a gun.

Zubeidi’s inability to release these shackles, no matter what path he chose, says much about the regime’s complete intolerance of Palestinian resistance to their subjugation. This doctrine, which sees no difference between violence and nonviolence, is the bedrock of anti-Palestinianism worldwide: it exists in U.S. legislation that seeks to quash boycotts and divestments against Israel; an IHRA definition that equates Israel criticism with antisemitism; and a discourse that views the demand for freedom and equality as a call for Jewish annihilation.

It is little wonder, then, why the Gilboa prison escape has inspired Palestinians and terrified Israeli authorities. For five days until their partial recapture on Saturday, the six fugitives defied the cages around them and offered a symbolic respite from Israel’s predatory gaze. And after a long dormancy, their stunning feat has brought the prisoners’ struggle back into the limelight, with over 1,300 inmates preparing to go on hunger strike in protest of the Israeli authorities’ abuses of power. Many observers will understandably still be discomfited by some of the prisoners’ complex histories or harmful deeds, yet these Palestinians still deserve the contextual understanding we afford to other political prisoners worldwide — including recognizing the realities which ensure, even outside prison, that they can never truly be free.