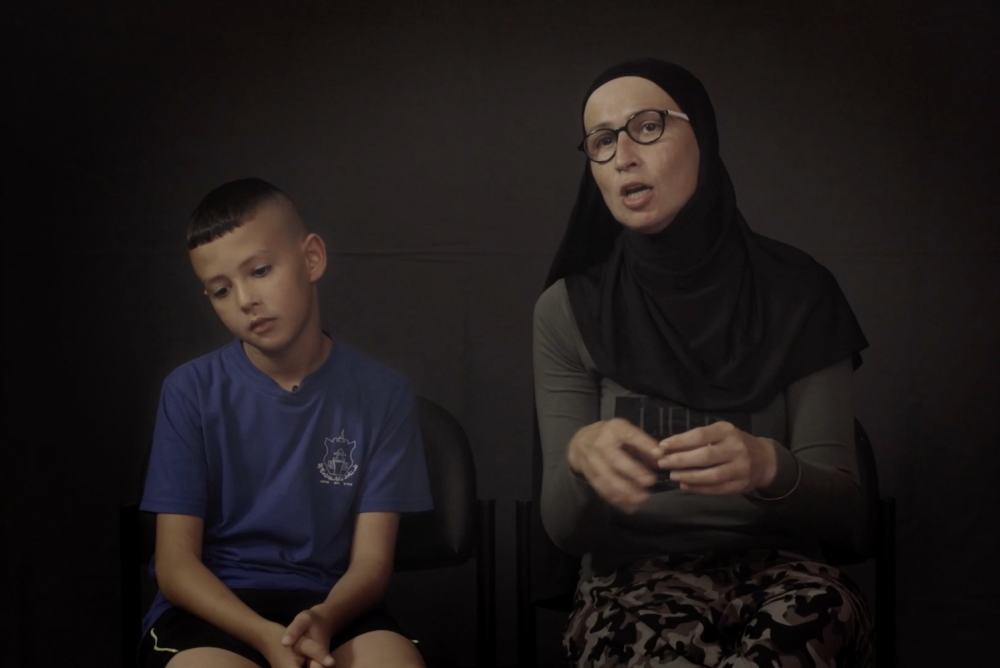 Screenshot from 'Testimonies from Jaffa/Lydda - May 2021.'

A 14-year-old Palestinian boy shot in the leg by Israeli forces, only to be dragged away by police again as he is being evacuated to hospital, who begin beating him. Border Police and settlers staging a coordinated assault on a mosque. A Palestinian mother watching two Israeli men beat her son, who continues to have nightmares and struggles to sleep.

These are just some of the incidents recounted in harrowing witness testimonies, shown here for the first time, from Palestinians in the so-called mixed cities of Jaffa and Lydd, who experienced severe violence at the hands of Israeli security forces and civilians alike last May, when tensions over forced expulsions in Sheikh Jarrah boiled over into an 11-day war on Gaza and widespread unrest throughout Israel-Palestine.

The testimonies were gathered in the months following May 2021 by an ad hoc group of Palestinian and Israeli activists, journalists, and filmmakers. Over the course of the 40-minute film, we hear mothers, sons, fathers, and spouses recount terrifying encounters with settlers who had been bused in from the occupied West Bank, with Israeli police, and — in a common theme — with groups made up of armed civilians and police apparently acting in concert.

Several interviewees break down in tears as they relive the moments in which they saw a loved one being beaten, or in which they feared for the safety of a child. The killing of Musa Hassuna of Lydd at the hands of an Israeli Jew in early May 2021 remains raw; so, too, does the pervasive sense that the Israeli police represent not a means of protection but an active threat to the safety of Palestinian citizens of Israel.

As one interviewee, Suheir Hamdouni, nears the end of her testimony, she describes how she had to spend Ramadan away from her children, who couldn’t return home out of fear for their safety. Even now, she appears in disbelief at what she and her family went through. “Only God knows,” she says, tear-stricken, “how we survived that week.”