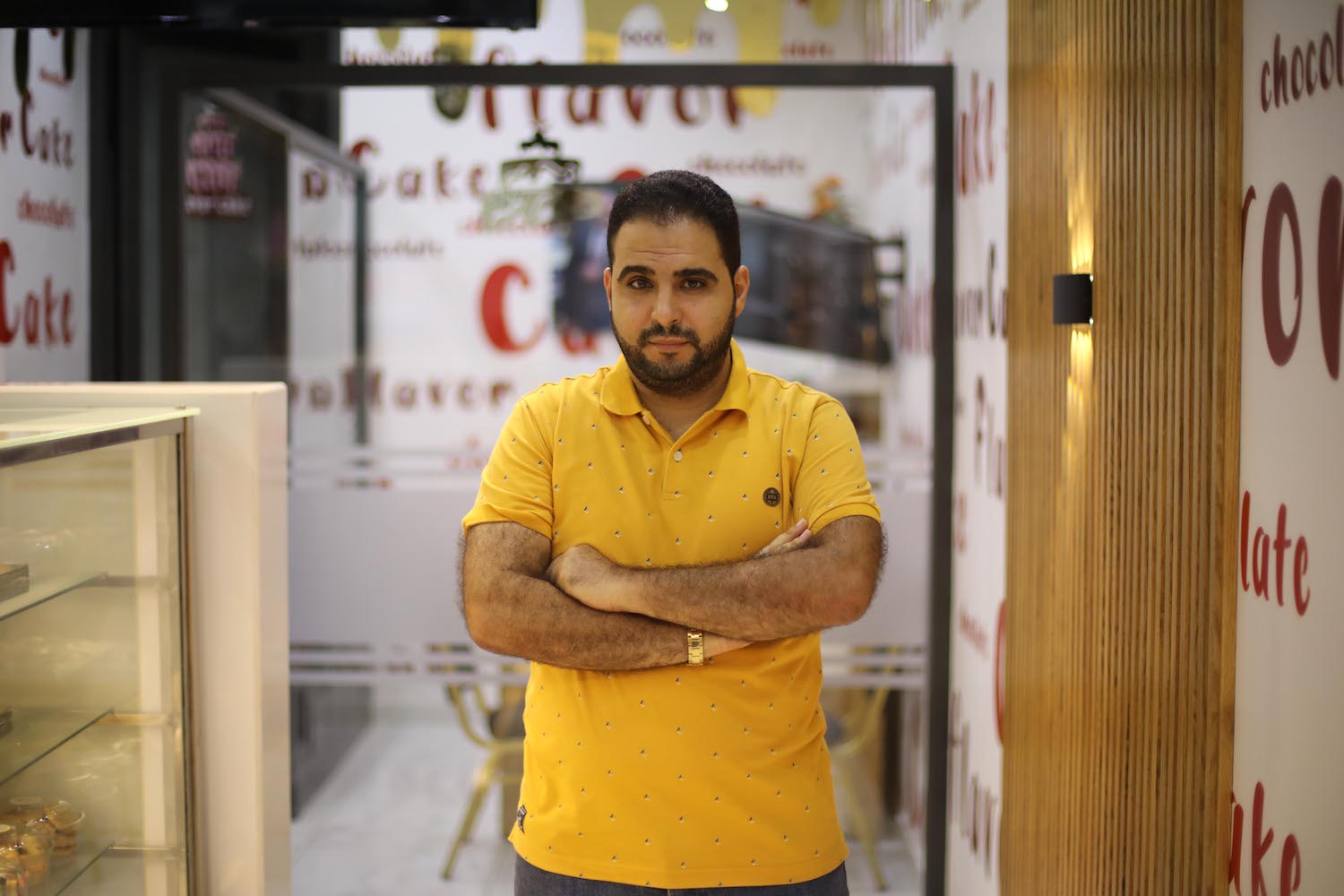 Baraa Rantisi posing at Flavor Cake, the bakery he owns in Gaza City which suffered losses due to the May war on Gaza, September 2, 2021. (Mohammed Zaanoun)
facebook twitter email link
By Fidaa Shurrab September 6, 2021 | Edit

All across the Gaza Strip, people will tell you that living there requires faith, strength, and patience. Over the past 12 years, Israel launched four wars against the besieged population, not including other frequent escalations. These repeated aggressions — augmented by restrictions on the movement of people and goods through Israeli and Egyptian crossings, Gaza’s only entry and exit points — snatch away people’s hopes, and repeatedly undermine our efforts to rebuild our lives out of the rubble.

For this reason, stories from the strip are often about suffering, loss, and beating the odds. The 11-day war in May — which killed over 250 Palestinians in Gaza and left thousands wounded — only compounded the challenges Palestinians there have been facing due to years of blockade, and more recently, a crippling pandemic. It involved massacres and destruction, stealing memories, and planting despair in our hearts. Though the bombing has ended, it has left a great deal of pain. Those of us who have survived are buried in the fear of loss.

Beyond the human tragedy, the war “has severely weakened an economy already reduced to a fraction of its potential,” a July report by the World Bank, European Union, and United Nations concluded. It estimated that the total damage and losses incurred in Gaza following the latest assault are between $290 and 380 million.

Behind these assessments lie real people: business owners who have lost their life-long enterprises, or who are again having to modify their ambitions; workers who have been forced into unemployment and poverty, both already rampant in Gaza. Here are three of their stories.

Flavor Cake’s display counter is usually filled with glossy gateaux. Its social media accounts boast custom cake designs, with sugar structures twisted into a slice of ocean life, or a doctor’s lab coat, or a Minnie Mouse. During the latest assault on Gaza, the ingredients in the shop spoiled. After the war, the bakery had to remain closed for 21 more days, until the rubble in the area — one of Gaza City’s main streets — was removed. 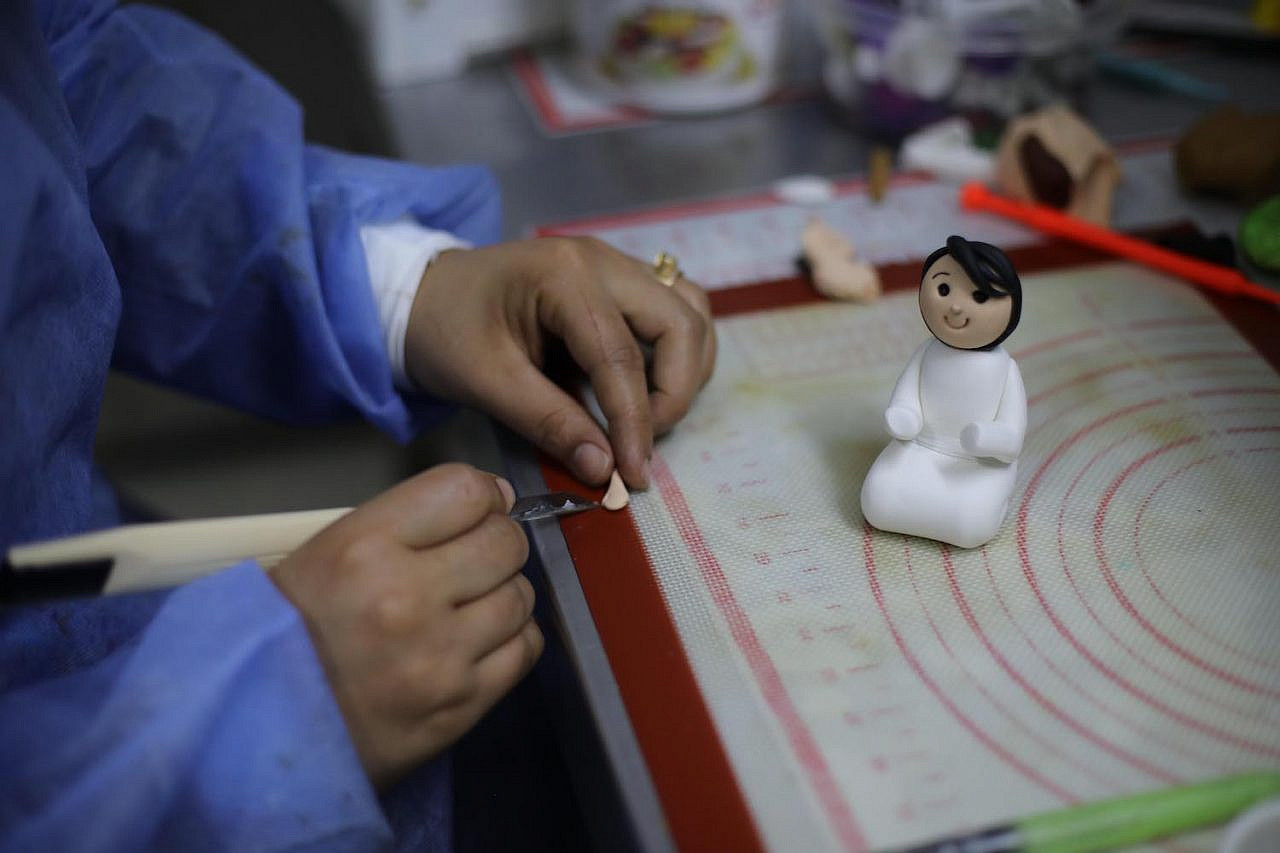 By the time the bakery was open again, sales dropped by 70 percent, said Baraa Rantisi, the owner. The shop, which previously employed 12 people, had to let go of half its staff, and the remaining workers are now paid based on daily revenues rather than monthly salaries, he added.

Despite the challenges, Rantisi hopes Palestinians in Gaza can get back on their feet again soon, and that they will be able to see the light even amid the darkness. 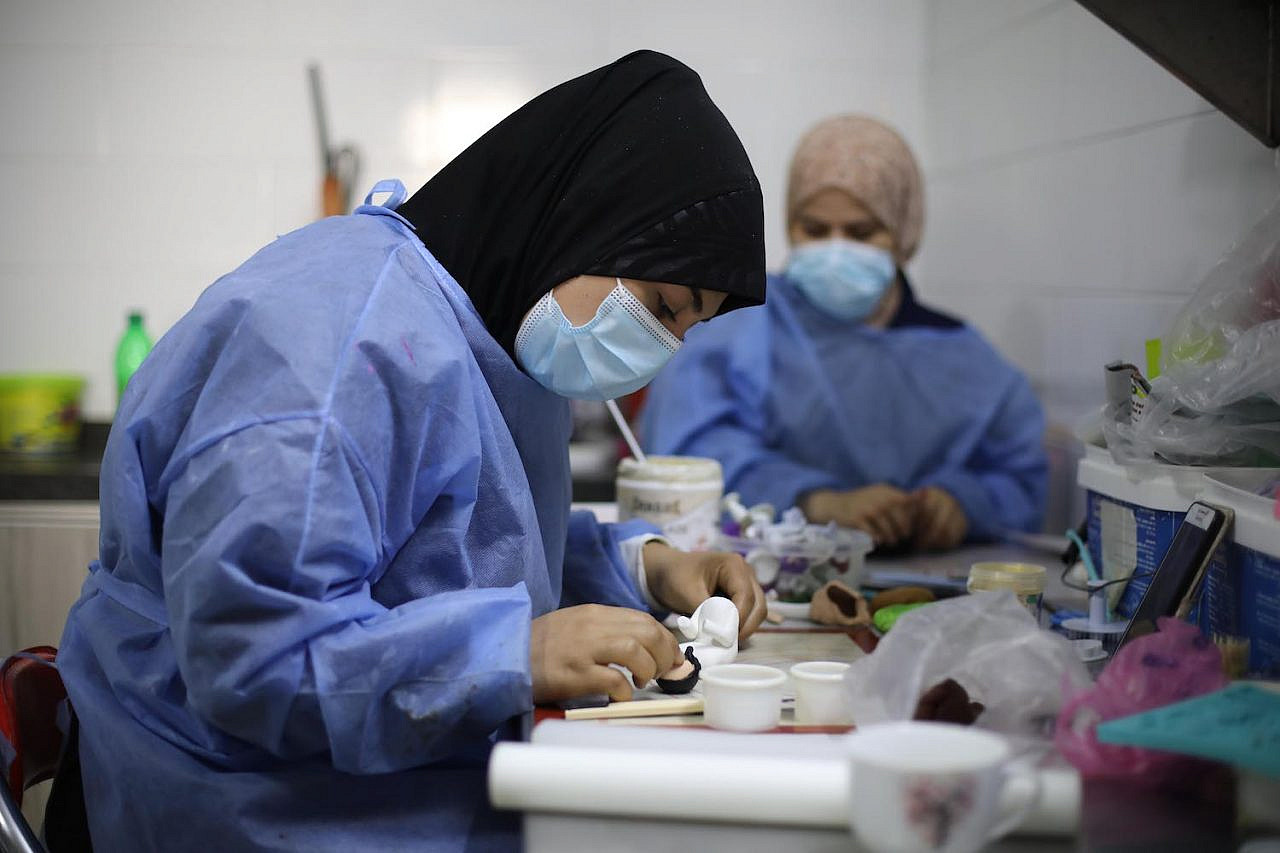 Ahmed Abu Eskander owns a plastics factory located in Gaza’s industrial area, which previously employed 27 people. Even before the latest war, the blockade made it hard for him to operate the factory, as it would take months for Israel to approve the entry of the necessary equipment.

“The siege has imposed difficulties on all economic aspects in Gaza,” explained Abu Eskander. “Due to the closures, I have to wait at least three months to get the raw materials I need. Before the war, I ordered new machines, and they are still stuck on the Israeli side to this moment,” he added. 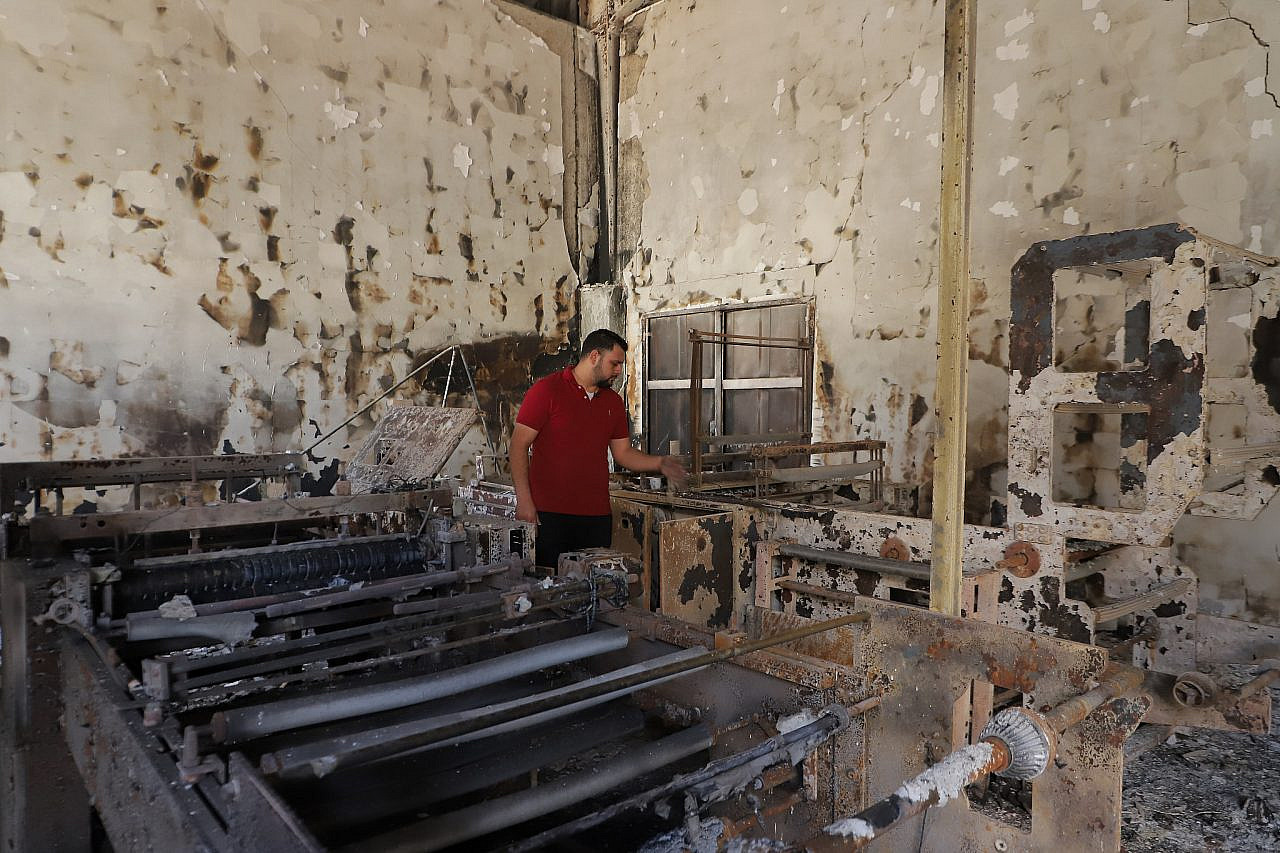 Ahmed Abu Eskander inspecting the damage to his plastics factory after Israel’s latest assault on Gaza. (Courtesy of Mohammed Shurrab)

In May, Israeli air strikes destroyed Abu Eskander’s factory, and a subsequent fire turned whatever was left of it into dust. All the employees — some of whom have been working at the factory for two decades — lost their jobs.

Abu Eskander estimates the financial loss at $1 million. To meet his commitment to clients in Gaza, even under these devastating circumstances, he has had to import plastic bags from Egypt — another unexpected cost. Neither he nor his employees have been able to receive any compensation for their losses.

“We need 10 years of reconstruction to have our lives back, but this all relies on political stability, which is not the case in Gaza,” said Abu Eskander. Rehabilitation will continue to be difficult as long as people’s lives are interrupted by closures, checkpoints, and destruction.

The bold colors that once adorned Zaghrouta, a shop for wedding and evening dresses, are now completely faded. The store, located on Remal Street, one of Gaza’s busiest streets, was damaged when Israel bombed the 14-story Al-Shorouq tower in May, one of the four high-rise buildings destroyed by Israeli airstrikes.

“In the last five years, I invested so much effort to expand and grow my business. It was one of the most famous wedding dress shops,” said owner Yehiya Abu Jabal.

Due to the coronavirus outbreak and the closure of wedding halls in Gaza, sales had been slow for months, explained Abu Jabal. As the Hamas government began lifting COVID-19 restrictions, though, he bought new dresses, seeing an opportunity to minimize the loss in this summer’s wedding season. But the purchases were in vain, he said — the latest war destroyed his shop, and his hopes.

Gaza’s reconstruction is urgent, stressed Abu Jabal, as everyone in the strip is suffering. Not only do they need to rebuild, he added, but the crossings need to be opened and the siege must be brought to an end.

“I feel helpless and hopeless,” he lamented. “Real solutions are needed. We are done with scenes of destruction. We deserve a normal life.”