Law enforcement in the West Bank is a complex topic. Those who attempt to analyze it better get the background right.

In his recent piece for the new, explanatory journalism website Vox, Zack Beauchamp attempts to analyze some figures on law enforcement in the West Bank, obtained by The Associated Press. He divides the number of arrests of Israeli citizens and Palestinians in the occupied territory by the size of each population, and reaches a surprising outcome: it is Israelis that are more frequently arrested than Palestinians, not vice versa. To his credit, he does point out that “[i]t’s unlikely that Israel police are discriminating against Israelis and in favor of Palestinians.” Instead, he offers some tentative alternative explanations.

However, there is no need for speculation, because there is no mystery to be solved; the calculation is flawed, as it ignores some basic facts about law enforcement in the West Bank. 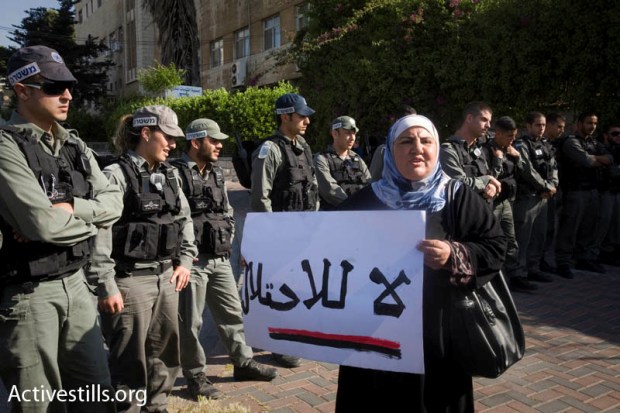 Second, Beauchamp seems to have missed the fact that the figures provided to AP are solely about minors. Admittedly, AP does not do a good job of highlighting this distinction, but it does mention it twice in the same short piece. Why does it matter? Because until October 2010, Israel defined the age of minority differently for Israelis and Palestinians. For the former, it was up to the age of 18, for the latter it ended at 16. The figures provided by the Israel Police are for 2008-2013, and it is unclear which definition the police used. Knowing their record-keeping practices, I would venture to guess it is based on a chaotic mix of both definitions.

The distinction between adults and minors is critical for another reason. Adult Palestinians come face-to-face with Israeli authorities in two main locations – in the areas which are under Israeli control (Areas B and C), and in the checkpoints (some may also be arrested during Israeli raids on areas controlled by the Palestinian Authority). Palestinian minors are much less likely to travel through checkpoints, and less than a fifth of Palestinians live in areas under Israeli control. So it is no wonder that they are much less likely to be arrested, in comparison to the overall size of their population.

As it stands, right now, the only usable figures in the AP piece are those for indictment and conviction rates. These, unsurprisingly, demonstrate once again the gulf between the ways Israelis and Palestinians are treated by Israeli authorities. The Vox piece rightly highlights this finding, but its own original analysis and framing are based on erroneous premises. This is a pity, because there are a lot of fascinating insights about discriminatory law enforcement in the West Bank that the piece fails to explore.

I do not mean to pick on Beauchamp and Vox. Their intent – to provide context to figures AP seems to have provided with little analysis – is admirable. But as this incident demonstrates, those who lack extensive knowledge in this area (and this often includes “experts”) wade into the realm of analysis at their own risk.

Update:
Beauchamp has updated his Vox article to address the issues raised in this piece.