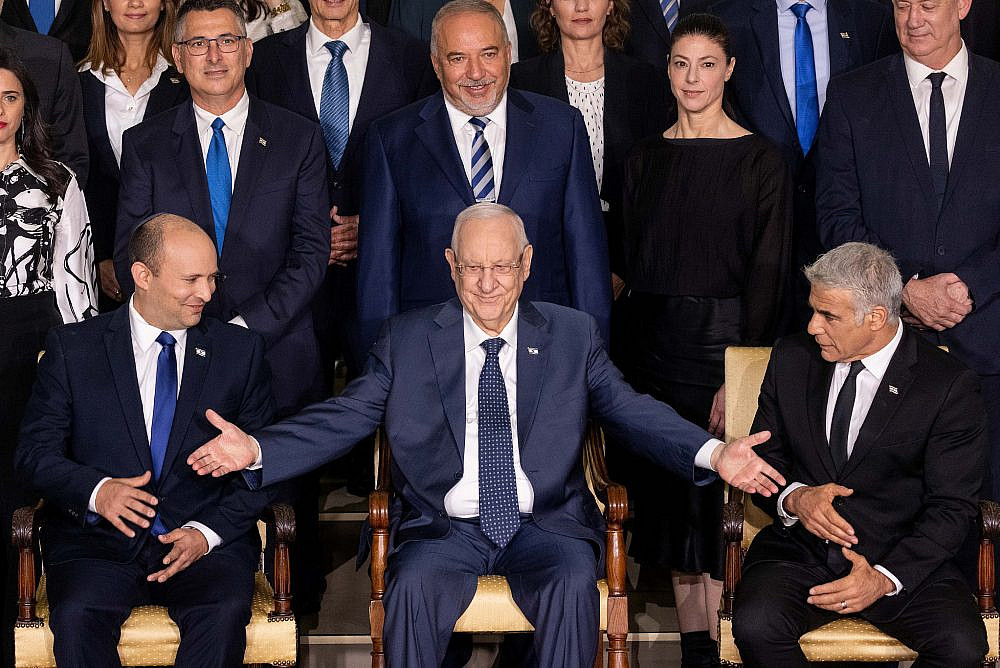 Two stories dominating the news in Israel over the past few weeks offer opposite and complex views of what the new and unlikely coalition government is all about: the green-lighting of a new settlement outpost in the occupied West Bank, and the failure to reinstate a law that prevents Palestinian families from reunifying across the Green Line.

The first story is quite straightforward. In mid-May, Israeli settlers mounted one of their most ambitious attempts in years at forming an entirely new outpost, called “Eviatar,” which they set up on land adjacent to the Palestinian town of Beita and other villages near Nablus. The new outpost is completely illegal — not just according to international law, as all settlements are, but also according to Israel’s own laws — and the army immediately issued orders for the cessation of construction.

In spite of this, however, the Shomron Regional Council — which provides municipal services for settlements in the northern West Bank — invested heavily in the new settlement, and dozens of people moved to the newly set up houses. Knesset Members like Moshe Arbel from Shas used their parliamentary immunity to smuggle in building materials, and soldiers volunteered to help with construction. The army has killed four Palestinians and wounded dozens more from neighboring communities during protests against the outpost.

After little over a month of deliberations — first under the Netanyahu interim government and now under the new Bennett-Lapid one — a deal was struck on Monday between the state and the settlers, in which the government essentially committed to recognizing the new outpost. If the details of this agreement are indeed as reported, and the government follows through on that commitment, it will have completely ignored the protests of Palestinians, international law, the Israeli security establishment (which supports the outpost’s removal), and coalition members like Meretz MKs Mossi Raz and Gaby Lasky, who demonstrated at the settlement last week.

Of course, this preferential treatment of Jewish settlers who blatantly broke the law with the explicit intention of deepening apartheid in the West Bank stands in complete contradistinction to how Israel treats Palestinians. In recent weeks, under the new government, the army has launched a campaign to demolish roads that serve as the lifelines for several Palestinian villages in the South Hebron Hills — communities that have been holding on to their land and homes in the face of Israeli demolitions and collective punishment. 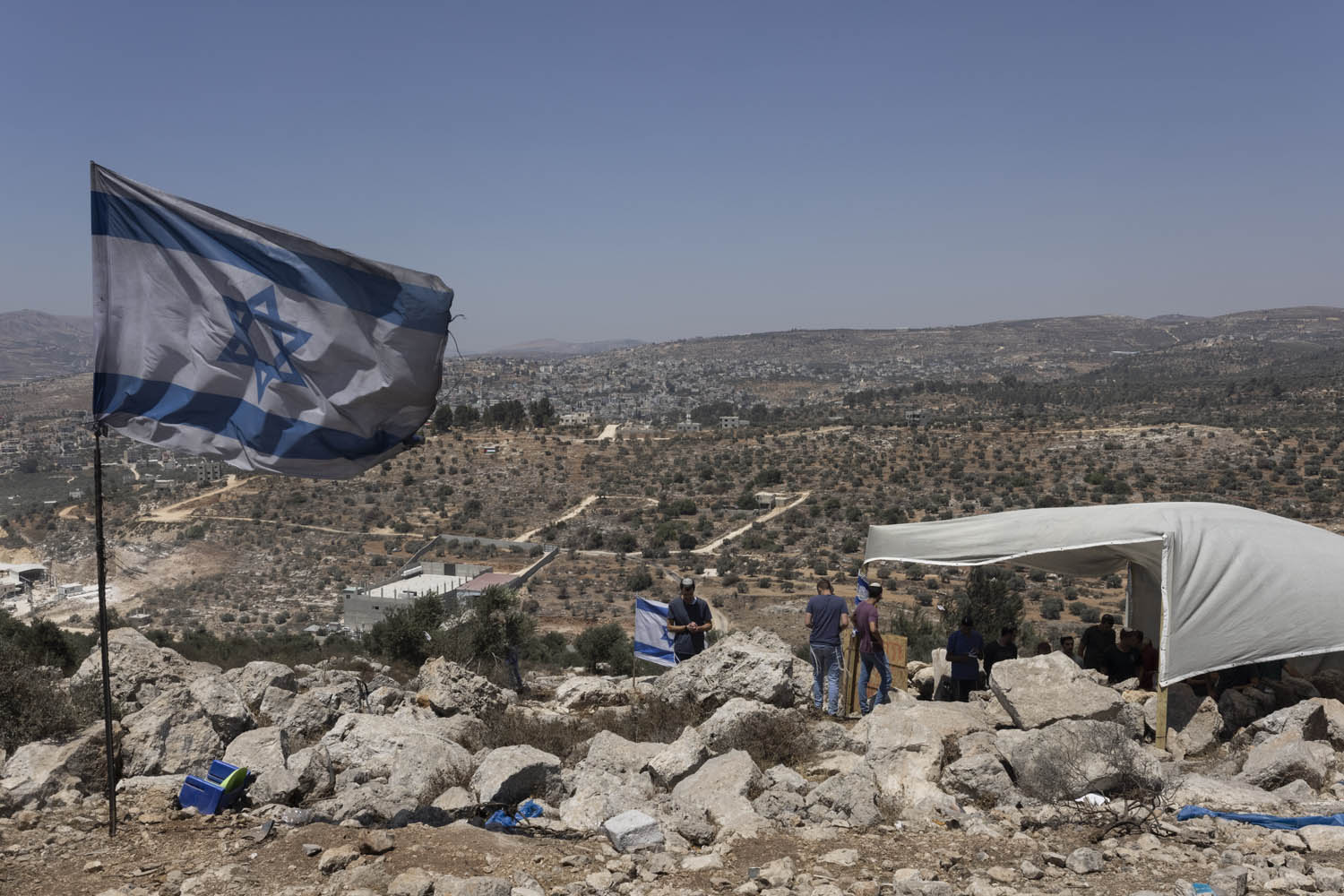 Settlers in the outpost Eviatar overlook the area near the Palestinian town of Beita, northern West Bank, June 28, 2021. (Oren Ziv)

Even today, as settlers celebrate their victory in Eviatar, Israeli authorities are demolishing Palestinian homes in the East Jerusalem neighborhood of Silwan to make way for Jewish settlers as well as a Biblical archaeological park. Attempts to reach an agreement with the Jerusalem municipality to recognize these homes, which were built without permits due to Israel’s systematic refusal to grant them, have fallen on deaf ears.

The Eviatar saga is the first and very grim lesson to learn about this new Israeli government. The commitment of all the coalition’s political parties to maintain a “status quo” on controversial issues means that it will continue sustaining the policies of brutal oppression and de facto annexation in the West Bank. It also means that the Islamist party Ra’am, as well as the liberal Zionist parties Labor and Meretz, are now active participants in the implementation of apartheid, which until recently they had protested against, at least nominally.

The second story, in contrast, offers a take on the opportunities that the new coalition offers. Since 2003, Israeli lawmakers have consistently renewed a one-year “temporary order” that bans Palestinians from the West Bank and Gaza from acquiring legal status in Israel by marrying Israeli citizens, namely those of the Palestinian minority in the state. The order, which has been challenged yet upheld by the Israeli Supreme Court twice, tears apart Palestinian spouses who marry and who may have children across the Green Line, leaving thousands in a state of permanent illegal residence in Israel with no access to driving licenses, bank accounts, or social security.

At first, Israel’s official reasoning for the order, which was passed during the Second Intifada, was that Palestinians from the occupied territories might use (and in very rare cases, have used) their acquired citizenship to launch deadly attacks against Jewish citizens. Over the years, however, it has become a matter of explicit demographic policy: the order is meant to play a role in sustaining a Jewish majority inside Israel.

The renewal of this “temporary” order has become an afterthought for all Israeli governments over the past 18 years. Outside of Palestinian and left-wing Jewish circles, this law was never a matter of public debate or attention. That is, until this new government came into power. 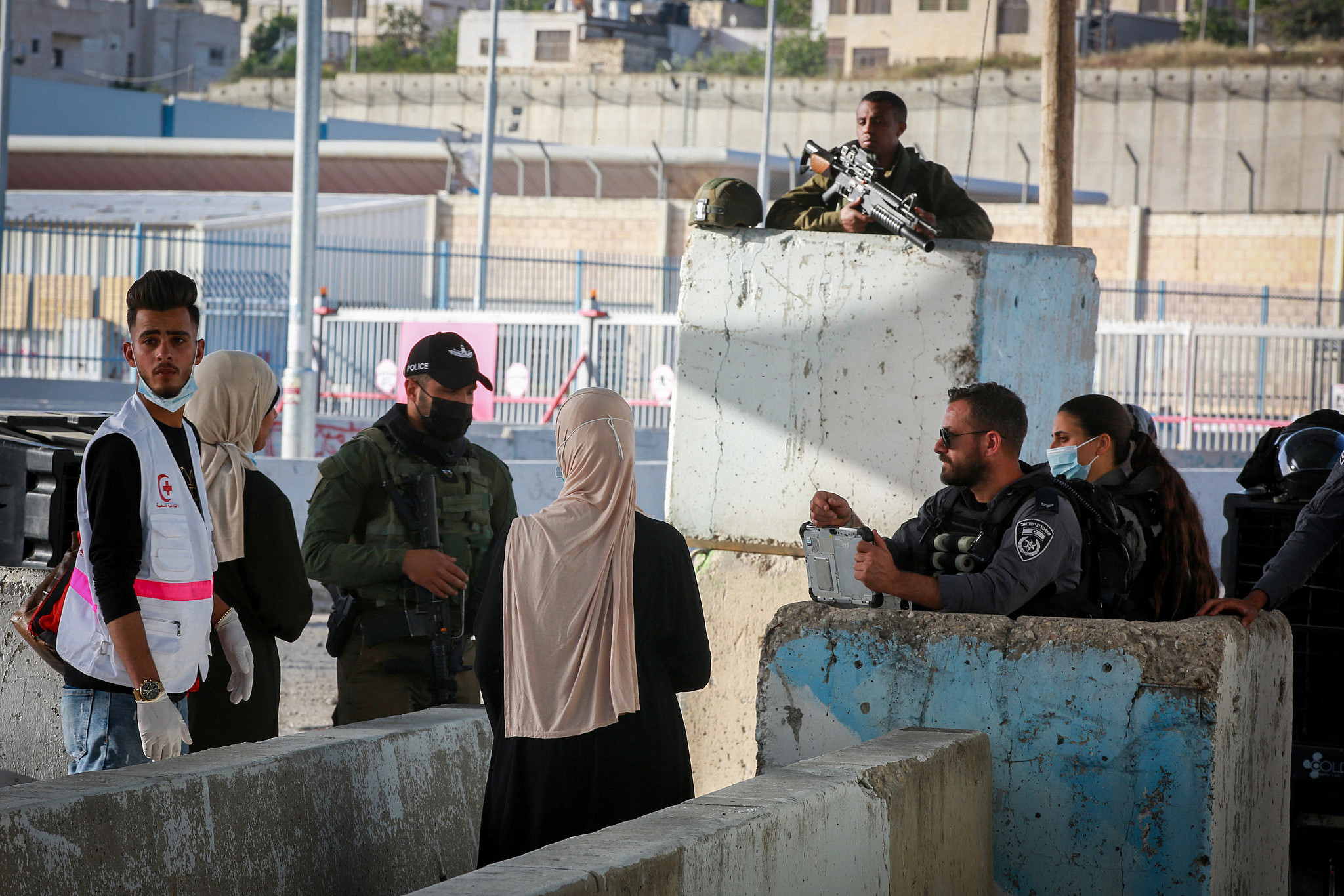 Palestinians cross through Qalandiya checkpoint into Jerusalem to attend Friday prayers during the holy month of Ramadan, near the West Bank city of Ramallah, April 30, 2021. (Flash90)

The current order expires on July 6, and as it appears right now, the government does not have a parliamentary majority to extend it again. Within the coalition, some Knesset members from both Meretz and Labor have been vocal about their opposition to the order, but have yet to make it clear how they will vote should the coalition requires uniformity among the parties. Ra’am, meanwhile, has made it clear that it will not support what they call a “racist bill” under any condition.

This internal rift has led the government to place its trust in the right-wing opposition parties, which have supported the same order time and again for almost two decades. Yet under the leadership of Benjamin Netanyahu’s Likud party, the opposition has announced that it will not come to the government’s rescue and will in fact vote against the very bill they never had a problem with. Thus, in effect, and very bizarrely, the Israeli right will be restoring the ability of Palestinians to finally reunify with their families.

Some members of the opposition have even been echoing the technical argument that some human rights organizations have used against the order to defend their new positions: they are now saying that the Interior Ministry and the security services already have the power to deny citizenship to specific individuals deemed a security hazard. As such, there is no justification to categorically deny status to all Palestinians as the law does.

As it currently stands, the government will not be able to pass the order when it comes to a vote on July 5 — and the lives of tens of thousands of Palestinians will inadvertently be changed for the better. And not only that: the political turmoil around the order has created unprecedented public debate in Israel about its effects on Palestinian families. For the first time in 18 years, mainstream media outlets have been interviewing the victims of this cruel policy and calling into question its necessity.

The Israeli media’s sudden interest in the lives of Palestinians continues a new trend of its unprecedented attention toward home demolitions; organized crime and under-policing in Palestinian communities in Israel; and other forms of systematic oppression of Palestinian citizens. 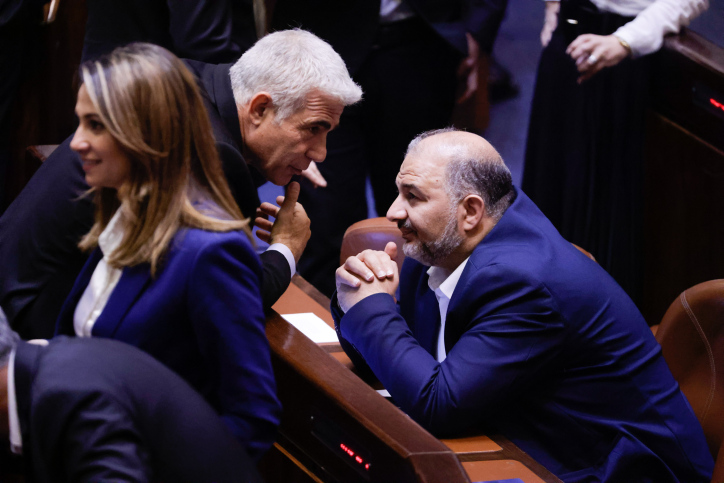 Both the public debate around the draconian nature of the so-called Citizenship Law and discussions about Palestinian lives and experiences are partially the result of Ra’am joining the coalition, which has created a situation in which the Israeli government is now dependent on Palestinian votes in Knesset. It is a significant change in Israeli politics, which has the potential to grow should the liberal-left parties join Ra’am in conditioning their support for the government on passing actual progressive policies, or at the very least on rejecting new oppressive ones.

The difference between Eviatar and the Citizenship Law is about power and where it lies. In the case of the illegal outpost, the decisions are up to the mostly right-wing cabinet — and primarily Prime Minister Naftali Bennett — with little prospect for successful pushback, save for international pressure. Yet in the case of the Citizenship Law, the decision requires a parliamentary majority, thereby giving parties representing Palestinian citizens and the left more power to block it.

What this means for the future is that as far as government policies against Palestinians in the West Bank and Gaza Strip are concerned, there is very little to hope for from this new government. But in all matters inside Israel itself, and especially on matters of legislation, real change may be afoot.