In a series of posts based on field visits and meetings with migrant workers in Israel, Noa Shauer and Shiraz Grinbaum highlight the conditions, hardships and exploitation of foreign workers. In part 4, workers go on strike after being made to use pesticides without protection, are forced to live in deplorable conditions and have their salaries withheld. 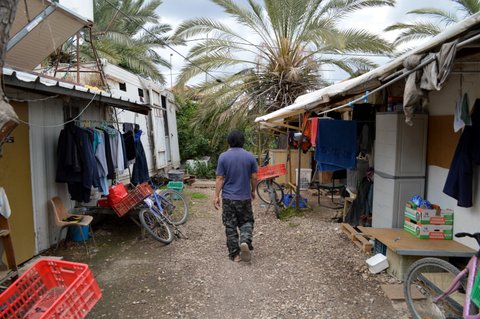 We arrived at Moshav Sde Trumot following a spontaneous strike by agricultural workers on February 11, 2014.  The strike took place after their employers withheld their salaries for three months, as well as their squalid living conditions. We came to support, listen and document how the workers live.

The moshav employes 27 agricultural workers. Twelve are migrant workers from Thailand, two are from Vietnam, and thirteen are agricultural students from Nepal. Three of them are women. The farm grows spices that are exported mainly to European countries such as Holland and Belgium.

The Thai workers farm the spices and earn 144 NIS for an eight-hour day plus an extra 18 NIS for each hour of overtime. The Nepalese students build the greenhouses and earn 23.12 NIS per hour with no overtime pay.

The workers work either six or seven days a week, and none of them receive extra pay for working on Saturdays. Furthermore, their salaries are not paid at the end of the month and are withheld for sixty days. In other words, they do not receive their salary regularly each month. When we asked them to explain this absurd situation, they told us that their employer informed them that he will pay their salaries based on when he receives payment for the produce.

The workers never received pay slips and their salary is paid in cash only. No one opened a bank account for them and were never informed of that option. The Thai workers transfer their salaries to Thailand through a private agent who visits the various agricultural communities. The students’ salaries are paid through their university. The workers and the students have never had a day off or a paid holiday.

Workers use pesticides regularly. They say there are two protective masks for all 27 workers. As a result, most workers end up using pesticides without protection. They also report that the pesticide filters in the masks have not been replaced since their first day on the job.

Anuchit, a migrant worker from Thailand, suffers from an eye condition that he claims was caused by using pesticides without proper protection. He was sent to the hospital in Afula at his own expense. He added that his employer did not take him to the hospital (nor did he visit him there), and did not pay any of the hospital bills. This is how the workers learned that they are not paid for sick days. 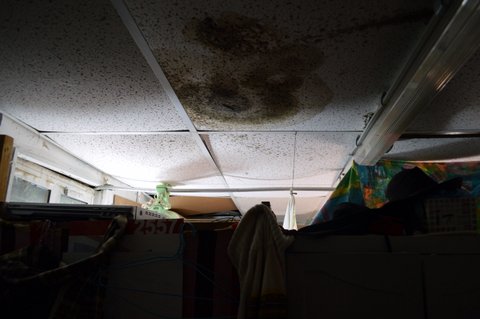 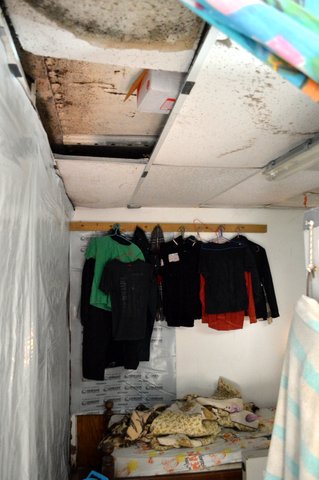 The living conditions at the moshav differ according to the worker’s nationality. The migrant workers from Thailand sleep in caravans that are divided with cardboard into three small rooms. Three or four people sleep in each room. There are few windows in the caravans and the workers use shelves for storage, although there are not enough shelves for everyone. The Nepalese students live together in an iron container, bed to bed, with no storage, no windows, and no privacy. Workers collected old mattresses from the garbage bins. They also found some beds and fixed them by themselves. Some of them sleep on folding army cots.

All 27 workers, including the three women, share two showers and two toilets.  The workers complained that there is never enough hot water so they are forced to shower in cold water no matter the season.  There is one washing machine for twelve workers, and the Nepalese students wash their clothes outside their “residence” in water tubs, in which they wash their face and hands when showers are occupied. 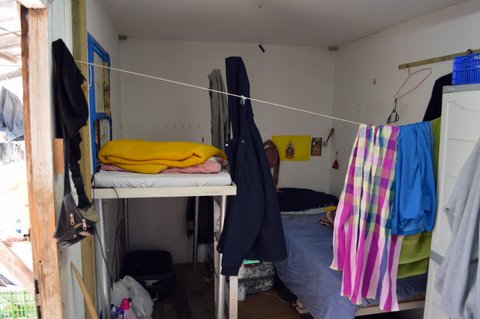 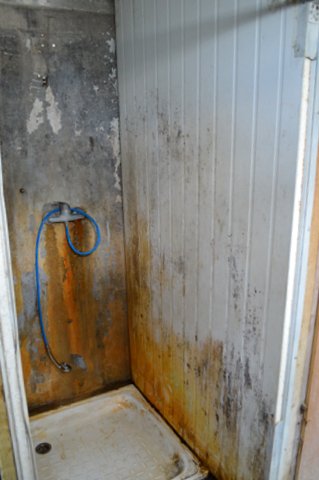 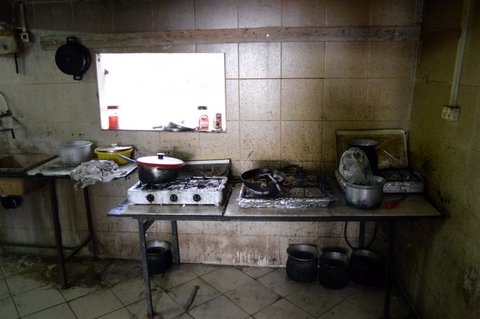 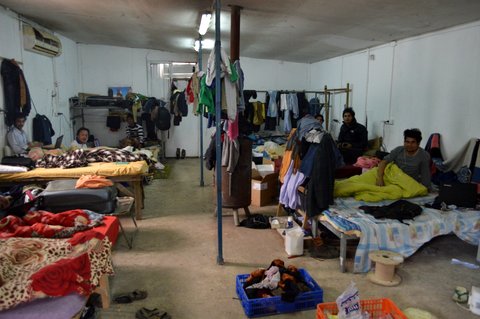 On February 11, 2014 the workers went on a one-day strike to protest the harsh working conditions, unacceptable living conditions, and the withholding of their salaries. In reaction to the strike, the employer turned off the water and electricity in the workers’ living quarters for the whole day. Kav LaOved – an Israeli workers rights organization – intervened, and inspectors from the Immigration Authority arrived a few days later to inspect the living conditions. The employer sent them to work far away, it seems, so that they could not speak with the inspectors. The workers reported that the employer tried to stop the inspectors from entering their living quarters; however, the inspectors insisted and were finally shown where the workers live. After the inspection, the employer announced that he will be firing three workers. It seems that the threat was a scare tactic, since to date, no one has been fired.

Kav LaOved is in daily contact with the workers and coordinating the work with the Immigration Authorities and the Ministry of Economy.  The workers are demanding a significant improvement in their living conditions. They say that they have come to the point where they feel that they have nothing to lose.

The author is Coordinator for Agricultural Workers at Kav LaOved. This article was first published in Hebrew on the Kav LaOved website.