The fixation on Barghouti’s op-ed bio distracts from the strike’s impact on Palestinians, which is as much about restoring political direction as it is about attaining prisoners’ rights. 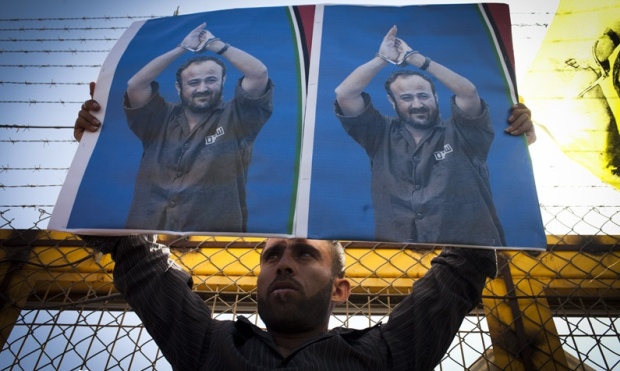 In 2015, the UN Office on Drugs and Crime (UNODC) created the “Standard Minimum Rules for the Treatment of Prisoners.” Nicknamed after the renowned South African leader who spent 27 years behind bars, the “Nelson Mandela Rules” form an international blueprint for the basic rights of all prisoners regardless of the charges against them, including telephone calls, medical examinations and educational programs, among many others.

The demands of the 1,200 Palestinian prisoners who launched a hunger strike on Monday echo the provisions of the Mandela Rules. For decades, Palestinians in Israeli prisons have had their rights systematically denied or restricted under the guise of “security,”  with few questioning the legality or practical necessity of the state’s measures. The government has even been open many times about its purely political motives in holding prisoners’ rights hostage, as it did during the Gilad Shalit ordeal.

Ironically, Israel demonstrated its disregard for the Mandela Rules once again when Marwan Barghouti, a popular Palestinian leader serving five life sentences, was thrown into solitary confinement as punishment for his New York Times op-ed this week – proving exactly the kind of punitive policies Barghouti had written about.

The insistence on focusing on the violent pasts of Palestinian leaders like Barghouti not only distracts from the prisoners’ human rights demands, but is also heavily distorted by people’s selective knowledge of history.

Despite many Israelis lamenting for a “Palestinian Mandela,” few seem to remember that Mandela himself, who was head of the armed wing of the African National Congress, did not immediately renounce violence upon his release from prison. Other anti-apartheid figures, including the Jewish communist Denis Goldberg (who was convicted alongside Mandela), were also key members of the armed struggle. Given this context, it is rather perverse for Israelis to set mythologized moral criteria of what a Palestinian leader should espouse – even if they acknowledge the violent pasts of Israeli leaders as well. 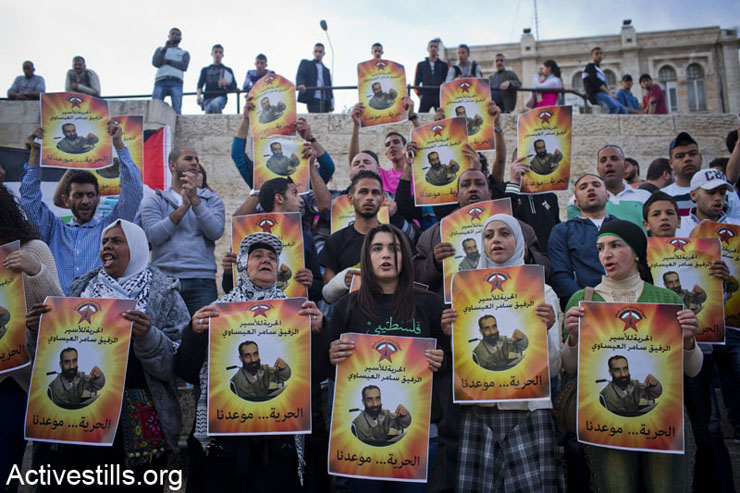 Although the hunger strike will have to prove its durability in the coming weeks, there are reasons to believe that something different is beginning to stir. For the past few years, the prisoner issue has slipped from the Palestinian public’s priorities as they confront worsening threats like forced displacement in the West Bank and military offensives in Gaza. Inside the prisons, Israel’s repressive tactics, factional divisions, and general fatigue have also tended to dissolve hunger strikes from collective actions into individual protests.

The new strike is therefore as much about restoring a sense of political direction as it is about demanding prisoners’ rights. If the strike is able to sustain itself and energize the Palestinian public, the prisoners could reclaim the people’s faith in their political leadership – something that neither the PA nor Hamas governments have been able to retain. In Barghouti’s words, the strikers hope that their latest action, under the slogan of “Freedom and Dignity,” will “demonstrate once more that the prisoners’ movement is the compass that guides our struggle.”

The prisoners’ strike has also coincided with another campaign called “End Security Coordination,” which was formed in the wake of last month’s killing of the young activist and intellectual, Basel al-Araj. The campaign highlights the PA’s complicity in Israel’s occupation, including the imprisonment and torture of Palestinian dissidents like al-Araj, and has rejuvenated many young Palestinians into organizing protests, public talks, and social media messages to inform fellow Palestinians of the connected nature of their oppression. As the campaign aligns itself with the prisoners’ strike, Palestinian activists may finally be reconnecting the grassroots with senior leadership after years of alienation.

The fixation on the bio of one leader’s op-ed thus misses the important ripples occurring within circles of Palestinian society, and should be redirected toward comprehending the scale and severity of Israel’s imprisonment policies. Even if the hunger strike does not last, it may yet help to remind the world about the struggle in Israel’s prisons and its centrality to the Palestinian cause. “It is said,” wrote Mandela, “that no one truly knows a nation until one has been inside its jails. A nation should not be judged by how it treats its highest citizens, but its lowest ones.” Occupied subjects are included.