While trying to plan a new life abroad following the failure of the 2011 social protests, Regev Contes uncovers a family secret that radically alters his Israeli Jewish identity. 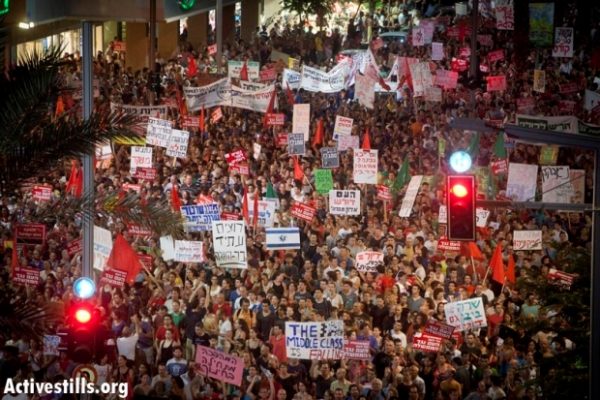 Contes, one of the leaders of the 2011 social protests, brings to the screen what we social activists felt after the failure of the protest: how it divided us, how we gave up and surrendered, how we scattered and dispersed to all corners of the globe in search of a suitable home. The film revolves around Contes, who cannot contend with the soaring housing prices in Israel and, contrary to his friends, whose parents are in no position to offer him financial assistance. In other words, Contes is part of the Ashkenazi disadvantaged class. (Full disclosure: I was interviewed for the film.)

In a moment of bitter disillusionment, Contes is resigned to using his last remaining savings from his pension fund. Contes and his wife, Shir Nosatzki, are thus forced to migrate, finding Berlin to be a convenient and suitable location. The only thing that bothers them seems to be Berlin’s Nazi past, and the fear of being a Jewish minority in Germany.

Contes’ film deconstructs the Israeli national imagination — one based on national identity, which views itself as an imagined family meant to provide citizens with food and security. The disintegration of national identity makes clear how class functions in Israel, with the rising cost of living leading to fear and anxiety. But in 2011 we did not fall into the trap of blaming each other for this situation. Instead we refused to believe Prime Minister Benjamin Netanyahu, who told us that we should unite in fear against the Iranian nuclear threat or Hamas. In the internet age, we no longer believe the lies of the ruling class as and its right-wing neoliberal government. The 2011 protests changed our collective ethos. The Israeli public learned that the government lies, using spin and media campaigns to mask its corruption and plunder.

Solidarity from the ultimate nemesis

Contes wakes up and realizes that the country is not actually providing him with the answers he is looking for. He opens up his laptop and starts to read about options for immigration. 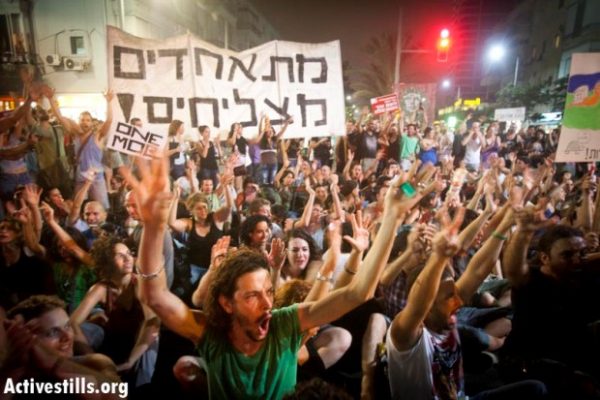 One interesting moment in the film takes place toward the end, when Contes tries to find out why he was given his middle name, Michael. Growing up, his father had told him that he had an “uncle” named Michael. It is while digging through the family archives — in order to put together the paperwork needed for a Polish or Slovak passport — that the course of Contes’ life changes. Suddenly he is re-writing his roots: he discovers that not a single person in the previous five generations before him, on both sides of his family (dating back to the first half of the 19th century) was called Michael. Only then does Contes discover the origin of the name: a Hungarian SS guard named Michael Gombkoto, who stole potatoes and gave them to his grandmother, an act that saved her life while she was in the concentration camp.

Decades later, as Contes deconstructs his national identity, he understands that his Israeli Jewish identity is not fixed and static — that it is fluid and can change. Contes is able to see how a Nazi guard, his ultimate nemesis, could also be someone with whom he could build solidarity.

“Goodbye Adolf” ends with the desire to travel and emigrate, but not with the move itself. We grew up in the national imagination that outlined the beginning of our life. We didn’t have the opportunity to see the humanity in the Other. Jewish nationalism brought us up to believe that Israel can rely only on itself. But in the summer of 2011, we learned that we couldn’t rely solely on our government for real social change. Five years after the failure of the social protests, with social inequality only deepening, we are still looking for a new direction. We must forget about national borders, and instead aim to find humanity and solidarity beyond the scope of our exclusivist national family.

What would happen if our education system taught us that Israel is not the only safe refuge for Jews? That nuclear, biological and chemical weapons are not an insurance policy for us? What would happen to students who began to view their parents’ immigration to Israel as just one of several options? Do anti-Semitism and fascism pose a similar threat today as they did before World War II? Maybe this way Israel would not need to endlessly victimize itself and unite against an imagined enemy.

Contes’ film reveals to us how German identity is far more complex than the worn out binary of friend or enemy, Nazi or Jew. Instead we see how nationalism is reconstructed around other values. In a rare moment, the SS officer’s name becomes part of the Jewish story, lodging itself into the most intimate memories of Jewish traditions. Although the parents claimed to have “forgotten” Michael’s story, Contes’s determination sheds light on the truth.

Israel is tied to the German regime. The Jewish people suffered near-extinction in countries under Germany’s control. But Israel also adopted the old model of German nationalism: one nation, one language, one land. That is why Israel seeks to get rid of the Palestinians and do away with the bi-national reality in Israel-Palestine. The fleeing of more than a million Syrian refugees and asylum seekers to Germany has created a cosmopolitan reality. Israel, on the other hand, cannot even imagine the return of millions of Palestinian refugees, who were expelled when the state was founded in 1948. Despite the ugly reality, Contes, who represents the Ashkenazi lower-middle class, is able to dig deep and find the most profound sense of humanity.

This seed that grows and connects humans to one another, one that sprouts as Contes faces his deepest crisis, shows that even the failure of the 2011 protests can teach us something that goes beyond our secure national borders. This seed leads me to recall Berlin before World War II, which served as a real cosmopolitan model for Jewish life. Perhaps today we can see a new model being built among Israelis, Palestinians and others from the Middle East, along with other immigrants, living together in Berlin.

Mati Shemoelof is a poet, editor and author who lives in Berlin. Join him on his FB page, website. And Twitter.