The Arab parties have understood that they better stick together so that they don’t crash into pieces like the Jewish parties – all because of the hysteria over being the most Jewish-Zionist-Israeli of all. 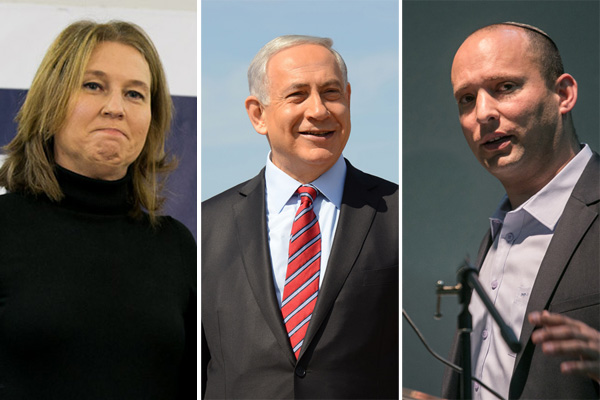 A few years ago, a salad company aired a commercial that played on a famous rivalry between the owners of different hummus restaurants in the Arab town of Abu Ghosh. Each owner claimed that his restaurant was the “original Abu Shukri.” At the height of the rivalry, Jacque Cohen, a Mizrahi Jew and spokesperson for the salad company, succeeded in uniting the restaurants, bringing peace to the town and appropriating their brand to sell in supermarkets. Because hummus, as the slogan goes “is made with love, or isn’t made at all.” And we, of course, are the only nation that aspires to peace and loves hummus. The name of the company, as you may remember, was “Sabra.”

Eighteen years ago, Benjamin Netanyahu whispered to renowned Rabbi Kaduri that “the Left has forgotten what it is to be a Jew.” Netanyahu, who pounced on the prime ministership after Rabin’s murder, demanded that Jews who live in Israel must prove their Judaism: it isn’t enough to be Jewish according to halakha (Jewish law) or undergo circumcision. It turns out that there is a Likud Jewmeter that re-defines who is a Jew. Supporting Benjamin Netanyahu? Required. Becoming a fan of the Beitar Yerushalayim soccer team? Advisable.

Many of Israel’s residents failed to meet these new criteria, but it was too late: the competition over who is a real Jew had begun. Over the years, all of our principles and vital assets were pulled out of the national closet in order to re-define who is a Jew/Israeli/Zionist. As time passes, the different camps splinter off and the definitions become evermore distinct.

The Holocaust, which was seen as a holy, consensus issue, was also enlisted in order to connect Israelis to Judaism. In 1988 Avraham Hirschson, a Likud political operative, established the “March of the Living” project. Since then, many Israeli high schoolers have traveled to Nazi death camps just before their enlistment into the army. Whether the journey has enriched their Jewish-Israeli identity or has simply given them the opportunity to enjoy their time in Krakow is a subject of great debate.

March of the Living was good business for a variety of groups: from the army, which recruited soldiers who were motivated to save the Jewish people from another Holocaust, to travel companies and different businesses. Several years ago, Hirschson (who by that point became Israel’s finance minister) was asked to explain what happened to his luggage, which came back from Poland with large sums of cash. Hirschson was also accused of dipping into public funds for his own personal use, and was eventually sent to prison for five years. 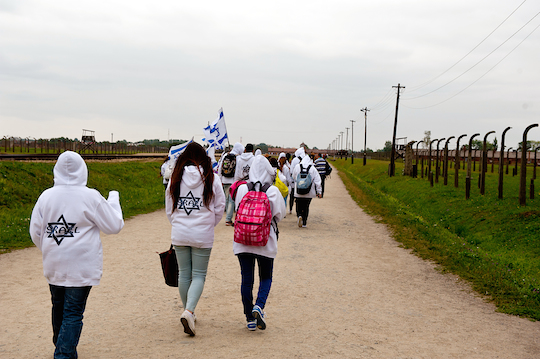 As time went by, the Holocaust turned into an easy-to-use natural resource, especially when it came to mobilizing public opinion and emotional manipulations (“a Second Holocaust,” “Auschwitz borders,” “ghetto”). Holocaust survivors were forgotten in the national closet – they did not receive compensation; many of them lived in poverty and loneliness; and others were unable to scrape by on the bare minimum. The Holocaust is nice when it is used as a political tool, yelled during soccer games or tugs at the heartstrings of the non-Jews. But money? We need that for security, deepening Jewish identity and the prime minister’s travels outside the borders of the ghetto to prevent a Second Holocaust.

There was a war here last summer. Bombs were dropped everywhere, people died, were wounded and/or lost their homes and properties. Israelis took to the streets for another round in the competition over who is Jewish/Zionist. My Arab neighbor (we live in Haifa) told me: “When I saw my neighbor wrapped in an Israeli flag, yelling at protesters who were calling for maintaining public sanity (a Holocaust survivor among them): ‘You anti-Semitic Nazis! It’s a shame that they didn’t finish you off in the gas chambers of Auschwitz!’ I knew that I have nothing to worry about. You are the ones who must worry –  you are the ones who are not seen as Jewish and Zionist enough.”

“I am the real Zionist, and I will not apologize for that,” claim Bennett and his ilk; “I am a Zionist and I am not ashamed,” yells Miri Regev while waving an Israeli flag in the teachers’ room in Kfar Saba; “I am the real Zionist and they are the anti-,” says Netanyahu from his king-sized bed on his plane or from his pool in Caesarea; “No loyalty – no citizenship,” says Liberman, while his former party members sit in police investigation rooms; “We are the Zionist Camp,” say members of the ‘Zionist Camp/Labor/Hatnuah, while pledging allegiance in their viral videos; Yair Lapid is, obviously, the new Israeli, and the members of the ultra-Orthodox don’t really care, since they are the real Jews anyway.

Arab members of Knesset heeded Jacque Cohen’s call for unity. They understood that what isn’t done out of love for survival, isn’t done at all, and that they better stick together instead of crashing into pieces like the Yahud are doing, all due to the hysteria over being considered the most Jewish-Zionist-Israeli of all.

Related:
The ‘anti-Zionist’ camp goes mainstream in Israeli elections
WATCH: What do Israelis think being a Zionist means?