Over 500 Israelis and Palestinians from near and far gathered in Susya (southern West Bank) on Friday to protest plans by Israeli authorities to demolish the Palestinian village in its entirety. Despite being a peaceful and nonviolent demonstration, the army fired stun grenades, tear gas, and threatened to use “skunk” water. One protestor was injured in the head by a stun grenade and required stitches. 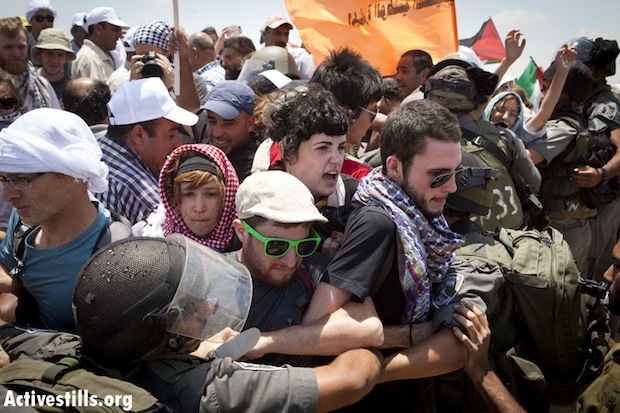 Susya – located in Area C of the West Bank under full Israeli control – is under threat of destruction, following the June 7 interim injunction by the High Court of Justice to stop construction in the village, and subsequent Civil Administration orders for the 52 structures that comprise it. (Read more about Susya here.)

Palestinian and Israeli protestors attempted to walk to the archeological site developed by Israel in Susya, from which the Palestinian residents were originally expelled in 1986 after Israeli archeologists found the remnants of a synagogue. The army quickly announced that it was an illegal protest and demanded we turn back and go home. They used stun grenades and tear gas to disperse the crowds, resulting in one injury. The army also had truck on hand to fire “skunk” water, which they threatened to use but ultimately did not. There were no arrests.

The relatively large turnout of support for the tiny Palestinian village was the result of successful coordination between Palestinian individuals and committees from all over the West Bank, including Ma’asara, Hebron, Beit Jala, Bethlehem and Bil’in. Abdullah Abu Rahmah, leader of the grassroots unarmed Palestinian resistance movement against Israel’s security barrier in Bil’in attended Friday’s protest.  Several Israeli anti-occupation activist groups – among them Ta’ayush, Combatants for Peace, Solidarity Sheikh Jarrah and Rabbis for Human Rights – organized six buses from Tel Aviv and Jerusalem bringing some 300 Israeli protestors. 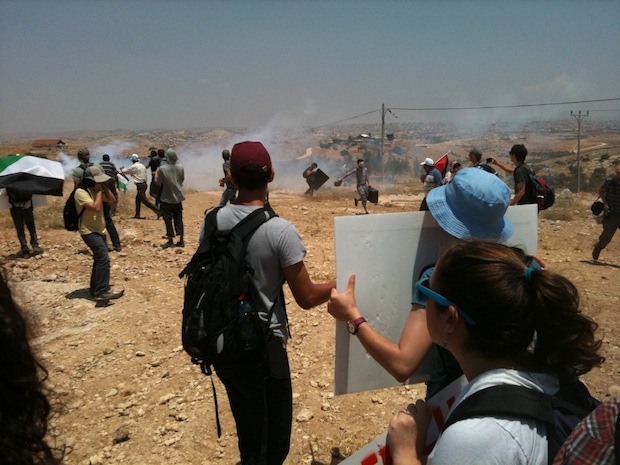 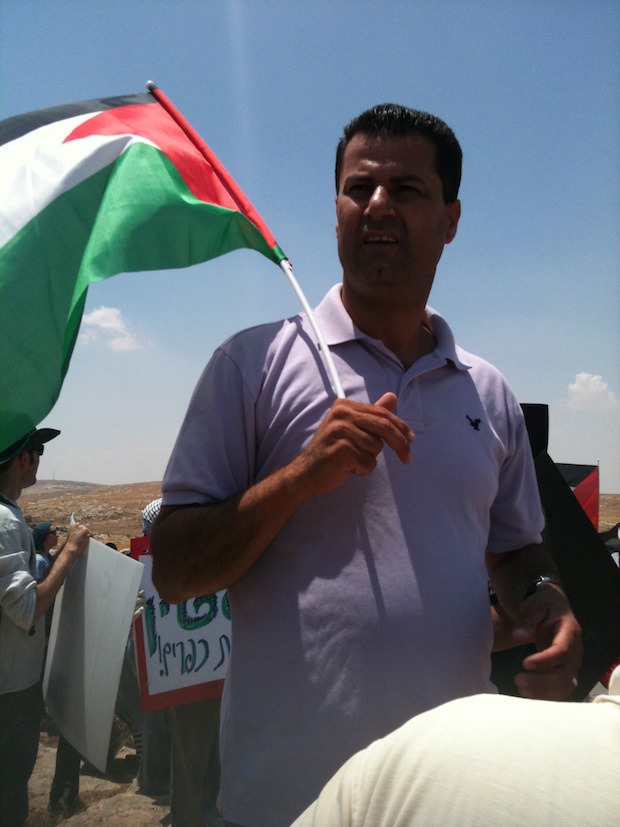 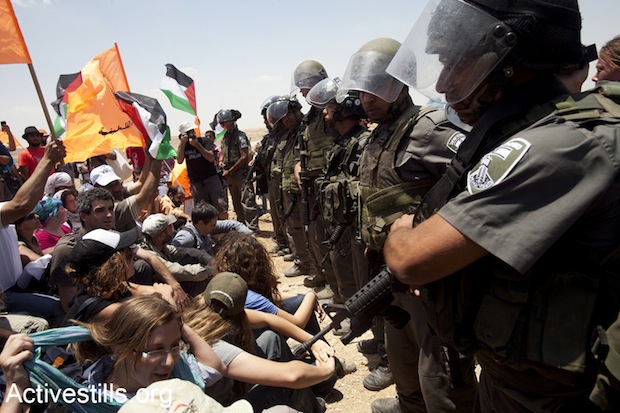 Related:
Call to action: Protest the demolition of entire Palestinian village
Palestinian from Area C describes a life in constant need of rebuilding
South Hebron Hills: A military regime for none or for all