Uriel Ferera, the young Orthodox conscientious objector who was sentenced to military jail for refusing to join the Israeli army, says he was made to stand almost completely naked while his guards laughed at him. Furthermore, the guards ridiculed his faith and humiliated him while he prayed. Later, the IDF prevented Ferea from receiving letters, emails and faxes in support of his refusal. A little over a week ago, Ferera was prevented from meeting his lawyer because he “did not wear his hat on time.”

Ferera was released from his first stint in military jail last Friday. However, he is expected to be sentenced and jailed once again on Sunday. Ferera, 19, is a resident of Be’er Sheva, an outstanding student and a social activist. He is refusing to serve in the army due to his opposition to the occupation, and has requested to do national service instead. The IDF decided not to accept his request, and jailed him instead. “Prison was difficult for me. They isolated me. The other prisoners didn’t know why I was in here, and I didn’t receive any letters – they probably didn’t want me to know about all the support on the outside.” 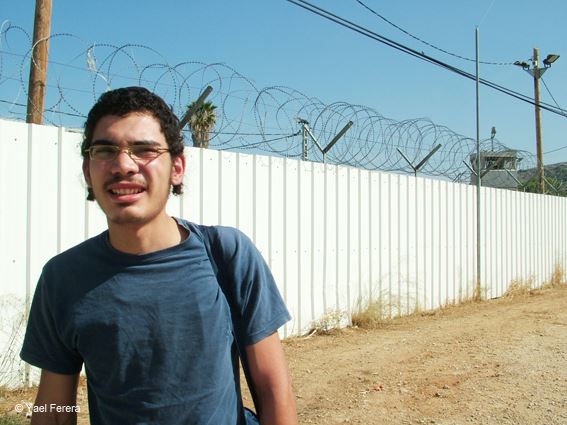 Ferera was able to call his mother several times before they put him in solitary confinement on his first day. The army was likely unhappy with what he told her. On the second day in jail, Ferera called his mother to tell her what he was going through. “At first I refused to put on a uniform. Because of that I was left with no clothing apart from underwear, socks and a shirt,” he told his mother. “I panicked and began crying, I felt horrible.”

I didn’t want to put on a uniform even though they yelled at me for ‘putting on a show.’ I couldn’t stand up and began shaking, the only thing I could do was pray and recite from the Book of Psalms by heart. Despite everything, I didn’t stop praying. They laughed at me. They claimed that God won’t hear me because he was too busy to get me out of there. There I realized that if they are able to humiliate a Jewish person like them. one can only imagine what they do to Palestinian teenagers in the occupied territories.”

Ferera also had a few things to say about his guards:

They are like robots in my eyes: they do not think or feel, and they enjoyed seeing me cry that night. There was no point in arguing with them and I put on the uniform. At 1 a.m. they let me sleep in solitary confinement. I took a mattress, blankets, civilian clothing and entered cell no. 4. The cell was 2-3 meters sq., had an open bathroom, a bunk bed and two windows. They gave me a guard, who was actually a prisoner himself, to ensure that I don’t try to harm myself. They only let me bring in holy books, I couldn’t sleep. The next day I didn’t feel like eating or showering. I was stressed, studied Torah and prayed all day. I passed the time through conversations with the guards.

Ferreira’s treatment only slightly improved. But as it seems, the army was “looking” for him. Three days after he was jailed he stopped receiving mail. “Since May 7, he has asked why he hasn’t been receiving the letters,” attorney Rowan Agbaria told Uriel’s mother Rutie. “On May 12 the company commander told him that the letters have ‘inappropriate and prohibited content’ that are not being allowed into the jail.”

But the army didn’t stop there. After disconnecting him from the outside world, it was decided to bar him from contacting his lawyer. “On Monday, May 12, Uriel requested a phone call with his lawyer but was never given a response,” said Agbaria. “When he requested a phone call on the following day, the sergeant told him that he cannot make a call because he is a military prisoner, and that he cannot use the phone because he didn’t wear his hat on time. I want to state that preventing him from speaking to a lawyer is a very serious matter, in light of the right of every prisoner to consult with a lawyer. We are taking both legal and media-related action on the issue.” 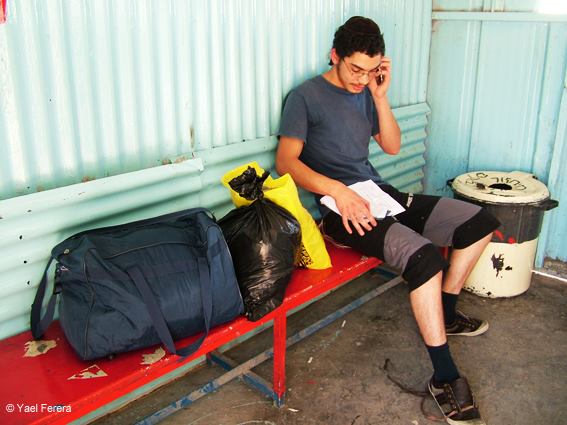 Ferea does not know what will happen to him: “they are supposed to sentence me again, like Omar Sa’ad, who has already served several terms. They’ll sentence me for refusing six, seven, who knows how many times.”

The company commander denied Ferera’s right to use the phone for three days due to his unkempt appearance. Nonetheless, denying him use of the phone does not include his right to speak with his lawyer – and the soldier spoke with his lawyer multiple times. The soldier did not receive letters, but rather propaganda against IDF service. Therefore, it was decided not to give material of this kind to prisoners. The soldier stayed in an organized cell with other prisoners, with conditions identical to other cells, which are cleaned on a daily basis during roll call.